Up by three, McIlroy refusing to play defense 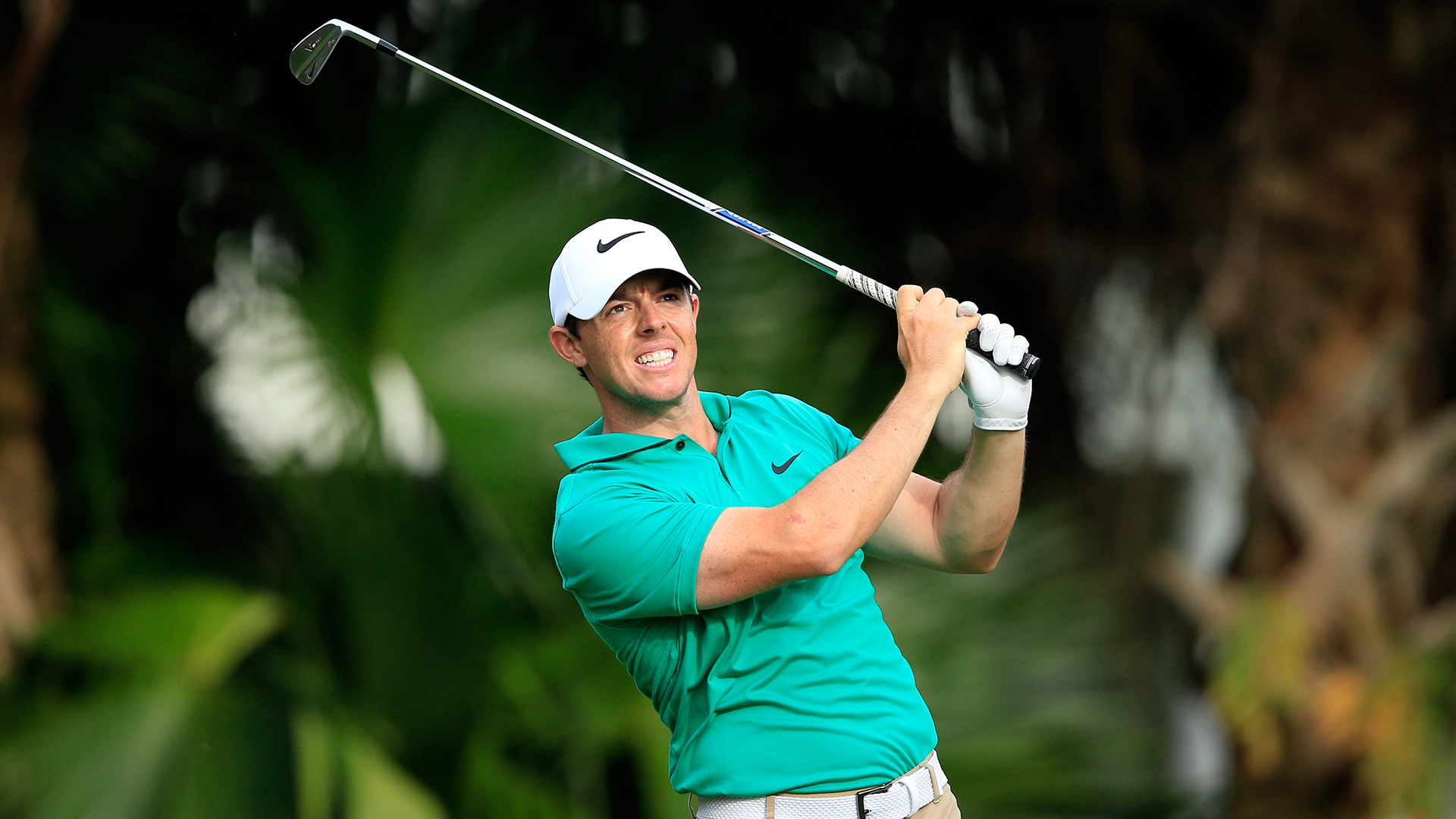 It was a lesson he learned in 2011 at the Masters, when he turned a four-stroke 54-hole lead into a gutting 10-shot loss by playing defensive.

“That's been my approach to having 54-hole leads, basically, since Augusta in 2011,” said McIlroy, who moved three strokes clear of the field at the WGC-Cadillac Championship with a third-round 68. “That's what I learned, that you can't protect a lead. You can't defend. You have to just keep going and set yourself a target. Basically, I can't play defensive. Defensive isn't my style.”

And what is that target score for Sunday’s final round?

“Going into the back nine today, I set a number and didn’t get there, so ... ,” smiled McIlroy, clearly reluctant to reveal the magic number.

Given the field assembled behind him – a list that includes defending champion Dustin Johnson, Adam Scott and Phil Mickelson – expect McIlroy to target something in the 3-under range on Sunday.