Three Open berths up for grabs in South Africa 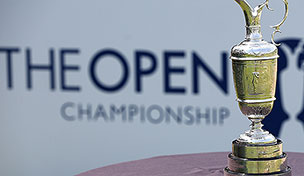 Three more Open Championship berths will be up for grabs this week at the Joburg Open in South Africa.

This European Tour event marks the second tournament in the Open Qualifying Series, which consists of 14 events in nine countries on five continents.

In December, John Senden, Bryden Macpherson and Rhein Gibson each qualified for this year’s Open at Royal Liverpool by virtue of their top-5 finish at the Australian Open.

This week, the Open berths will go to the leading three players not otherwise exempt who finish inside the top 10 (including ties) at the Joburg Open.

The next event is the March 6-7 Open qualifier in Thailand.