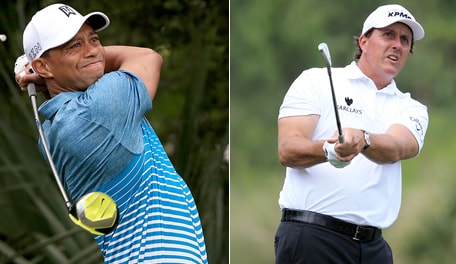 Tiger Woods and Phil Mickelson might be past their prime physically, but their marketability hasn’t slowed in recent years.

They are Nos. 2 and 3, respectively, in a ranking of the world’s most marketable athletes – behind only Roger Federer – according to findings published by the London School of Marketing.

Researchers considered such factors as current income from sponsorship and ability to attract advertising.

The only other golfer on the list: Rory McIlroy, who is No. 6, behind basketball players LeBron James and Kevin Durant.

Neither Woods nor Mickelson have won since summer 2013.