Tiger putts way into contention at The Open 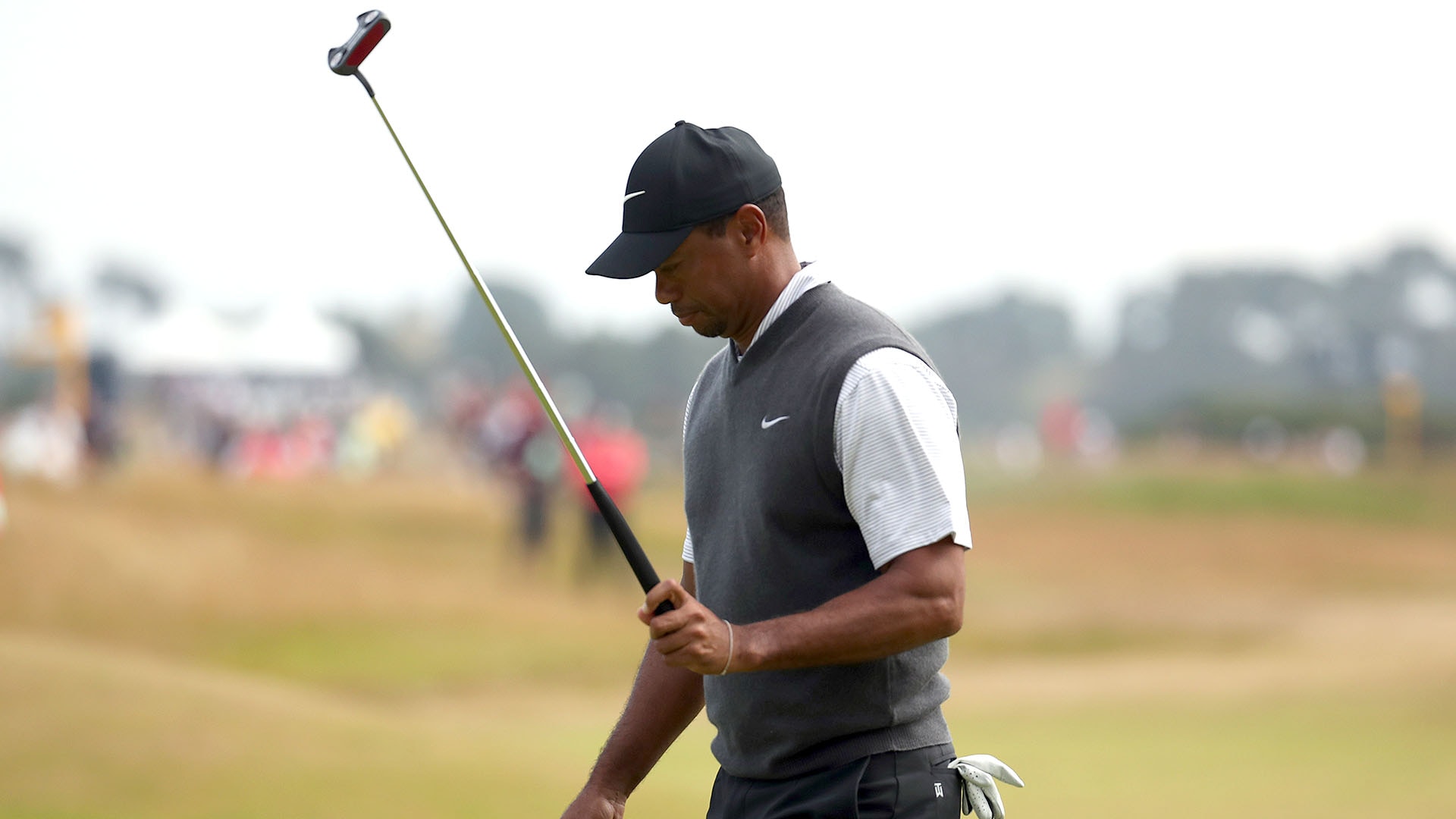 CARNOUSTIE, Scotland – When Tiger Woods benched his trusty Scotty Cameron blade putter last month at the Quicken Loans National for a new TaylorMade mallet-headed version some saw it as a sign of desperation, but if his performance on Carnoustie’s greens on Saturday were any indication it could end up being a calculated success.

Woods stormed into contention on Day 3 with a 5-under 66 to move to within shouting distance of the lead at The Open, thanks in large part to his vastly improved putting.

“I hit so many good putts out there today, and this week from distance, I've had really good feels,” said Woods, whose 29 putts on Saturday belies his performance on Carnoustie’s greens. “Even as this golf course was changing and evolving, I've maintained my feels with the putter. I've made a couple of putts from about 40 to 60 feet, which is nice. I just feel like I've been able to roll the ball.”

The highlight of Woods’ round came at the par-4 ninth hole when he charged in a 40-footer for birdie from the front edge of the green to begin a run of three consecutive birdies. Perhaps more impressive, he didn’t have a three-putt, and has only had two all week, which is always a bonus on links courses.

Woods temporarily took a share of the lead with a lengthy birdie putt at the 14th hole and scrambled for a par save at the last after his drive nearly found the Barry Burn.