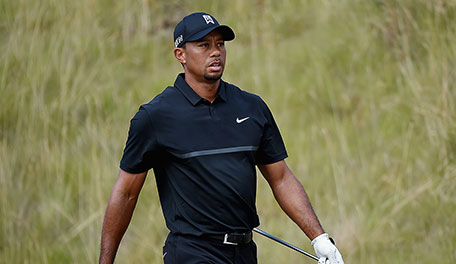 When Tiger Woods and Olympic skier Lindsey Vonn announced their split in May, they cited their hectic travel schedules as the reason for their breakup.

The National Enquirer reported Wednesday that there was another factor: Woods was having an affair with Jason Dufner’s ex-wife.

The Hollywood tabloid claims that Woods and Amanda Boyd have now been dating “for months,” and that Woods even flew her to Seattle last month when he prepared for the U.S. Open at Chambers Bay.

Woods’ manager, Mark Steinberg, said in an email to GolfChannel.com: “The report is categorically false. Absolutely zero truth to that ridiculous rumor.”

Boyd and Dufner, who married in 2012, finalized their divorce in March, citing an “irretrievable breakdown of the marriage.”

Woods and Vonn announced the end of their three-year relationship in early May. In a statement, Vonn said that Woods and his family “will always hold a special place in my heart.”

Woods, who is playing this week’s Greenbrier Classic, was not asked about the report following his pro-am round Wednesday. The only time he has publicly discussed his breakup with Vonn was on May 5, prior to The Players Championship.

“Obviously, it does affect me,” he said. “It is tough. There’s no doubt. I’m not going to lie about that, it is tough.”