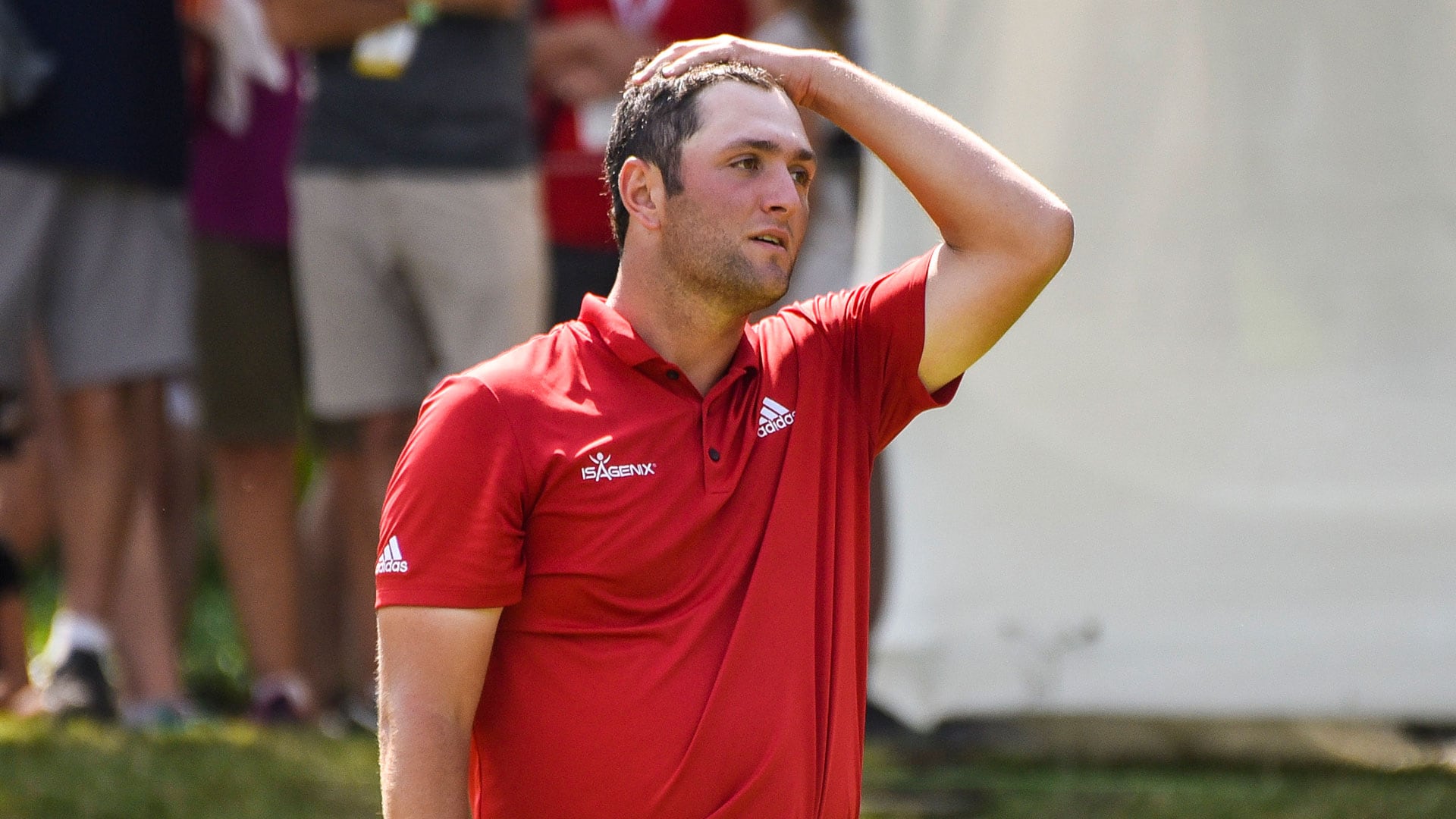 HUMBLE, Texas – The Shell Houston Open doesn’t have the world No. 1 this week, but it still boasts the other combatant from last week’s WGC-Dell Technologies Match Play finale.

Dustin Johnson withdrew from this event on Monday, opting to rest up for the Masters after playing seven matches in five days. The last of those came against Jon Rahm, who is making his debut at the Golf Club of Houston and said Tuesday that he never wavered on his decision to play this week.

“I was tired yesterday. I am tired today. That’s just things that happen, right?” Rahm said. “Luckily, I’m 22 and I’m pretty sure I’ll be able to get one good night (of rest) and be ready to play on Thursday.”

Rahm had originally planned to play an 18-hole practice round Tuesday, but instead opted to call it quits after only nine holes. Lack of course knowledge hasn’t been much of an issue this year for the Spaniard, though, as he continues to exceed expectations while often making his first trip to PGA Tour venues.

He’ll make another debut next week at the Masters, although it won’t be his first trip down Magnolia Lane. Rahm played a pair of practice rounds at Augusta National following the WGC-Mexico Championship earlier this month, and he is eager to build upon his burgeoning momentum in this final tune-up before heading to Augusta.

“I wanted to play this week before my first major of the year, just to see what it was like,” he said. “The main reason playing the week before is just to keep it going and keep the good game going. Last week I played good. Why wouldn’t I keep that level of play up?”

Rahm’s former college coach, Tim Mickelson, is now his manager, and he’ll play the first two rounds in Houston alongside another Mickelson. According to Rahm, his relationship with Tim hasn’t gained him any special insight from Phil when it comes to Augusta National tips from a three-time champ.

“I asked Bones once on the driving range at Whisper Rock,” Rahm said. “I haven’t talked to Phil. I still hope to get a practice round with him (at Augusta) and get some information.”