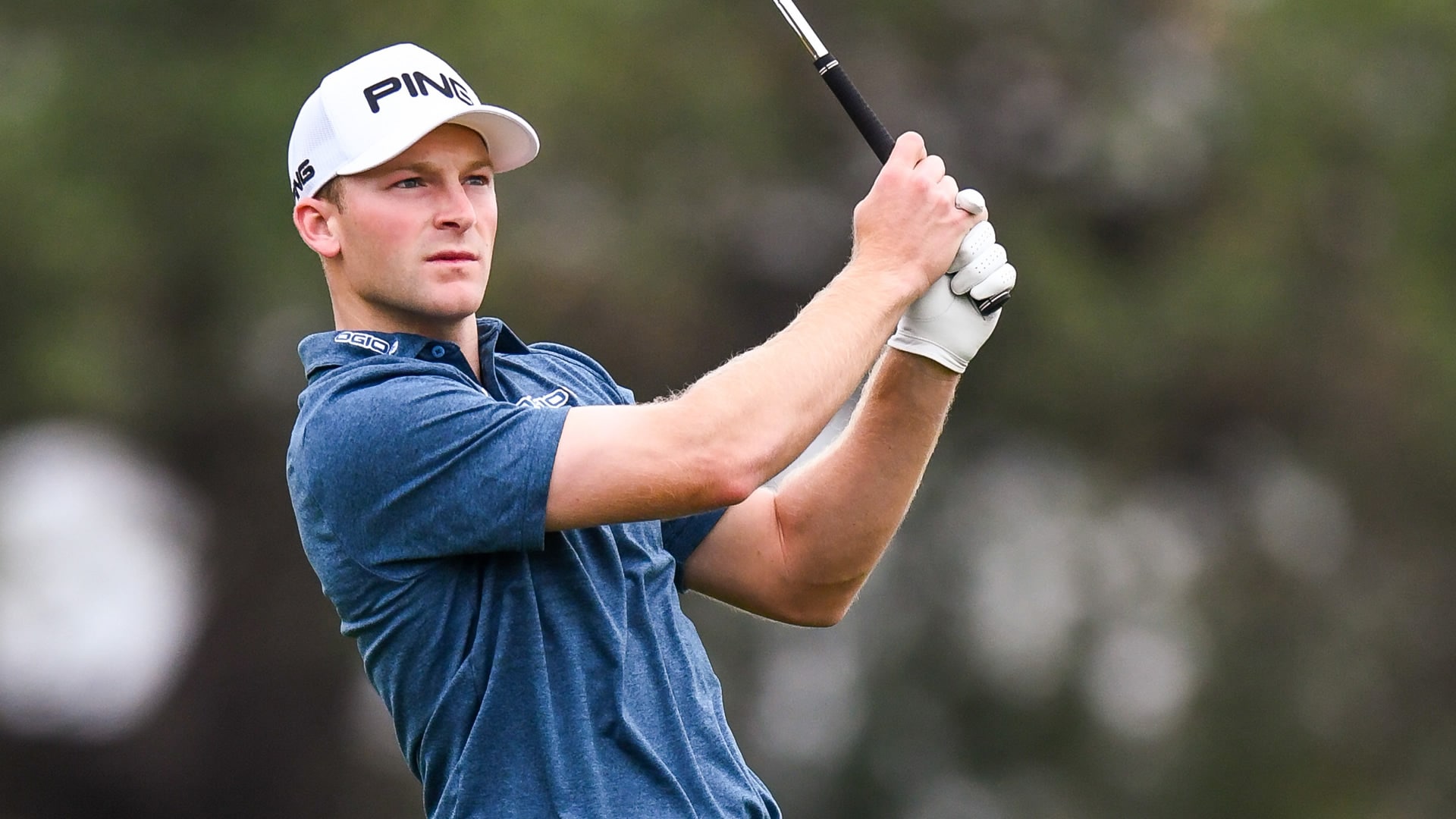 AVONDALE, La. – The PGA Tour handed out its first slow-play penalty since 1995 on Thursday during the first round of alternate shot at the Zurich Classic.

Rookie Brian Campbell and partner Miguel Angel Carballo each received a bad time and were assessed a one-shot penalty as a team, dropping their score to 2-over 74.

“I kinda felt like it was a little unfair,” Campbell told GolfChannel.com in the locker room before his second round, “but nothing we could do about it.”

As alternates, Campbell and Carballo were paired together at TPC Louisiana. They were the final group off on Thursday morning, along with local club pros Kyle Ramey and Phil Schmitt.

“I hate to say it,” Campbell said, “but they were struggling through the first five holes and we got way out of position.”

Campbell said they were “sprinting the entire round” and “couldn’t get ourselves back on time, because bad shots were still happening.”

They were first timed on the 10th hole. On the 11th, one of the section pros received a bad time, taking longer than 40 seconds to play a shot. Carballo received his own bad time on 12, and both players in the group were warned that another bad time would result in a one-shot penalty.

Said Campbell: “And then on 14, my caddie had to run up to the tee box because we were behind, and we were running all over the place. I had to go back to the green to tap in because Carballo missed the putt. In normal cases, we all get to the tee at the same time, but because my caddie was already up at the tee, I think the clock may have started a little sooner than I felt like it should have.”

Campbell apparently took longer than 40 seconds to hit his tee shot on the par 3 and received the second bad time. By the next hole, they’d caught up to the group in front of them and waited for the final four holes. The club pros had only one bad time.

Both Tour players tried to protest the penalty in the scoring tent afterward.

“The thing they kept saying is, ‘Policy is policy,’ which when they throw that in your face, we can’t really say anything,” Campbell said. “But we were trying to give them the whole entire scenario, like, ‘Listen, we were behind early. Do you realize who we were playing with?’ But they weren’t really considering those options. They’re like, policy is policy, you got a bad time, and you get the stroke. But there’s nothing we could have done better.”

It’s the first time that the Tour has doled out a slow-play penalty since Glen Day in 1995.

Campbell and Carballo were the last off during Friday fourballs, at 3:02 p.m. ET. 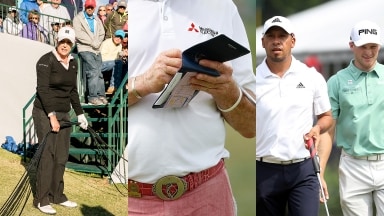 Don't get us wrong - it's not that there wasn't any news. It's just that most of the news was, unfortunately, about slow play. 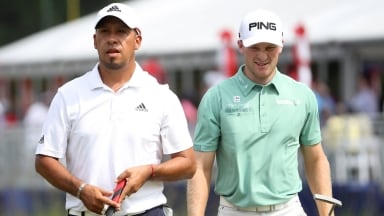 Cristie Kerr caught a lot of heat relating to slow play during Sunday's LPGA playoff, but the PGA Tour should catch more for its slow-play penalty on Thursday. 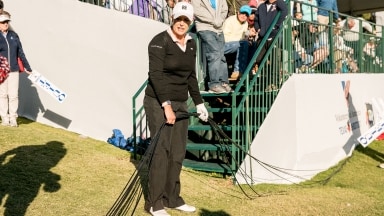 The LPGA is getting more attention, but for the wrong reasons. Meanwhile, give us more team golf and quicker rule changes.