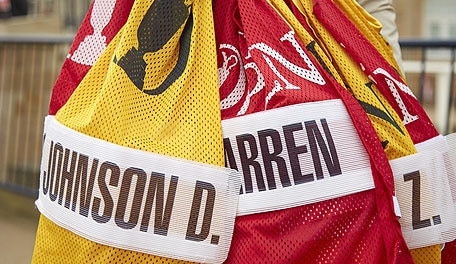 A U.S. District Court judge denied the PGA Tour’s motion to change venue on Thursday in the circuit’s ongoing lawsuit with a group of more than 80 caddies.

The lawsuit was filed in February in the U.S. District Court for the Northern District of California. It claims the Tour has engaged in restraint of trade and anticompetitive conduct involving the caddie bib, and challenges the requirement that caddies wear bibs with sponsor names on them without any compensation.

Attorneys for the caddies filed the lawsuit in California because the Tour has an office in San Francisco and because of that court’s involvement in the Ed O’Bannon vs. NCAA lawsuit last year, which was based on similar arguments to what the caddies are making against the Tour.

The Tour requested the change of venue to Florida’s middle district in March, claiming its offices in San Francisco are “temporary” and include “approximately 10 employees.”

The circuit also pointed out Florida’s middle district is closer to the Tour’s headquarters in Ponte Vedra Beach, Fla., but after a hearing that lasted about 40 minutes judge Vince Chhabria denied that request.

“I feel good about it. I feel like it was the right ruling. It’s positive and now gets the case moving,” Houston-based Gene Egdorf, the lead attorney for the caddies, told GolfChannel.com.

Egdorf said the next phase of the lawsuit will be a hearing on Oct. 1 to address the Tour’s impending motion to dismiss the lawsuit and Chhabria has scheduled a conference to map out the schedule for the rest of the case on Oct. 20.