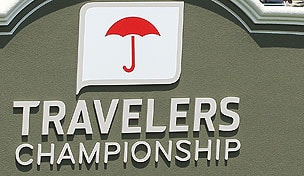 Travelers announced Thursday a 10-year title sponsorship extension of its PGA Tour stop in Hartford, through 2024. Travelers has been the sponsor of its hometown tournament since 2007.

The Travelers has generated more than $31 million for charities throughout Connecticut since the tournament’s inception in 1952.

This year’s event will be held June 19-22 at TPC River Highlands.

“As a longstanding pillar of the Greater Hartford community, Travelers took the significant step in 2007 to assure this tournament’s future and the continuation of its significant charitable and economic impact,” PGA Tour commissioner Tim Finchem said in a release.

“Since that time, the tournament has continued to prosper and remain a tremendous asset to the entire region, thanks to the outstanding partnership between the host organization and Travelers. We are thrilled that this legacy will continue.”