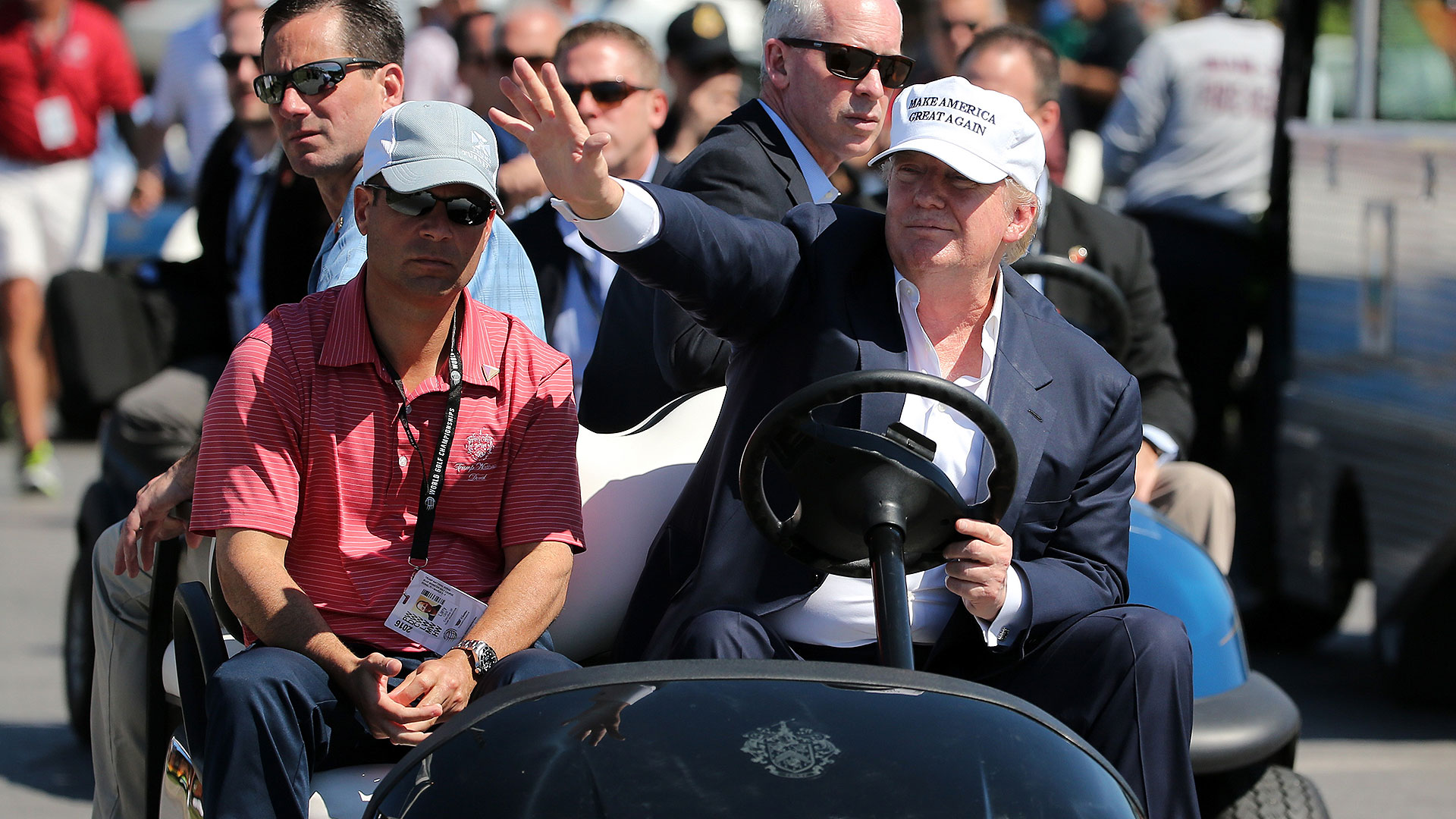 DORAL, Fla. – Rory McIlroy was just putting the finishing touches on his warm-up before heading out for the final round of the WGC-Cadillac Championship with a three-stroke lead when his attention was pulled away from his preparations.

Donald Trump, Doral’s owner and the leading candidate to become the Republican party’s nominee for president, had just arrived and the two frontrunners spoke briefly.

Whether the Tour stays at Doral, however, may depend on Trump.

Cadillac’s sponsorship of the event ends this year and the company has not indicated it will sign a new contract to host the $9.5 million event.

The PGA Tour has a contract to hold the event at Doral through 2023, but there is a provision that a new title sponsor would have the right to take the tournament elsewhere.

Trump had a meeting scheduled with Tour commissioner Tim Finchem on Sunday at Doral, and before that gathering, the commissioner explained that the circuit would rather remain in the South Florida market but was considering every option.

“If you look back on the last, say, 30 years, we have moved out of markets before, but not very often. And usually, we look at the situation as to how can we improve it. We're not looking to leave,” Finchem said.

“Having said that, we have to have sponsorship to conduct a tournament. So it's never in our business to make all the decisions. We have partners and stakeholders, and they have a lot to say about these things.”

Trump also explained that the success of Doral, and his other golf properties, isn’t dependent on hosting professional events.

Trump also dismissed the idea that his relationship with golf’s ruling bodies – including the Tour, R&A, USGA and PGA of America – has been strained by his campaign and bombastic dialogue.

“My relationship [with golf’s ruling bodies] is very good, I’m also the frontrunner [for the GOP nomination],” Trump said. “Being the frontrunner people like you more than if you were No. 12.”

As for his own game, Trump said his bid for the White House would be good for golf, if not his own game.

“It would kill my game but it would be good for golf,” Trump said. “It won’t help my game because I’ll be working, I’ll get to play.”