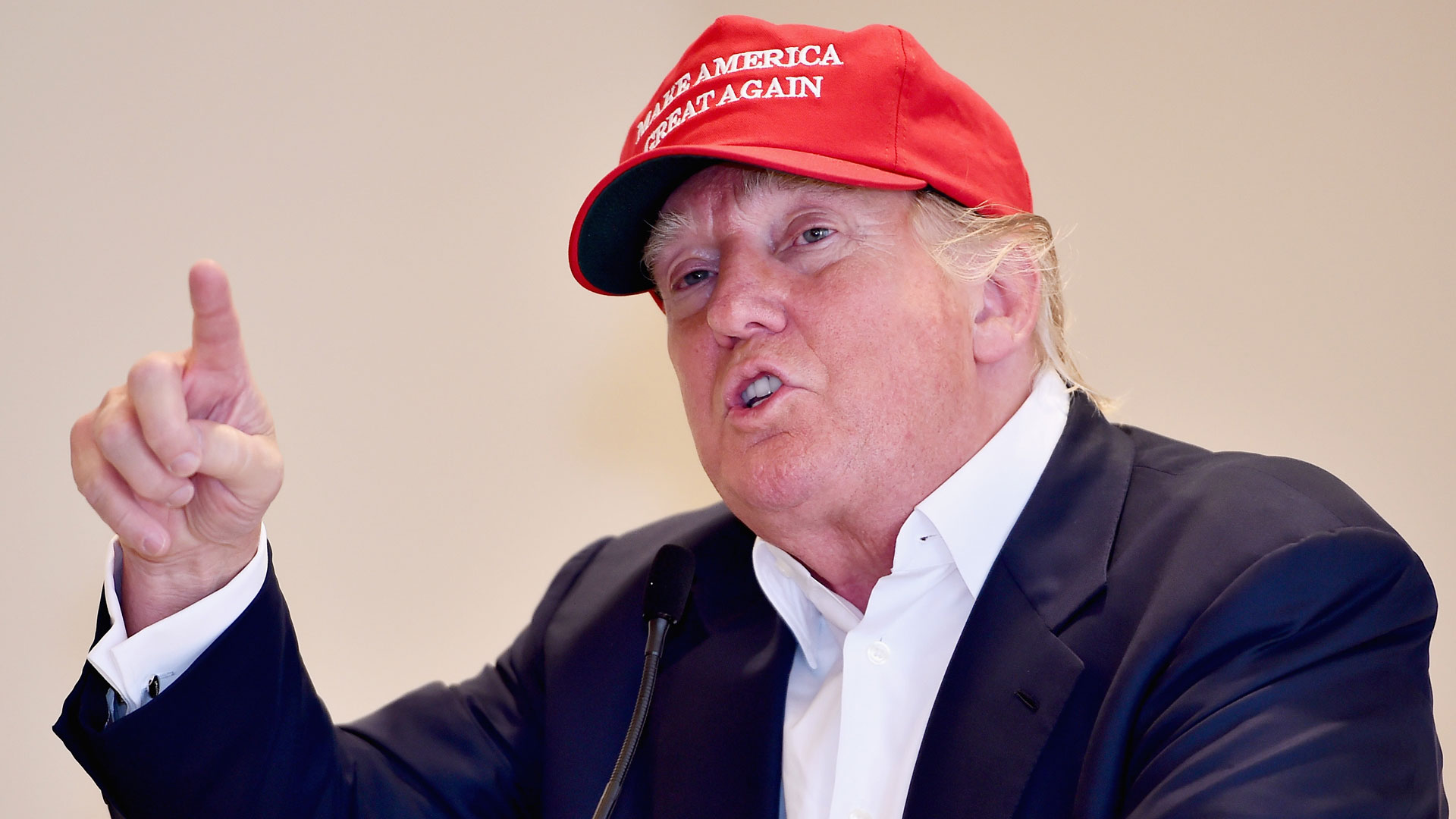 The short form of this story is that the author of a biography critical of Donald Trump got kicked off Trump's private golf course in West Palm Beach, Fla. - by the president-elect himself - on Friday. If you're into the whole brevity thing, that's pretty much it, other than the guy's name is Harry Hurt III; the biography, published in 1993, is titled “Lost Tycoon: The Many Lives of Donald J. Trump,” and the golf course in question is Trump International.

First, all this information comes from two sources: Hurt's account of the incident that he posted on his Facebook page, and an article by Politico, which interviewed several of the people involved.

According to Hurt's Facebook entry - in which he refers to himself in the third person - he "had come to play with billionaire industrialist David H. Koch, a Trump club member, and two other golfers."  Hurt approached Trump on the practice range, "only to suffer a tongue lashing from the president-elect."

“I said, ‘Congratulations, sir,’ and shook his hand,” Hurt wrote. “Trump said, ‘You were rough on me, Harry. Really rough. That [expletive] you wrote.’”

Newsmakers of the Year: No. 3 Donald Trump | Photos: Trump on the course

Hurt had written that Trump’s ex-wife Ivana alleged during her 1990 divorce deposition that Trump “raped” her during the divorce proceedings. Ivana Trump later said that she did not intend for her use of the word “rape” to be interpreted in “a literal or criminal sense,” according to a report in The New Yorker. Trump has denied the allegations.

Hurt said he responded, “It’s all true,” and Trump replied, “Not in the way you wrote it.”

Hurt said Trump then told him it was “inappropriate” for him to play at the club, and had security escort the whole group off the grounds. "David [Koch] was appalled," Hurt wrote. "He branded Trump ‘petty’ and 'vulgar.’"

The Politico report cited an official from Trump's transition team "who was briefed on the incident, but did not want to be identified discussing a testy exchange involving the president-elect."

According to the transition official, Trump told Hurt, “you’re out of here.”

Another member of the foursome, fellow GOP donor John M. Damgard, told Politico that “Harry just said he had been asked to leave. I thought he was kidding. And then I learned that there had been some previous bad blood between them from back in the '90s, apparently. Unbeknownst to us, he had written a book or an article that was critical of Trump.”

Damgard said that “rather than exacerbate something that wasn’t going to go very well, we just decided to get into the car and leave.”

A Koch associate told Politico that Hurt offered to leave and allow the rest of the foursome to continue playing without him.

The Koch associate said Hurt had approached Trump “as a courtesy.”

“Harry was with a young lady who was a friend and he thought it would be fun to introduce her to the president-elect,” Damgard said.

But the transition official said Hurt was “trying to instigate.

“The course security actually had to go and tap him on the shoulder and tell him to leave."

When Koch protested that Hurt was part of his foursome, security informed Koch that he could either leave with Hurt or play without him.

Damgard denied this, saying, “We had no interaction with security.”

“There was nobody tapping me on the shoulder, nobody forcing me out,” Hurt told Politico.

Hurt said he posted his account on Facebook “to have a true factual narrative of what happened when I was there between Donald Trump and me.” He said “I knew that this story was going to get out and that there are a lot of people, such as the Trump transition people … who were going to take different facts and twist them and say things that were not true.”

The transition official suggested to Politico that Hurt was looking for publicity. “The courtesy would have been to just tee off with David Koch and keep to yourself,” the official said. “He could have easily teed off with Koch, and nobody would have said anything.”

In the end, the group drove across town and played another private course, Emerald Dunes. Hurt described it as "a much, much better golf course than Trump International.”