Trump: No word from Tour about WGC's future at Doral 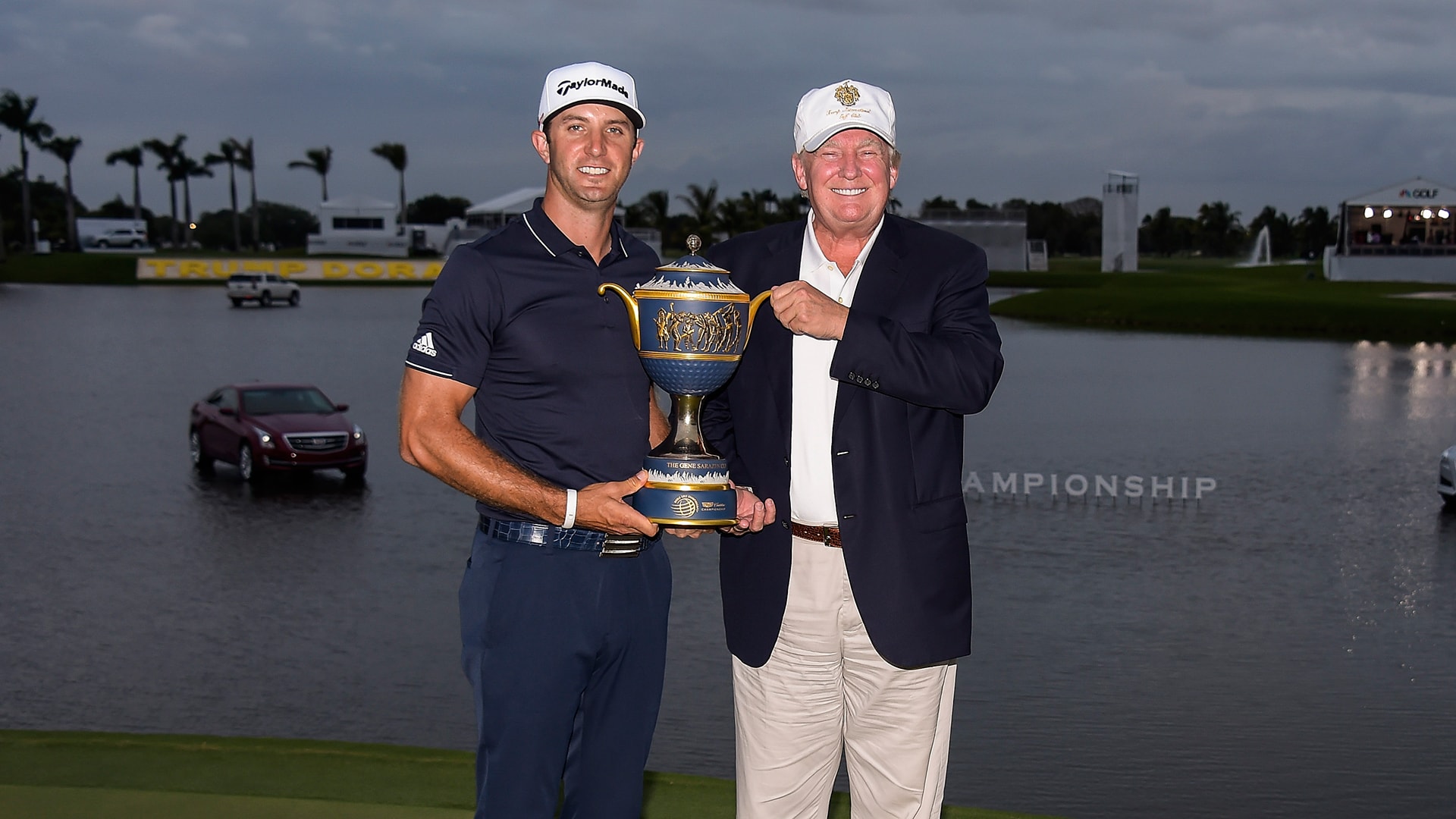 The PGA Tour has not committed to hosting an event at Doral beyond the 2016 season, but if the Tour isn't bringing the WGC-Cadillac Championship back to the Blue Monster, it has yet to inform resort owner Donald Trump.

Per Golf.com: The Republican presidential frontrunner said that he had not heard from the Tour on the matter but predicted that the Tour would not follow through.

"They do not want to do that,” Trump said. “There’s no site like Doral in Florida. I have the greatest site in all of Florida."

Shortly after Trump in December made public his stance that the United States ought to temporarily ban Muslim immigrants from entering the country, the Tour released a statement that it would "explore all options regarding the event's future."

Should the Tour decide to relocate, this would not be the first time Trump has lost a professional event because of his political stances. He and the PGA of America "mutually agreed" not to host the PGA Grand Slam of Golf at Trump National Los Angeles this past fall following Trump's comments about undocumented Mexican immigrants. The event was later cancelled. Trump said at the time that the move would allow him time to renovate the golf course.

As for what will happen if the PGA Tour opts not to return to Doral: "If they want to do that, it's fine with me," Trump said. "I'll make more money."

This year's WGC-Cadillac Championship is slated for March 3-6.