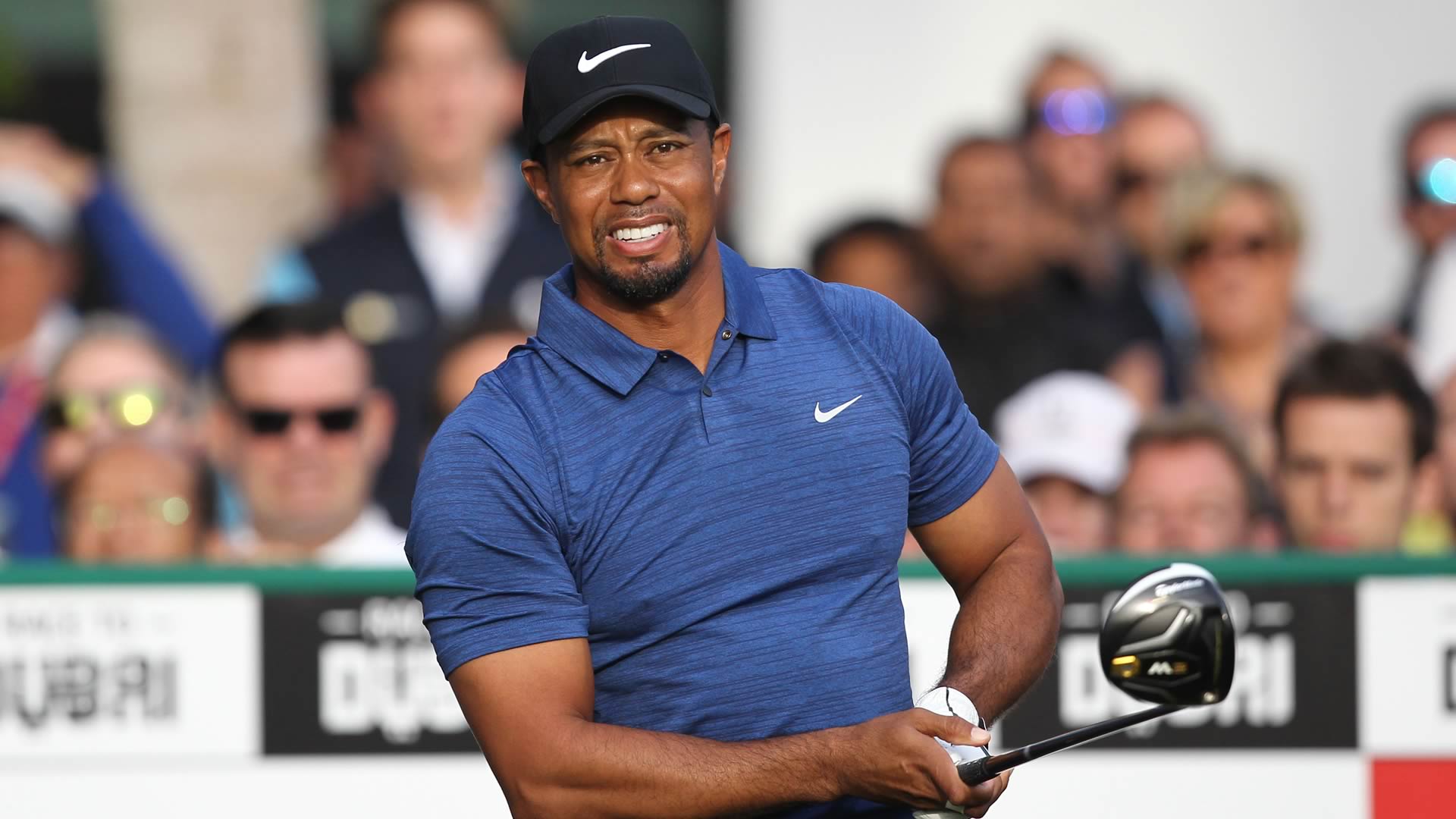 DUBAI, United Arab Emirates – Here are some things I think after Tiger Woods’ 5-over 77 Thursday at the Omega Dubai Desert Classic:

• A day that began with so much promise ended with me feeling like I went 10 rounds with Mike Tyson in his prime. The bogey on the 10th hole (his first of the day) set the tone quickly and after another bogey two holes later Tiger started pressing.

• There was promise because this course is much, much easier than both at Torrey Pines and the conditions were damn near perfect. If Tiger shot 76 last week in more difficult conditions, something under par was expected in Round 1. Instead, Tiger failed to record a single birdie and was 12 shots worse than Sergio Garcia who was playing in the group ahead. Sergio Garcia!

• Often stats help tell the story, other times they seem misleading. Not sure which category Thursday’s digits fall into. Tiger hit 10 of 14 fairways (pretty decent) and only hit 11 of 18 greens (not great), but took 33 swats with the putter (atrocious). In fact, Tiger would count more than 33 putts because there were a couple that were from the fringe only inches off the green.

• Tiger’s iron play during the Wednesday pro-am was solid (I know, it’s only a pro-am, it really doesn’t mean squat), but it kept him from having any decent birdie looks all day on Thursday. And, again, the putting was unspeakably bad. He couldn’t get the ball to the hole. Ever.

• There was a lot of Twitter buzz wondering if Tiger was injured again. He insisted afterward that he felt fine. I think the way he walks and the way he swings is the new normal, and it’s always going to look like it hurts way more than it used too. Because it does.

• Tiger’s group was put on the clock walking up the sixth fairway. Tiger never looked the official in the face when getting the news. Matthew Fitzpatrick plays quickly, Danny Willett is glacial and regrips 8,000 times before pulling the trigger and Tiger was, well, hitting a lot of golf shots. No wonder.

• Not gonna lie, I had a lot of great tweets today, about a lot of bad shots. This one was sent to people who were asking about my wellbeing after he plunked it in the water on No. 18:

• Looking ahead, high winds (up to 30 mph) are expected all day on Friday and it just doesn’t make for a reason to hope Tiger gets back on track with a good round. If he does, great. He’ll still miss the cut. But we’re basically looking at a week off before back-to-back starts at Riviera and PGA National.