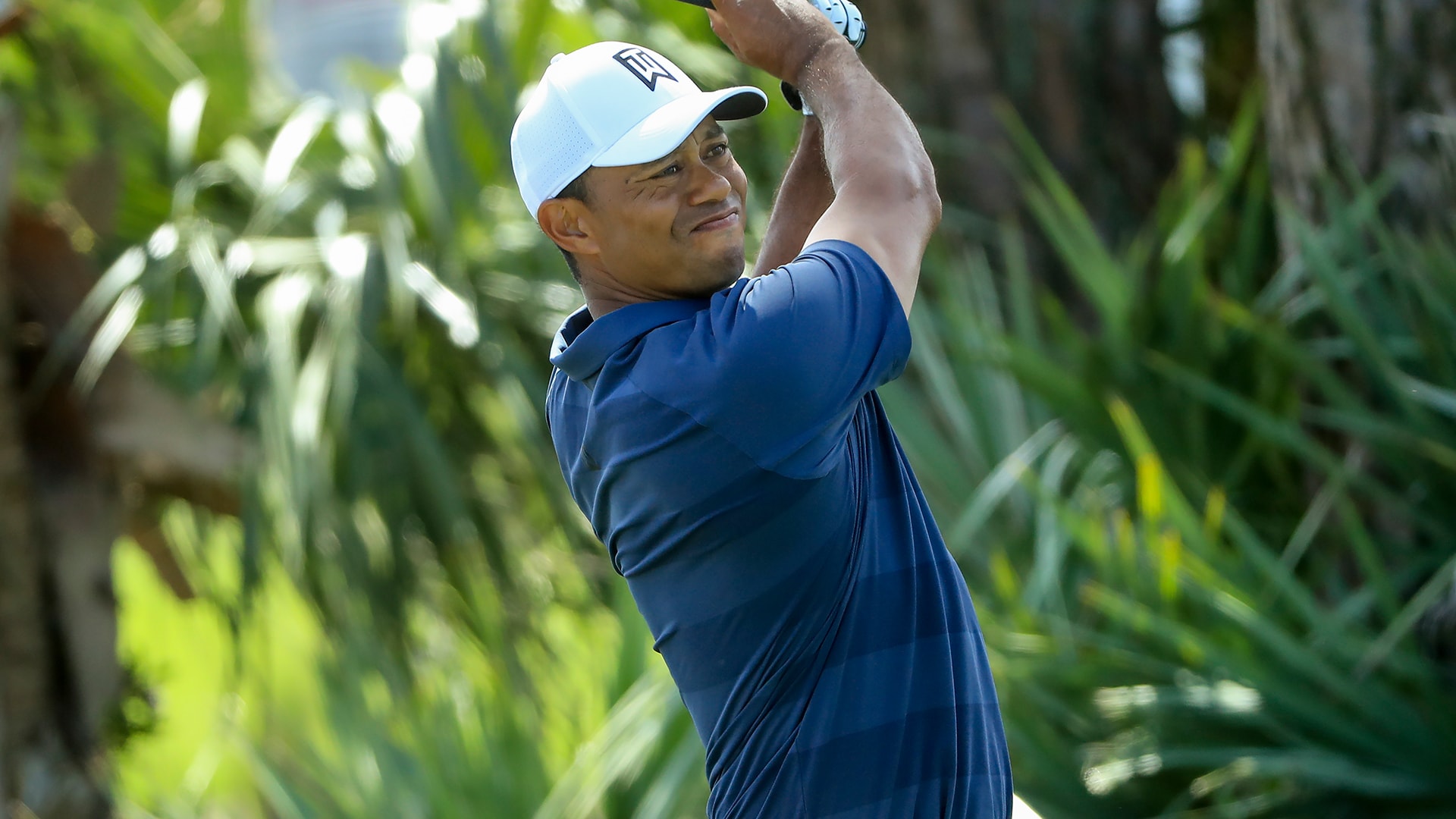 PALM HARBOR, Fla. – After 22 years away, Tiger Woods finally returned to Innisbrook Resort on Tuesday for his first preparations for this week’s Valspar Championship.

As you’d expect, I was there from the moment he set foot on the grounds. Here are some observations from his stress-free trip around the front nine of the Copperhead Course:

• Woods got to the range just after lunch, then played a nine-hole practice round with Ryder Cup captain Jim Furyk and fellow vice captains Steve Stricker and Davis Love III. As far as I could tell, they did not decide when the team will visit the Eiffel Tower this fall.

• Woods was relaxed throughout his warm-up session, and his practice round didn’t include any foul balls. The misses were playable, including on both par-5s when his driver missed the target. The best shot of the day came with driver in hand on No. 9, where he uncorked a power fade that split the fairway and flew at least 330 yards.

• Much of Woods’ focus came around the greens, where the rough is nothing short of gnarly. There were plenty of pitches and chips to various quadrants of greens as he tried to get a feel for both how the ball will sit in the grass and how it will react once it lands on the green. Typical Tuesday stuff.

• Woods spoke briefly after the round, and he admitted that he didn’t remember much about the course. It’s understandable given that he hasn’t been back since teaming with Kelli Kuehne in a co-ed team event in 1996. Following an afternoon that included a few blistered 2-irons off the tee, he remarked that the last time he was here some of the guys were still using persimmon woods. How times change.

• Woods will be back at it early Wednesday morning for his pro-am round, where he’ll encounter the back nine for the first time since the Clinton administration. He’s grouped with Jordan Spieth and Henrik Stenson for the first two rounds that count.