TT Postscript: Woods (71) makes cut, has work to do 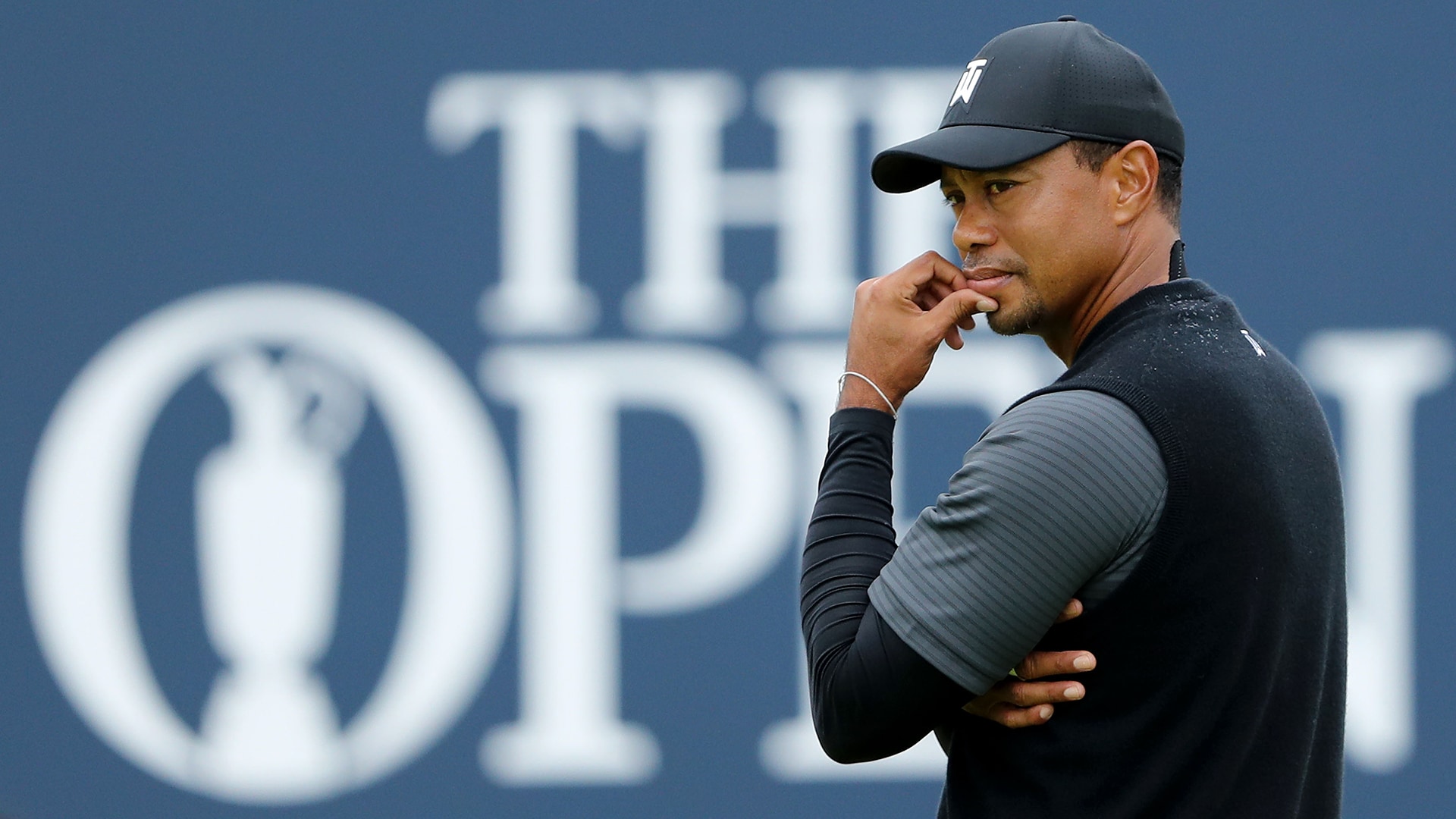 CARNOUSTIE, Scotland – Here are a few things I think I think after Tiger Woods shot a second consecutive even-par 71 Friday in the second round. And yes, he made the cut:

• Tiger said all 71s are not created equal. On Thursday, he made three birdies and three bogeys. On Friday, he made four birdie and four bogeys. Which round was better? The first. His theory is that, despite the rain, conditions were easier in the second round and there were more scoring opportunities. He didn't take advantage.

• This is the first time since the 2013 Open at Royal Lytham & St. Annes that Tiger shot par or better in each of the first two rounds of a major. That’s quite a long time ago.

• Stat line for the day: 11 of 15 fairways, 13 of 18 greens, 32 total putts. Tiger hit one driver and two 3-woods on Thursday and four drivers on Friday, only one which found the fairway. An errant drive at the second led to him sniping his next shot into the gallery. 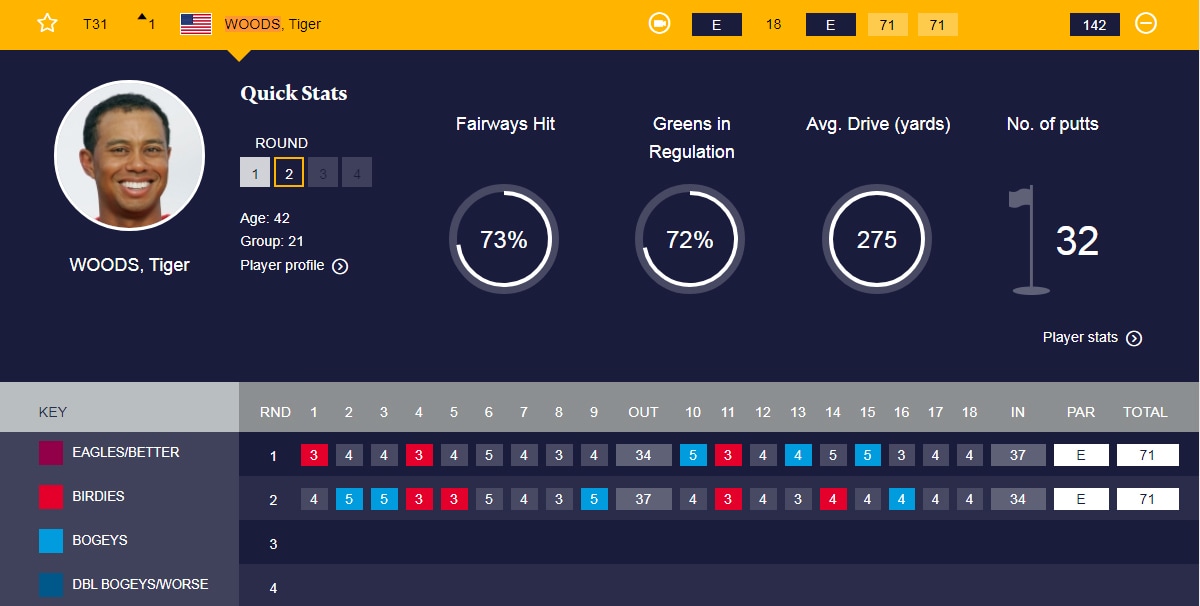 • In his own words: “I could have cleaned up the round just a little bit. I got off to not exactly the best start, being 2 over through three, but got it back. The golf course was a little bit softer today, obviously. It rains, and we were able to get the ball down a little bit further, control the ball on the ground a little bit easier today, which was nice.”

• At some point Tiger is going to have to be more aggressive. He will be quite a few shots off the lead by day’s end and he'll have a lot of ground to make up. Hitting irons off the tee is great for position golf, but it’s often leaving him more than 200 yards into the green. Not exactly a range for easy birdies.

• Sure, it’s too soon to say Tiger can’t win a fourth claret jug, but with so many big names ahead of him on the leaderboard, it’s unlikely. Keep in mind that a top-six finish would guarantee him a spot in the WGC: Bridgestone Invitational in two weeks. At The Players, he stated that this was a big goal.

• My Twitter account got suspended momentarily when Tiger was standing over a birdie putt on the 17th green. That was the most panicked I’ve been since Tiger was in contention at the Valspar.