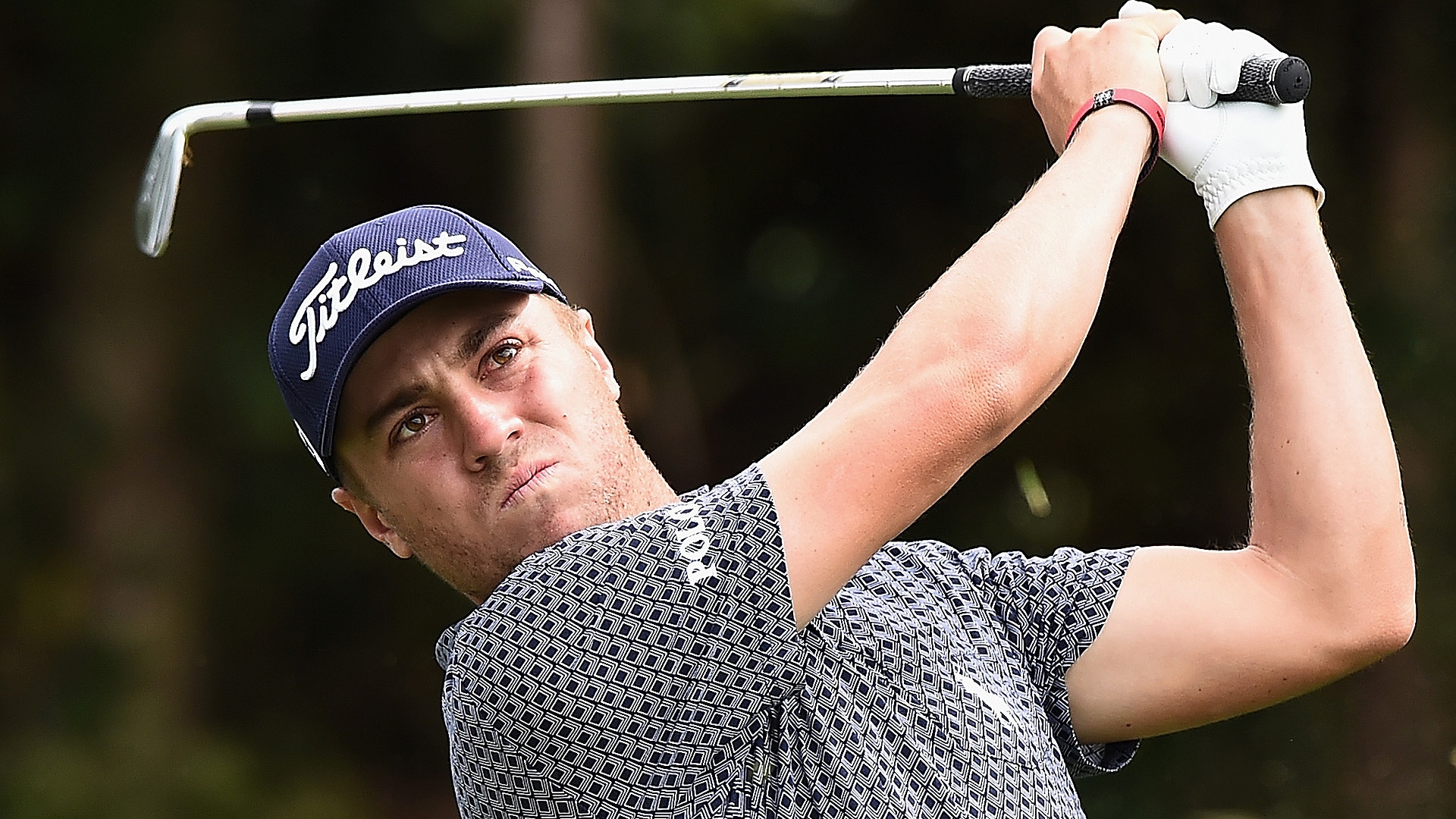 "If there is not much wind, the scores are going to be pretty low," he said before the beginning of the inaugural CJ Cup at Nine Bridges. "It's not very difficult in terms of how wide the fairways are, and with the course being pretty soft we'll be able to have a lot of control over what we are doing."

Thomas, the reigning PGA Tour player of the year and FedExCup champion, hit 12 of 14 fairways and 14 of 18 greens in regulation in a 9-under-par 63 that gave him a three-shot lead in the first round at Nine Bridges Golf Club on Jeju Island, South Korea.

Starting on the back nine, Thomas eagled both par-5 holes to make the turn in 29. He cooled off on the front nine, but birdied his final hole for the 63.

It was a strong comeback for Thomas, who had finished T-17 in last week's CIMB Classic, an event he was trying to win for the third consecutive year.

At Nine Bridges, Thomas bogeyed his first hole before setting off on a blistering stretch from the 12th through the 18th hole where he made nothing more than a 3, going 3-3-3-3-3-2-3. One of his four birdies came via a holed bunker shot at the par-4 15th and another came on a chip-in from the frnge at No. 16.

"It was a weird day," Thomas said. "It started off with a really badly played bogey and then I went on a seven-hole stretch where I kind of went unconscious and that was pretty much most of my round."