Two putting grips add up to 67 for Mickelson 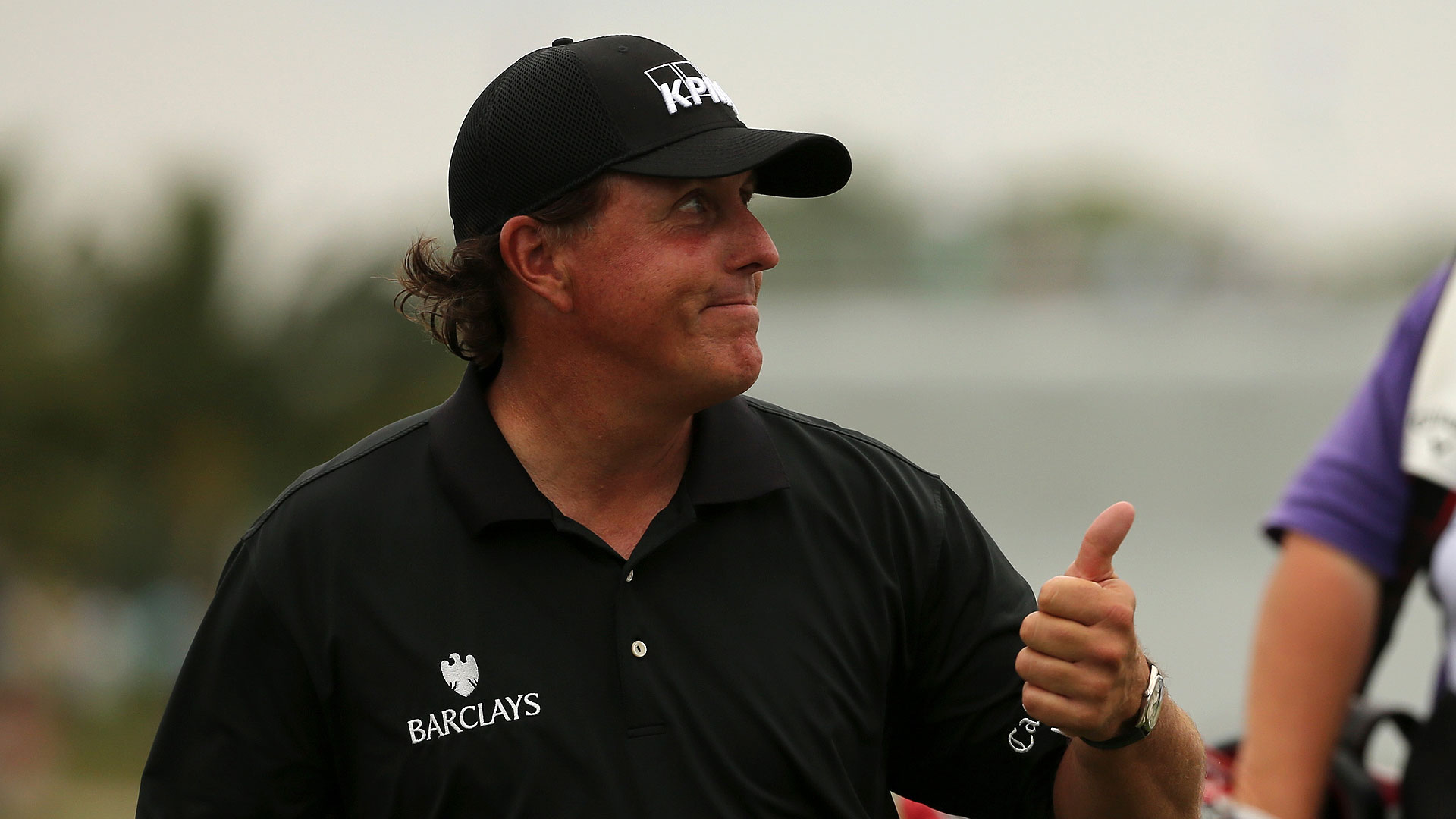 DORAL, Fla. – Phil Mickelson continued his solid play on Thursday at the WGC-Cadillac Championship, opening with a 5-under 67 for his lowest round at Doral since Day 2 at the 2013 event.

Mickelson, who finished second last month at Pebble Beach and started his year with a tie for third place at the CareerBuilder Challenge, ranked ninth for the day in strokes gained-putting, a particularly encouraging statistic considering Lefty bounced between grips throughout the round.

Mickelson has switched between a claw and conventional grip recently depending on the length of the putt.

“I believe that the claw grip is a better grip for short putts.;I just have always believed that,” said Mickelson, who finished with a bogey-free closing nine that included four birdies.

“There's so much better extension and it's such a softer hit without having that bottom hand on the club that I like it for short putts, and would like to use it on short putts, and a regular grip on longer ones for a better feel.”

The two-grip rotation led to Mickelson’s best opening round of the year and sole possession of third place.