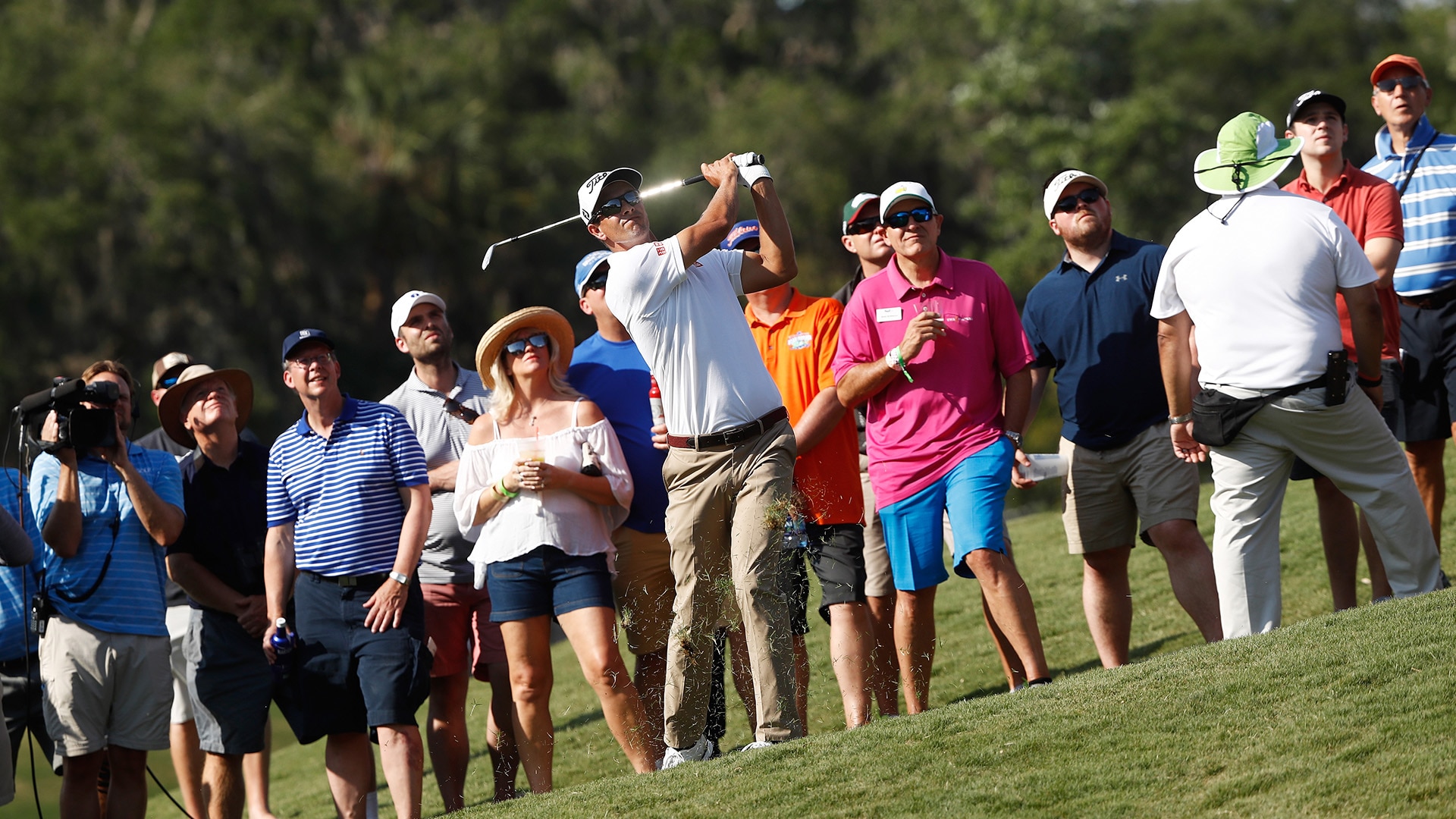 The Australian, who won The Players in 2004 and has missed the cut just three times in 15 starts at the PGA Tour’s marquee event, was 6 under par and leading after a birdie at the 15th hole when, essentially, two swings cost him four strokes.

At the par-3 17th hole, Scott’s wedge hit the bank short of the green and rolled back into the water - double bogey - and after his tee shot found the “worst lie [he] could imagine” right of the 18th fairway, he hit his next shot into the water for another double bogey.

But it was his tee shot at the 17th that was still gnawing at Scott after his round.

“I'm only disappointed with my wedge shot into 17, that's the only one I would really like to have back,” he said. “Dump it further up in the green and hit it a bit more solid and it might have been a different story at 18.”