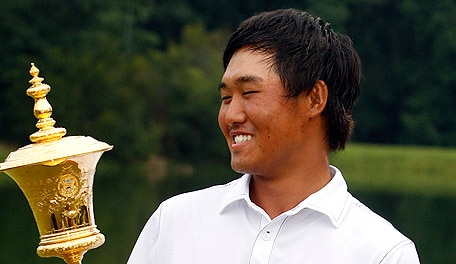 The San Diego Union-Tribune’s Tod Leonard reported Thursday that Yang, a redshirt sophomore, was taking a one-year absence from school to play pro events in Japan, Korea and Australia as an amateur.

Two weeks ago at the U.S. Amateur, Donovan told GolfChannel.com, “It’s going to be a game-changer. Now I’ve just got to make sure I keep him in school and he doesn’t turn pro on me.”

Yang isn’t turning pro, not yet anyway, but it seems highly unlikely that he’ll ever return to campus.

And so continues a trend for recent U.S. Amateur winners.

Ben An, then 17, became the youngest champion in history in 2009. He played one mediocre season at Cal and turned pro a year later. Last year, Matt Fitzpatrick hoisted the Havemeyer Trophy and was the No. 1 amateur in the world, but he lasted only one semester at Northwestern before leaving school.

At least they had sterling résumés.

This move seems particularly risky for Yang, 20, who was No. 776 in the World Amateur Rankings prior to his victory Aug. 17 at Atlanta Athletic Club. Now 99th, and with only four college starts under his belt, he has yet to show the week-in, week-out consistency that is necessary in the pro game. Yang’s U.S. Amateur victory secured him spots in the 2015 Masters, U.S. Open and British Open, assuming he stays amateur, and he will be exempt into a handful of PGA Tour events as well.

It’s a tough break for San Diego State, which last year was ranked No. 41 according to Golfstat. All signs pointed to an even more promising season for the Aztecs, especially after senior Xander Schauffele won the California State Amateur and reached the Western Amateur finals. Though Yang was a non-factor in his two injury-shortened seasons, his victory brought a new level of exposure to the SDSU program.

“I think it’s going to be priceless for us,” Donovan told the Tribune a few weeks ago. 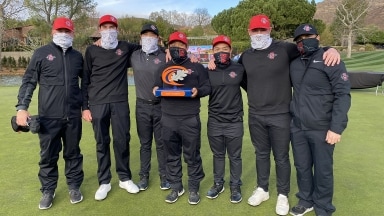 ‘Why not us?’ San Diego St. wins Southwestern 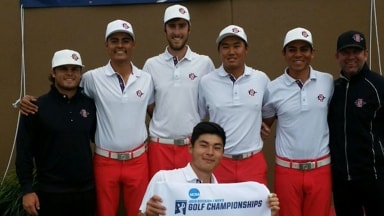 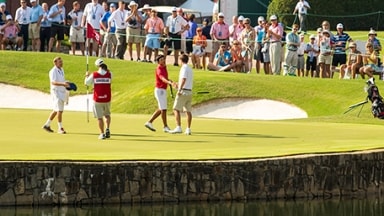 Ollie Schniederjans is the No. 1 amateur in the world, but Thursday at the U.S. Amateur, he was taken out by No. 776.