Jr. Am finalist loses match, but prom date with Sonders still on 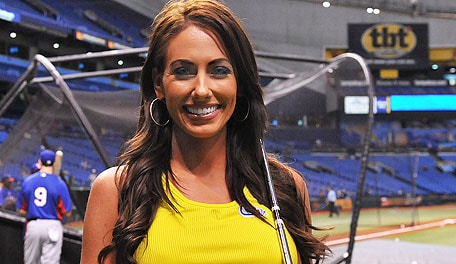 Orischak's father set up a date for him at next year's senior prom at Hilton Head High School, if Andrew were to win the U.S. Junior Amateur. In the 36-hole final on Saturday at Colleton River Plantation in Bluffton, S.C., Orischak was 5 up on Philip Barbaree of Shreveport, La., with eight holes to play, but he couldn't close him out. Barbaree won five of the final eight holes of regulation, then won the championship on the 37th hole.

"That's a motivation," Orischak said after winning his semifinal match on Friday, according to The Island Packet. "If I'm feeling a little tired I just think: Holly at prom."

Even though Orischak lost, Sonders sent out this tweet:

And @AndrewOrischak....I'm happy to go to the 2015 prom with you if I'm still invited. Your mom has my phone number. @FOXSports @FOXSports1

Orischak and Sonders, the Fox Sports (and former Golf Channel) broadcaster, discussed their potential date in this video.

Orischak has committed to the University of Virginia, where, if this tweet is any indication, he will make the most of the college experience.

My Dad on college: "You will never be in another single place with that much female talent, drew." #parenting

Andy Ogletree beat U.S. Open qualifier Cole Hammer in the second round and led Noah Goodwin, 5 up after 11 holes Thursday in the weather-delayed U.S. Junior Amateur.