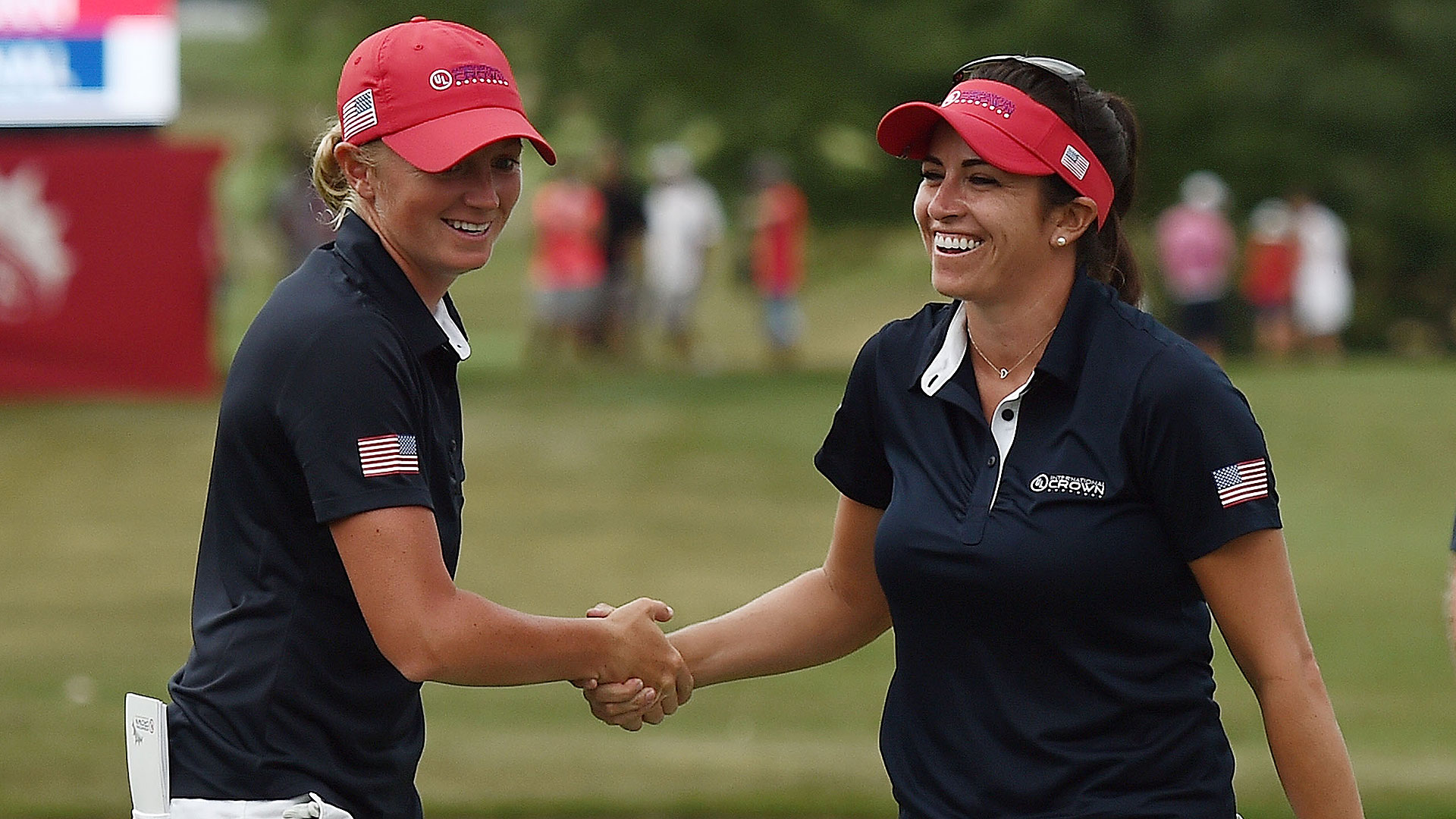 The Americans swept Japan to assure their spot.

Chinese Taipei also earned its way into Sunday, but five other teams vying to follow suit remain in limbo with storms suspending play Saturday at the UL International Crown.

Play was suspended at 4:34 local time and never resumed, with play halted for the day at 7:23 p.m. There were just two matches left on the course when play was called, both between Korea and Australia.

Korea’s In Gee Chun and Amy Yang were 1 up on Minjee Lee and Su Oh through 15 holes. In the other match, Korea’s So Yeon Ryu and Sei Young Kim were 2 up on Australia’s Karrie Webb and Rebecca Artis through 14 holes.

Those matches will resume at 8 a.m. ET with the wild-card playoff to follow.

The top two teams from each pool advance to Sunday singles with a playoff determining which country will advance as the wild-card fifth team. The wild-card playoff will feature at least three countries this year as both Japan and Thailand tied for third in Pool B. They will be joined by the third-place team from Pool A.

With three teams assured of making the wild-card playoff, a fourball stroke-play format will be used. One fourball team from each country will tee it up together, going off on the same tee. The low ball wins the hole, with a country’s second ball serving as the tiebreaker.

Shadoff and Clyburn were on fire, making eight birdies and an eagle over the final nine holes of the match. Shadoff drove the 261-yard sixth hole and made a 40-foot putt for eagle in the middle of that run. She went birdie-eagle-birdie-birdie-birdie starting at the fifth hole.

Hull rebounded strongly from her asthma attack, which kept her out of Friday’s fourballs, and Reid rode the momentum of her strong solo performance Friday. Hull and Reid took control of the match winning four consecutive holes on the front side, going birdie-birdie-eagle-birdie.

China won the first three holes, but they didn’t win another hole the rest of the way. In the end, Simin Feng’s 6-foot birdie chance to win slid past the hole.

The Americans turned a tight match in their favor late, with Piller holing a 25-foot birdie at the 12th to put the Americans 1 up and Lewis holing a 12-foot eagle putt at the 16th to put them 2 up.

Thompson and Kerr were on fire Friday, and they didn’t cool off that much Saturday. Over two days, they are 22 under over 31 holes.

Korea led 1 up through 15 holes when play was suspended.

Korea led 2 up through 14 holes when play was suspended.