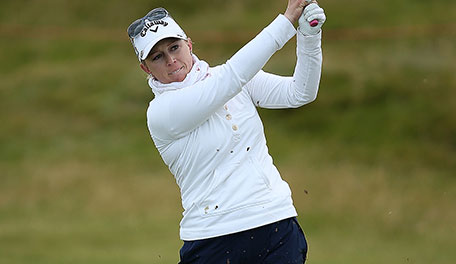 Michelle Wie, Morgan Pressel and Paula Creamer are all within the qualifying standard to make the American team, but they won’t make the weekend here.

Wie withdrew Friday after aggravating an injury to her left ankle. Pressel and Creamer missed the cut.

So did U.S. captain Juli Inkster.

On the Euro side, Norway’s Suzann Pettersen leads the championship with Sweden’s Anna Nordqvist tied for seventh.

And Euro Solheim Cup vice captain Maria McBride shot the round of the day with a bogey-free 66.

Cristie Kerr and Christina Kim lead the Americans still in the field. They’re both tied for 10th. Alison Walshe is tied for 15th and Stacy Lewis is tied for 20th.

The Solheim Cup is scheduled Sept. 18-20 at St. Leon-Rot Golf Club outside Heidelberg, Germany. Aug. 23 is the final day of qualifying.