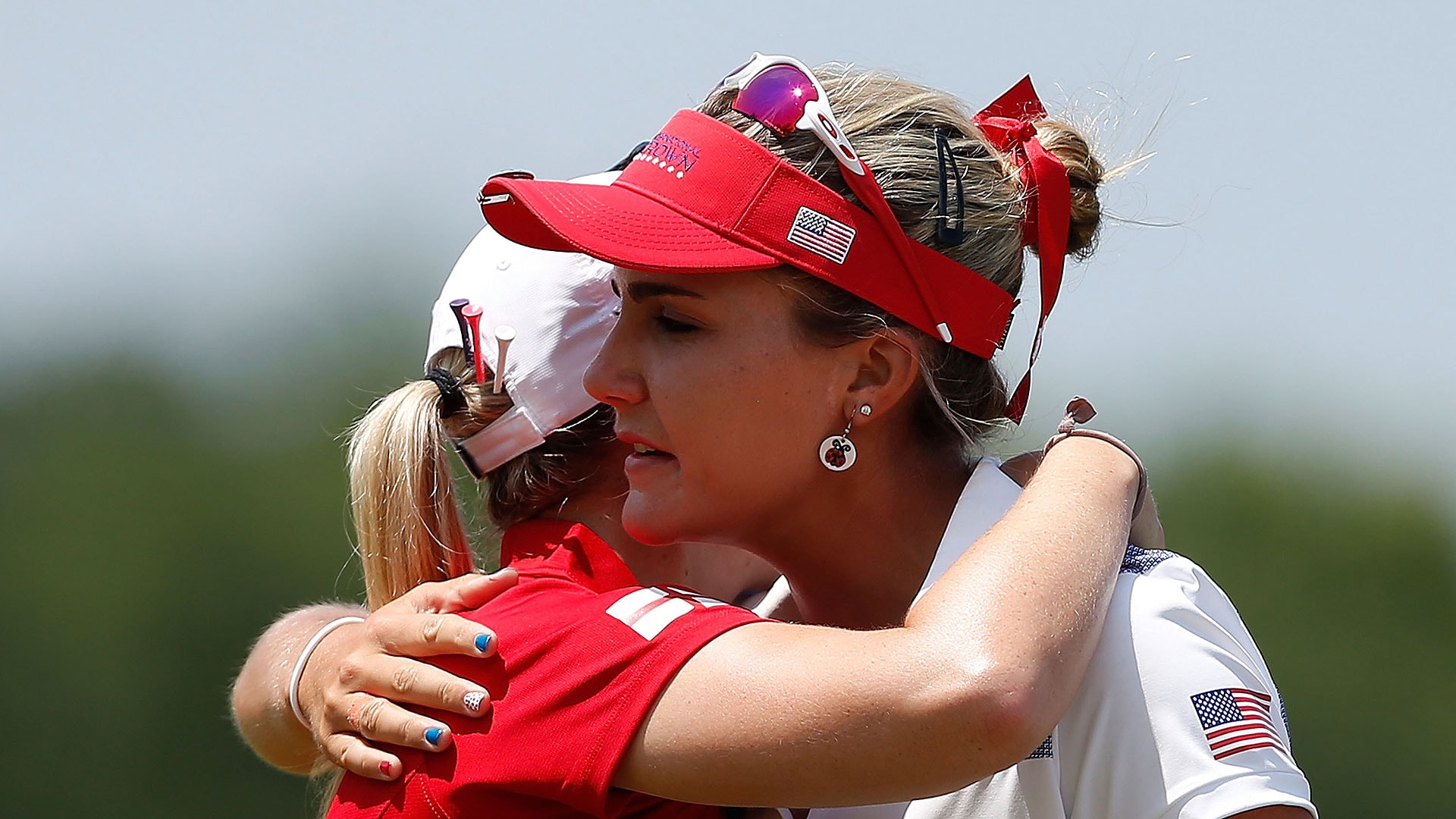 GURNEE, Ill. – England was the story of the day in the UL International Crown, sweeping the Americans in an upset.

Charley Hull was the player of the day, leading the way with a tour de force performance.

England’s Hull and Mel Reid combined to defeat Stacy Lewis and Gerina Piller, 2 and 1, in one fourball match Thursday at the Merit Club. Jodi Ewart Shadoff and Holly Clyburn defeated Cristie Kerr and Lexi Thompson, 2 and 1, in the other.

Hull made six birdies and an eagle and was 8 under on her own card through 17 holes of the best-ball format. Piller and Lewis combined to go 6 under as a best ball score.

The lowdown: Tseng and Lu won three holes in a row on the back nine to turn this match in their favor. Tseng’s 10-footer for birdie at the 15th put Chinese Taipei 3 up with three holes to go. Lu closed out the victory, reaching the par-5 16th in two shots and then two-putting for par to halve the hole.

Kung birdied the 10th hole to go 1 up and Chinese Taipei never trailed the rest of the way. Kung’s birdie at the 18th closed out the match and a team sweep of the Aussies.

Jutanugarn birdied the fifth hole to give the Thais a 1-up lead and they never looked back. Jutanugarn and Phatlum have never won LPGA events, but they beat a formidable team in Nomura and Miyazato, both of whom are proven winners on the LPGA and Japan LPGA tours.

The Thais looked like they might sweep Japan, leading 1 up going to  the 18th hole, but Watanabe holed a 10-foot birdie at the last to win a half point.

Hull was a dynamo, making six birdies and an eagle with her own ball. She was 8 under through 17 holes all by herself. Piller and Lewis were 6 under as a best-ball team.

Chun and Yang turned the match around winning three consecutive holes on the front nine to go 2 up and never relinquished the lead.

Two years ago, China didn’t look like it had a chance to qualify for this competition, but the country’s looking more and more like a sleeping giant with emerging talent joining major championship winner Shanshan Feng. Yan and Simin Feng have never won an LPGA event, but they were impressive taking down Ryu and Kim, who have combined to win eight LPGA titles.