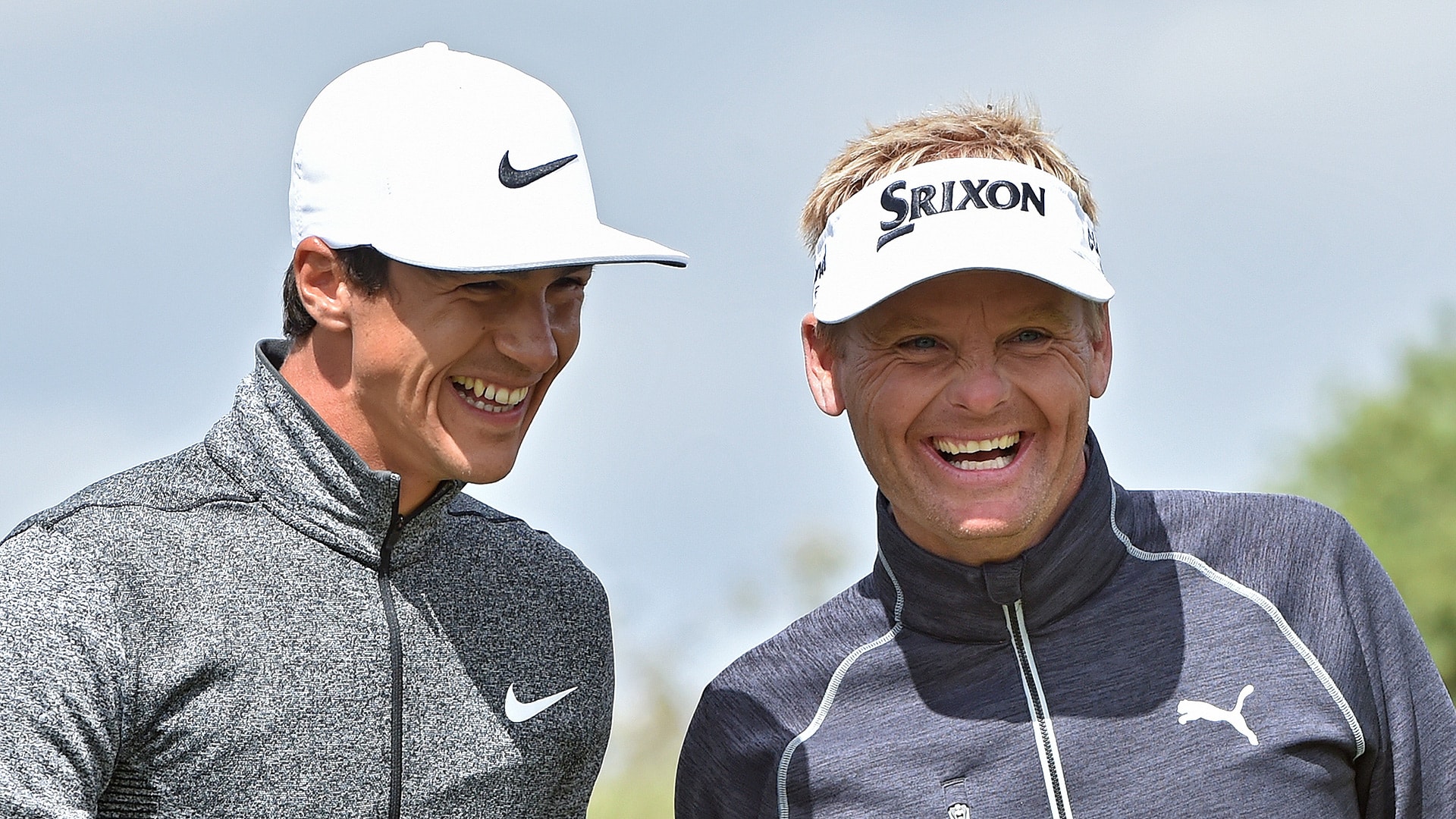 Denmark’s Soren Kjeldsen and Thorbjorn Olesen will take a four-shot lead into the final round at the World Cup of Golf. Here’s where things stand after 54 holes at Australia's Kingston Heath:

What it means: Denmark, which increased its lead from three shots after 36 holes to four after 54, is seeking its first World Cup win. Danes Thomas Bjorn and Soren Hansen finished in a three-way tie for second in 2001 when South Africa’s Ernie Els and Retief Goosen won. Kjeldsen and Olesen combined for an alternate-shot round of 70 on Saturday, which tied for the day's second-lowest score.

Round of the day: Two teams shot 69: the U.S. duo of Walker and Fowler and Canada's David Hearn and Adam Hadwin. Given that the Canadians are out of contention, we'll limit this category to the Americans. Walker and Fowler were up and down on the front nine, alternating birdies at Nos. 2 and 5 with bogeys at Nos. 1 and 7 before birdieing the eighth and ninth holes to turn in 33. They were steadier on the back, with nothing but pars and a birdie at No. 17.

Best of the rest: Hearn and Hadwin also turned in 33, but they did it without a bogey. The only square on their card came at the par-5 14th. They are tied for 11th, 10 shots off the lead.

Biggest disappointment: England's Chris Wood and Andy Sullivan began the third round tied with Walker and Fowler of the U.S. The two teams went in opposite directions, however, as the Brits shot a 77 and plummeted to a tie for 17th. Wood and Sullivan double bogeyed the third and 18th holes and made four bogeys against three birdies.

Shot of the day: Hearn made birdie the hard way on the par-3 sixth hole.

Quote of the day: "We have to go out and play great again." - Kjeldsen

Main storyline heading into Sunday: It certainly appears as if the Danes have this thing wrapped up, but Fowler and Walker are going to try to at least make them work for it.