Players relished the atmosphere at Lancaster Country Club. Michelle Wie said it helped get her through the pain of an injured left hip, knee and ankle.

“The crowds have been amazing,” Wie said. “There's so much support. They were so excited to see us. I felt the excitement. That's what pushed me through the round today.” 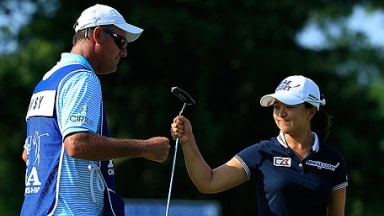 Paul Fusco will be back on Sei Young Kim's bag as caddie this week at the Marathon Classic, a week after he was banished from the U.S. Women's Open. 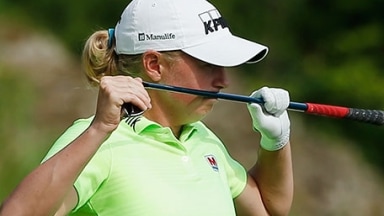 Stacy Lewis will pick herself up off the mat again. She promises. 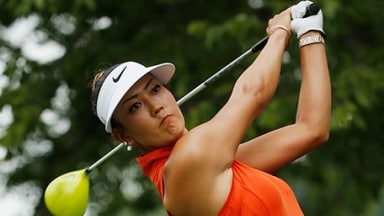 Michelle Wie tried to mount an early run Sunday to defend her U.S. Women’s Open title, but she fell short despite an admirable finish with her ailing left hip and leg appearing to worsen.