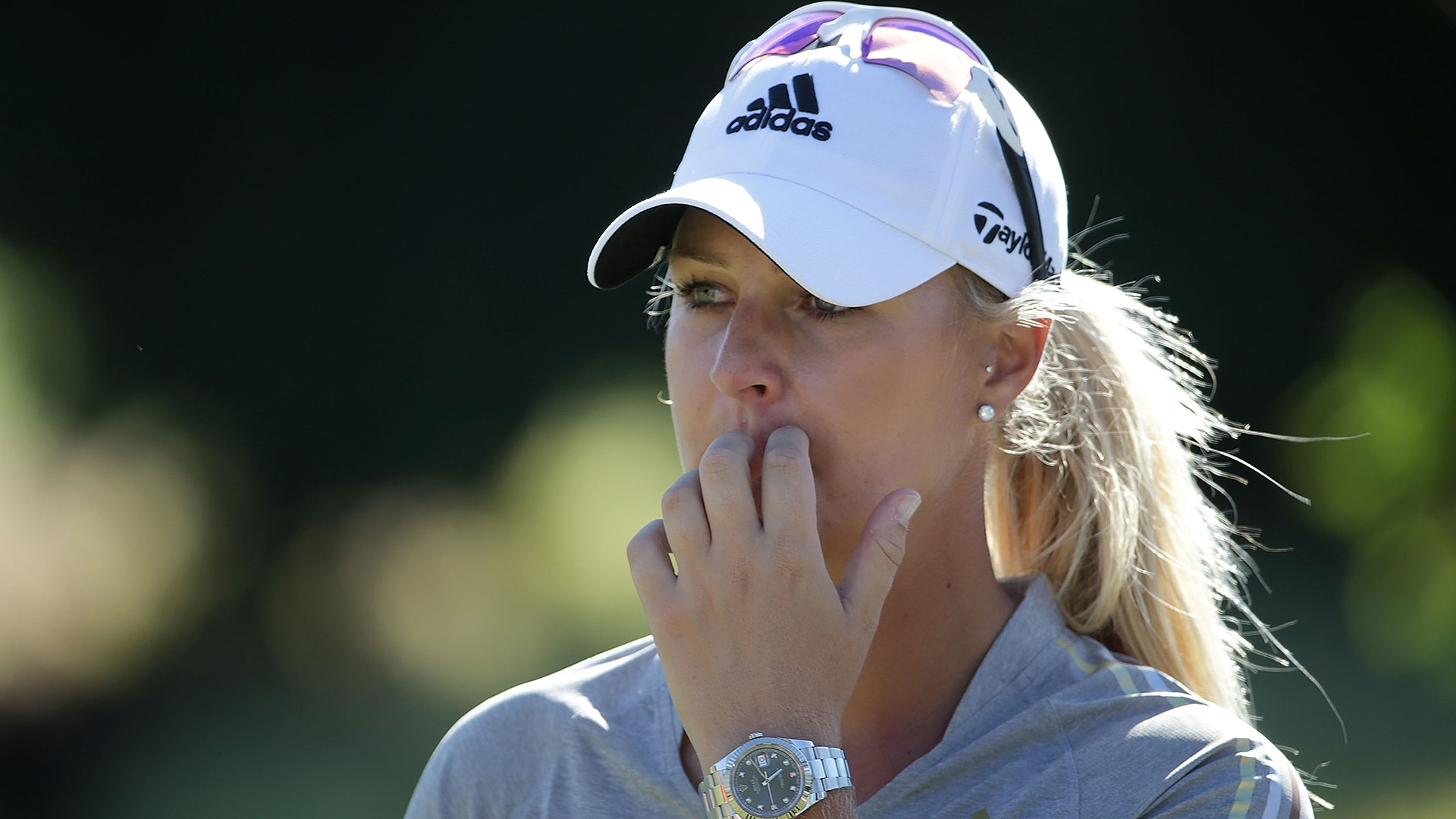 SAN MARTIN, Calif. – In the final analysis, the USGA may have actually acted too quickly in applying the two-stroke penalty to Anna Nordqvist’s score in Sunday’s U.S. Women’s Open playoff.

Yes, the notion is totally at odds with the brunt of complaints about yet another rules controversy in a USGA event, but there were a lot of opinions rendered Sunday before the rules committee even had a chance to explain how the ruling unfolded.

After Sunday’s finish, USGA senior director of competitions John Bodenhamer patiently detailed in a news conference and in a separate media scrum how the penalty unfolded. In the end, he gave thoughtful answers for all the hard questions, except perhaps one: Why did the USGA inform Anna Nordqvist of her two-stroke penalty after she hit her third shot into the final playoff hole but before Brittany Lang hit her third?

The answer there is that USGA officials may have been in too much of a rush to get the news to both players once they could confirm a breach of Rule 13-4b, which occurred when Nordqvist grazed a few grains of sand taking back her 5 iron in a fairway bunker shot at the 17th hole, the second playoff hole.

“We will expedite our decision making throughout the process, the rule-making, rule-decision process,” he said. “And we will communicate with players in a decisive manner.”

Even Nordqvist questioned why it took as long as it did to assess the penalty. She breached the rule in the 17th fairway bunker and was assessed the penalty after hitting her approach at the 18th hole. Bodenhamer addressed that. He said he was at the 17th green when he and fellow rules chief Thomas Pagel were informed that the Fox telecast team called asking if the USGA detected any issue with Nordqvist’s shot from that bunker in question. Bodenhamer said that a USGA staffer monitoring the telecast replayed video of the shot three times after Fox called, but the staffer could not see a breach from the original, live Fox footage. Bodenhamer said he decided to drive the few minutes to the USGA compound to see the video themselves. He said it wasn’t until they arrived there that Fox’s zoomed-in footage was available to them, which clearly showed a light brush of the sand undetectable to the naked eye.

Bodenhamer said once that breach was observed, rules officials on the course were called to immediately inform the two players of the penalty. It’s apparent that in that rush to “expedite” the ruling, the USGA didn’t take into account that Lang would get an advantage knowing the penalty before she hit her third shot into the 18th. Lang confirmed that the news led to her changing tactics. She backed off a plan to attack a tucked pin near water’s edge with a lob wedge. She knew she was two shots up on Nordqvist after hearing news of the penalty, instead of tied with Nordqvist. Lang then safely hit a sand wedge to the middle of the 18th green.

“We did not know where the players were on 18,” Bodenhamer said of his vantage point huddling with Pagel in the compound. “We knew they were on 18. Our decision was to ask our referee to inform both players as soon as possible.”

In a difficult position, feeling as if they were racing against the clock with players marching to the finish, that decision to inform players "as soon as possible” might have been the lone mistake the rules committee made.

As to why the USGA didn’t just halt play while Bodenhamer and Pagel made their way back to the compound to watch the video, Bodenhamer explained that they needed “conclusive evidence” to justify halting play. They didn’t have that until they got to the compound and saw Fox’s zoomed-in footage.

Too slow at Oakmont, and maybe too quick at CordeValle, the USGA finds itself in a tough spot yet again with video review complicating decisions. The USGA may need a task force to examine how video review can best be applied more than the PGA needed a task force to examine how an American Ryder Cup team can best be assembled. Like the American Ryder Cup team, the USGA is battling a tough losing streak.