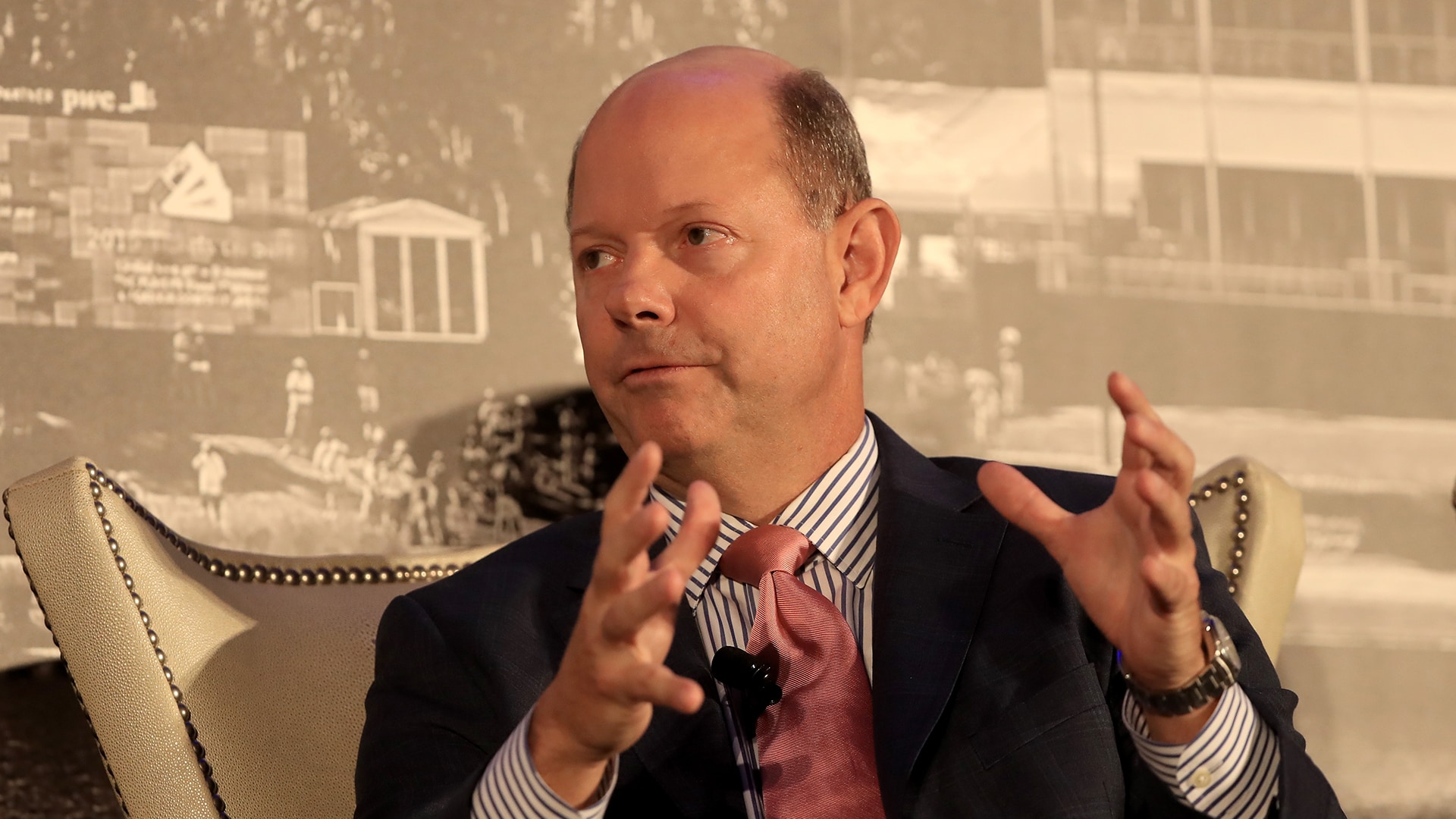 With an increasing eye on advances made in golf equipment, USGA executive director and CEO Mike Davis offered an interesting solution: a "variable distance" golf ball.

Speaking at the North American Golf Innovation Symposium, Davis outlined an option whereby players of all abilities would be afforded the option to play with a golf ball that by design does not go as far as the current offerings.

"If you think about it, we already bifurcate distance. We bifurcate distance because we play from different teeing grounds," Davis said. "But what happens if all of a sudden I want to play with Dustin Johnson and say Dustin, here's an 80 percent golf ball, I'm going to use a 100 percent golf ball and we're going to play the same tees. It sounds radical, but it might not."

Last month the USGA and R&A published a report that found that distance gains among seven professional tours had been negligible since 2003. Despite those findings, Davis pointed to the fact that many golf courses are being perpetually lengthened and that a variable-distance ball could help a course reduce its footprint and cut maintenance costs.

Davis emphasized the impact such an innovation might have on several classic courses, including Myopia Hunt Club in northern Massachusetts. The course has hosted the U.S. Open four times, but none since 1908 and measures less than 6,600 yards.

"Throw Dustin an 80 percent golf ball and say, 'Let's go play the back tees,' and guess what? It would be a great experience for him," Davis said. "He'd be able to play this wonderful, historic golf course that, by and large, he can't play anymore."