UVA's Walsh playing NCAAs with stitches in his head 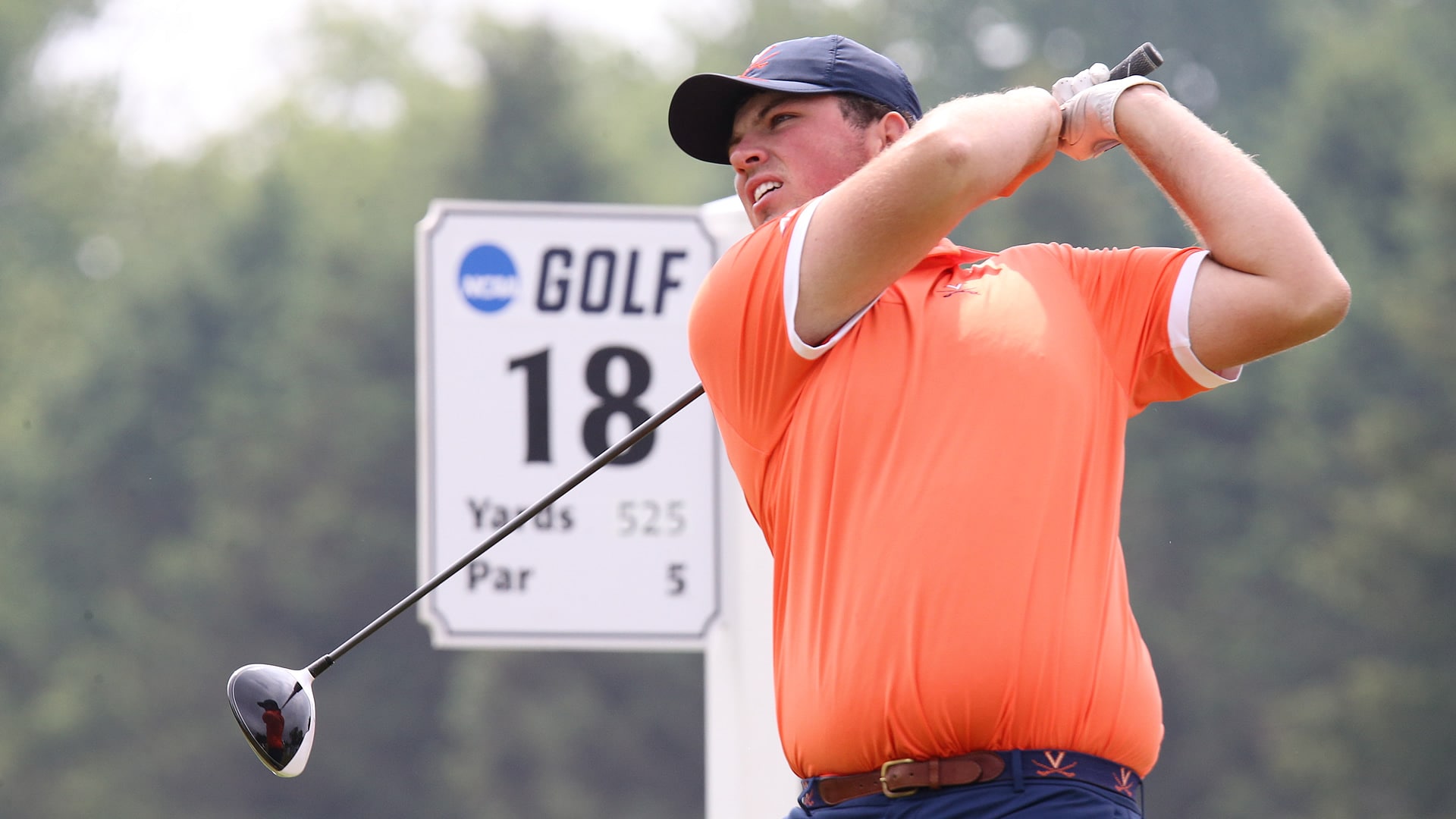 SUGAR GROVE, Ill. – It’s safe to assume there’s only one player in this week’s NCAA Championship field who is playing with stitches in his head.

That would be Virginia sophomore Thomas Walsh, who shot a third-round 67 and is now in a tie for 10th, six shots off the individual lead.

Last week, Walsh wanted to sneak in a 30-minute putting session before his team departed for nationals. While leaving his house, Walsh got his foot caught in his rolling suitcase and tumbled down the front steps, causing a 4-inch gash on the top of his head.

“I was bleeding everywhere,” he said.

Walsh staggered into the house and found teammate Derek Bard, who drove Walsh to the trainers and then the doctor, where he received 10 stiches.

“At that point, I was a wreck,” Walsh said. “Like, I’m not going to nationals. I’m dying. In the moment, it seems like the world is ending.”

With no time to return home for a change of clothing, Walsh headed to the airport in his blood-soaked shirt and pants. He was in such rough shape that he even needed to show a doctor’s note to prove that he was OK to fly.

Walsh said that he’s better now, but he scratched the wound earlier this week and started bleeding during one of the team’s tune-up rounds. His father, a surgeon, will remove the stitches next week.

As for his teammates? Walsh said they all think it’s “part of the show.”

“I’m the clown of the team,” he said, “and they just thought I was trying to be funny, to create a story. Definitely not. It hurt like hell.”