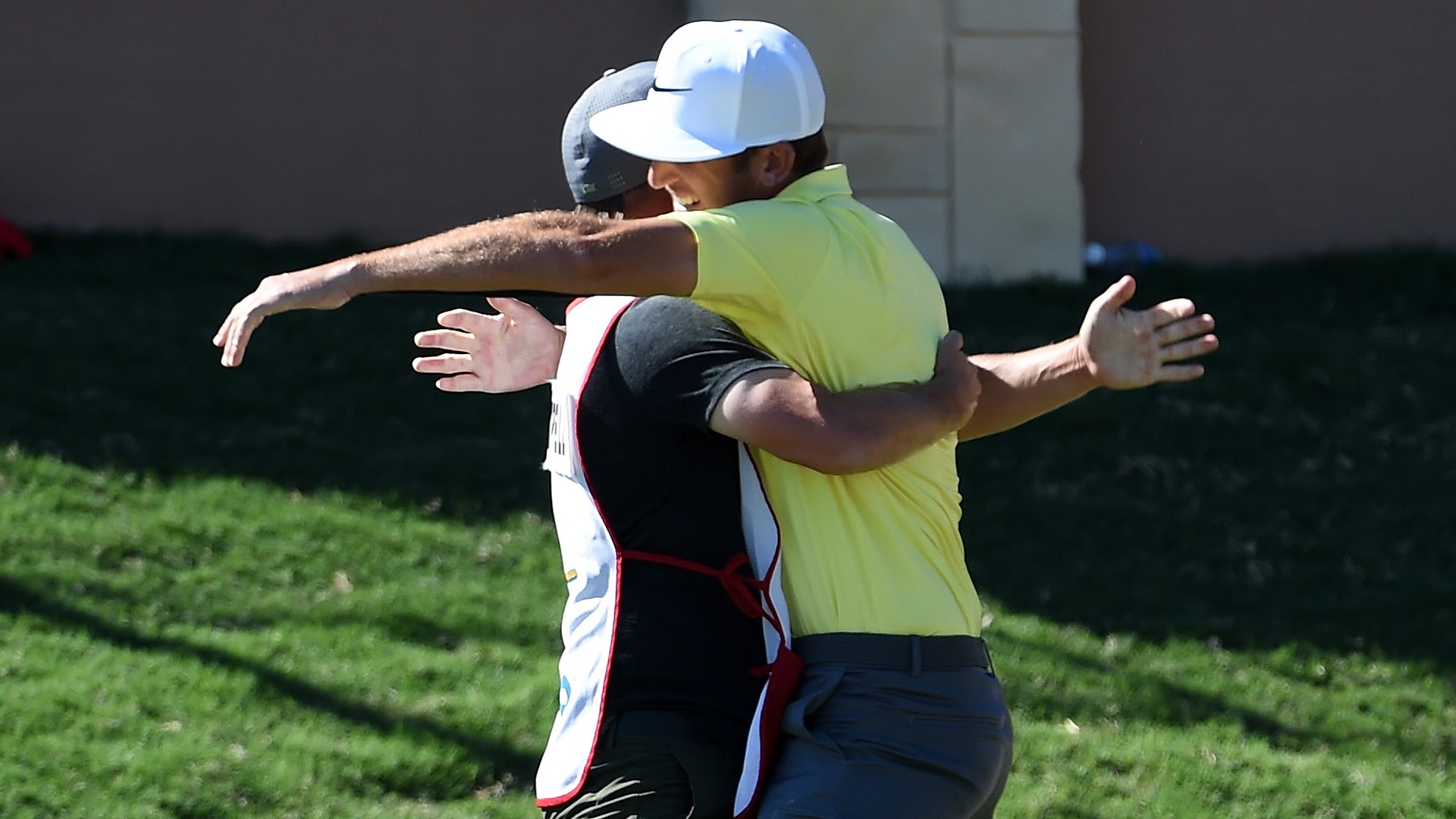 After 180 starts, Kevin Chappell was thrilled to finally shed a sizeable monkey from his back.

Chappell offered a full-throated scream after holing a 9-foot birdie putt to edge Brooks Koepka for the title at the Valero Texas Open. It was his first win on the PGA Tour following years of near-misses, and after getting his hands on the trophy Chappell spoke to reporters about his long-awaited breakthrough.

"Just a big relief for me. I don't have to answer that question anymore," Chappell said. "Feel like I have a base to kind of jump off from with my career moving forward. Couldn't happen at a better place for me."

Chappell's maiden win came on the heels of a T-7 finish at the Masters, and it's expected to vault him inside the top 25 of the Official World Golf Rankings for the first time in his career.

Chappell made his first Tour start at this event in 2008 when it was held at La Cantera, and he earned the first of six career runner-up finishes at TPC San Antonio back in 2011. The latter was a result that Chappell admitted led him to take early success for granted, but it all came full circle Sunday when he got to be the person celebrating on the final green.

"Lot of hard work went into this and I don't think I would have it any other way," Chappell said. "Those people that know me know I do everything the hard way, and 180 starts later that's pretty hard."