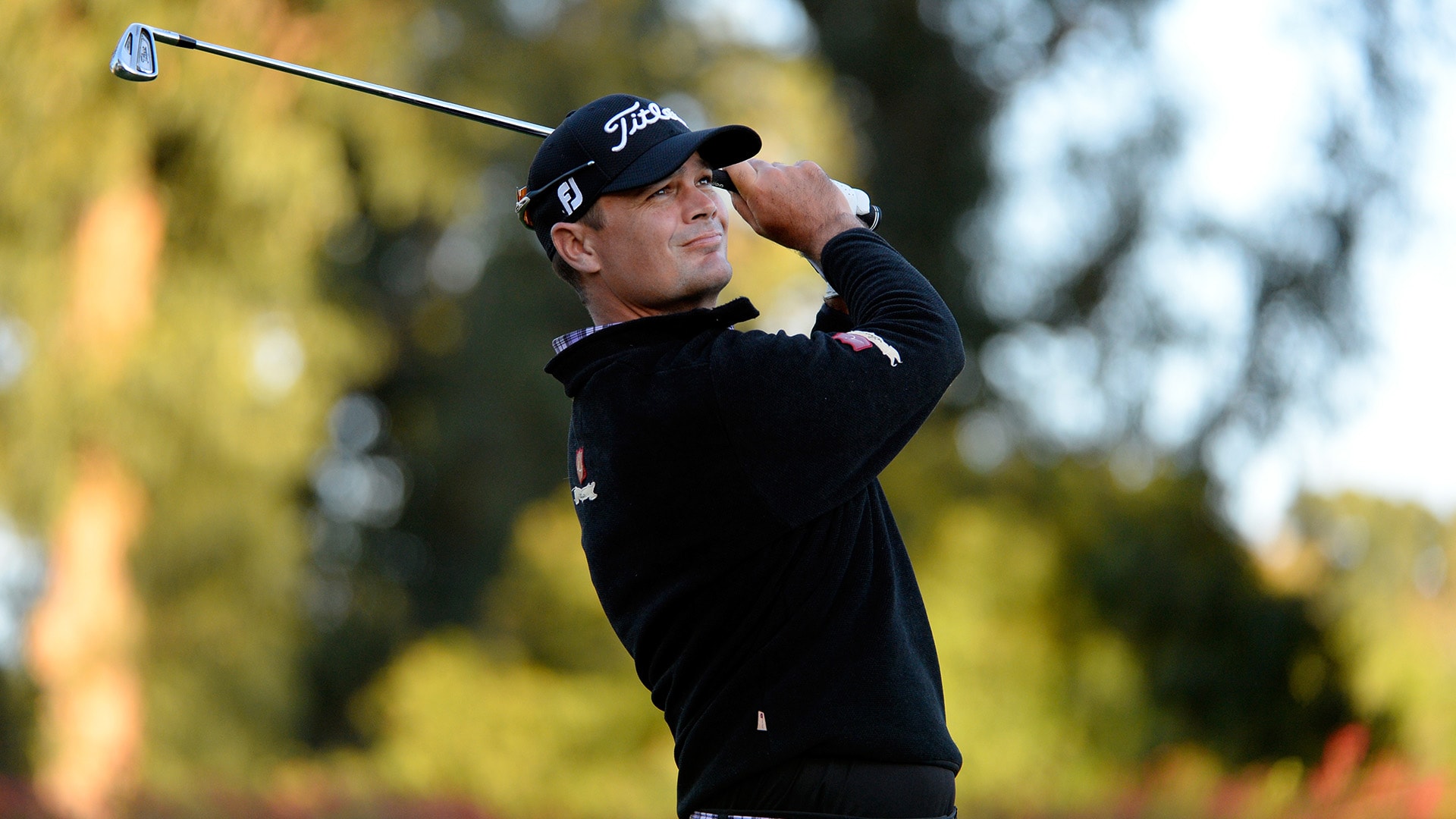 LOS ANGELES – The PGA Tour tracks what is called a bounce back statistic, which is basically a guide to what a player does after they make a bogey or worse.

Luckily for Tyrone Van Aswegen there is no statistic tracking how a player responds after, say, a hole in one; otherwise his Saturday at the Northern Trust Open might haunt him.

With a 9-iron from 150 yards at the 16th hole, Van Aswegen spun his tee shot into the hole for his first ace on Tour.

“I said, ‘Come down,’ because I hit it really sweet. It pitched, and the greens are real soft, and it pitched and spun back,” he said. “I couldn't see where it went and the people behind the green went crazy.”

Things didn’t go as smoothly at his next hole, the par-5 17th hole where the South African found three bunkers on his way to a bogey.

“I made a complete mess, yeah,” Van Aswegen said. “I was obviously excited and I hit my drive just a little bit right, and the fairway bunker there, it's like a water hazard really. You hit it in there and you're just hitting sand wedge. So I hit sand wedge into another bunker. Yeah, it was a mess.”

The consolation for Van Aswegen is he was flawless the rest of the way, playing his final nine (the front nine) in 2 under for a 67 that vaulted him 19 spots up the leaderboard and into the top 20. Marc Leishman birdied his final hole for a 2-unded 68 and a share of the second-round lead Friday in the Travelers Championship.

Van Aswegen checks out of hospital, ties for third at Frys

Never mind that Tyrone Van Aswegen finished a shot out of the Frys.com Open playoff.