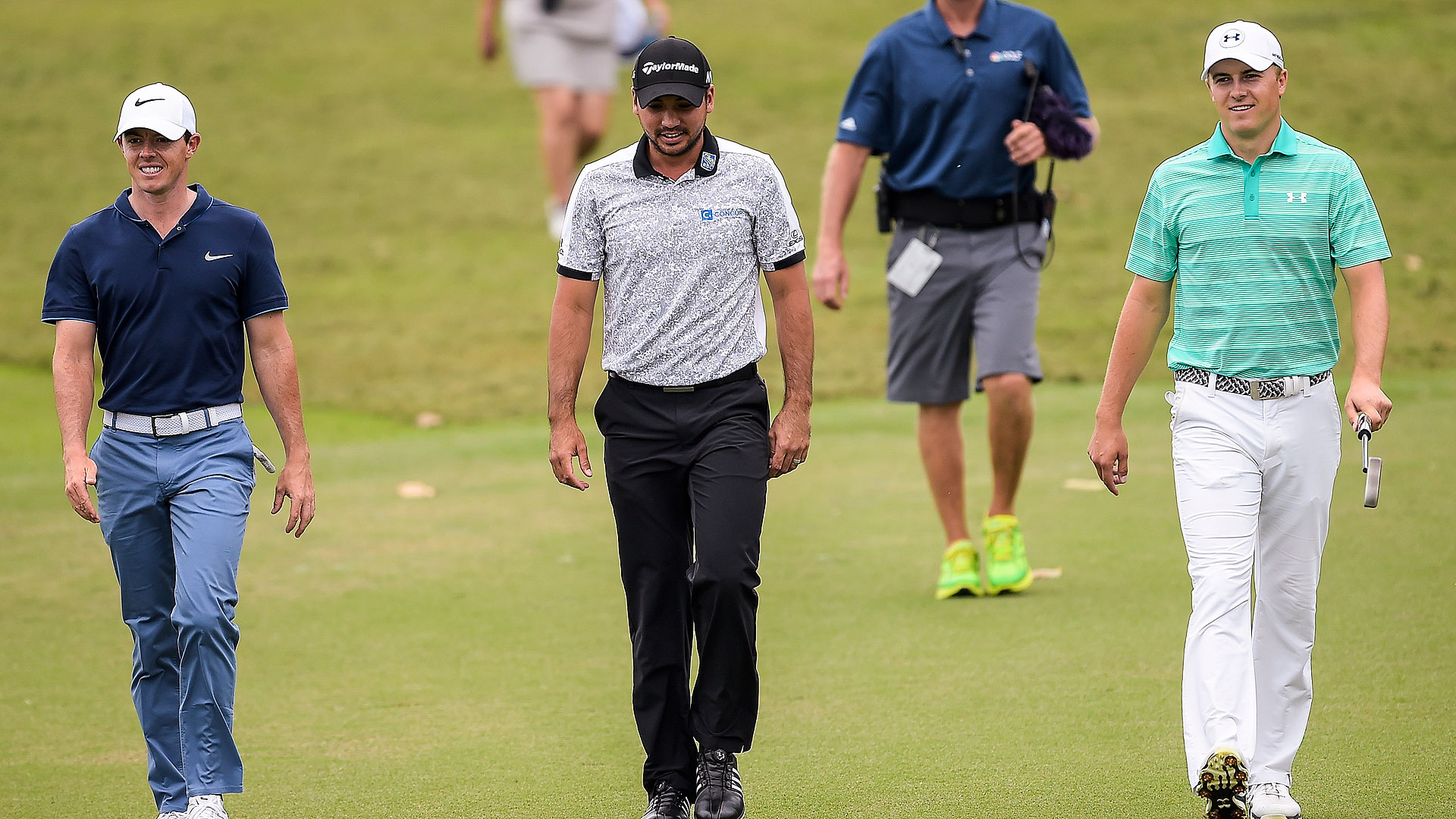 With the Masters only one week away, the race at the top is officially a dead heat - at least, according to Las Vegas.

The Westgate Las Vegas SuperBook updates betting odds for the Masters on a weekly basis, and following Jason Day's second straight victory it is now listing Day as a 7/1 co-favorite for Augusta National, the same odds being offered for Jordan Spieth and Rory McIlroy.

When Masters wagering first opened last summer following the PGA Championship, Spieth was installed as a 5/1 favorite, followed by McIlroy at 6/1 and Day at 10/1 despite his win at Whistling Straits. But now the three players who have separated atop the world rankings are viewed on equal footing heading into Augusta National.

Of course, that could still change before the first tee shot is struck next week, especially if Spieth contends at the Shell Houston Open. Here's a look at some other notable Masters odds, all courtesy of Westgate: