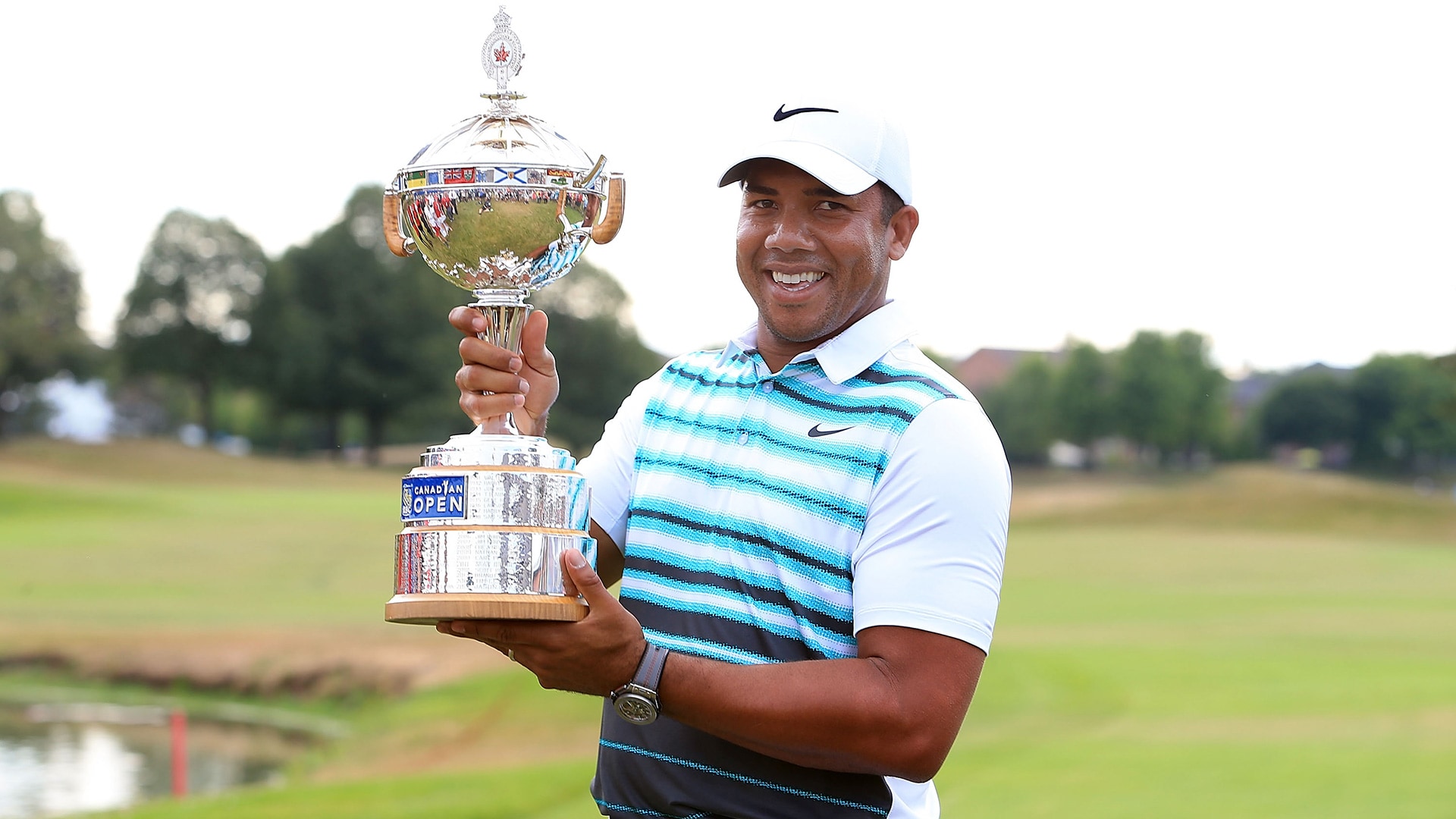 It was a wild end to the RBC Canadian Open, but when the dust settled it was Jhonattan Vegas whose name was atop the leaderboard. Here's how things ended up at Glen Abbey, where Vegas rallied for his second career PGA Tour victory:

What it means: Vegas started the day five shots behind Snedeker, but he made up ground quickly with five straight birdies early in his round. He added three more to close things out and posted the early clubhouse number, then watched as a number of players failed to match his total. It's Vegas' first win since his breakthrough at the 2011 CareerBuilder Challenge, and after playing this season on past champion status he now has a Tour card through the 2017-18 season and a spot in next week's PGA Championship.

Round of the day: Geoff Ogilvy made an early charge up the standings, firing a 9-under 63 that briefly gave him sole possession of the lead as the 54-hole leaders began their final rounds. Ogilvy eagled both Nos. 16 and 18 to close his round, and after starting the day outside the top 40 he finished up inside the top 10, three shots behind Vegas.

Best of the rest: Vegas made a quick jump with birdies on Nos. 2-6, then was one of the few players on the final leaderboard who capitalized on the closing holes at Glen Abbey. One week after shooting a 60 at the Barbasol Championship, Vegas closed with birdies on Nos. 16-18 to post an 8-under 64 that ultimately earned him the hardware.

Biggest disappointment: Snedeker looked to be the man to beat, having won here in 2013, but he wasn't able to put together much of a charge and ended up two shots back after a pedestrian 71. It was also a bitterly disappointing end for Wheatcroft, who needed a birdie on No. 18 to tie but instead bladed his greenside bunker shot over the green, leading to a closing bogey.

Shot of the day: After a 329-yard drive, Vegas found the green with his approach from 176 yards on No. 18. The subsequent two-putt birdie sealed a 64 for Vegas and, though he didn't know it at the time, provided the winning margin.

Quote of the day: "It's incredible. There's just a ton of emotions running through my head right now. This is just a fun feeling." - Vegas