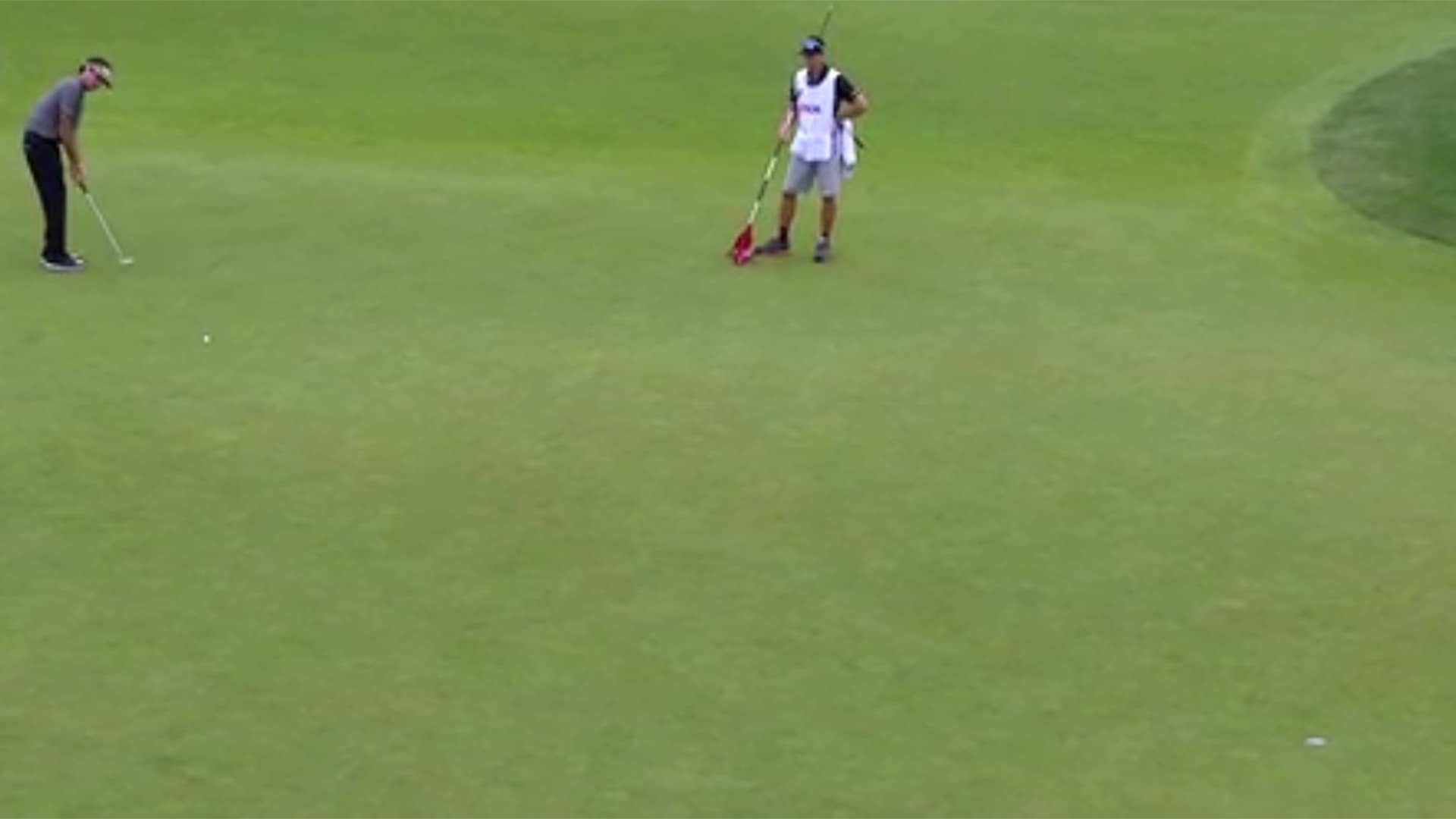 The first round of the U.S. Open has brought rain, and with it, more birdies than expected at Oakmont.

Two-time major champ Bubba Watson made three in a row before the second rain delay of Round 1, capping off the stretch with this lengthy putt that took nearly 15 seconds to fall into the bottom of the cup.

Bubba Watson buried this lengthy putt on No. 10 for his third straight birdie. #USOpen https://t.co/CIW8Oxw2jW