Walker finds his groove with 63 in AT&T third round 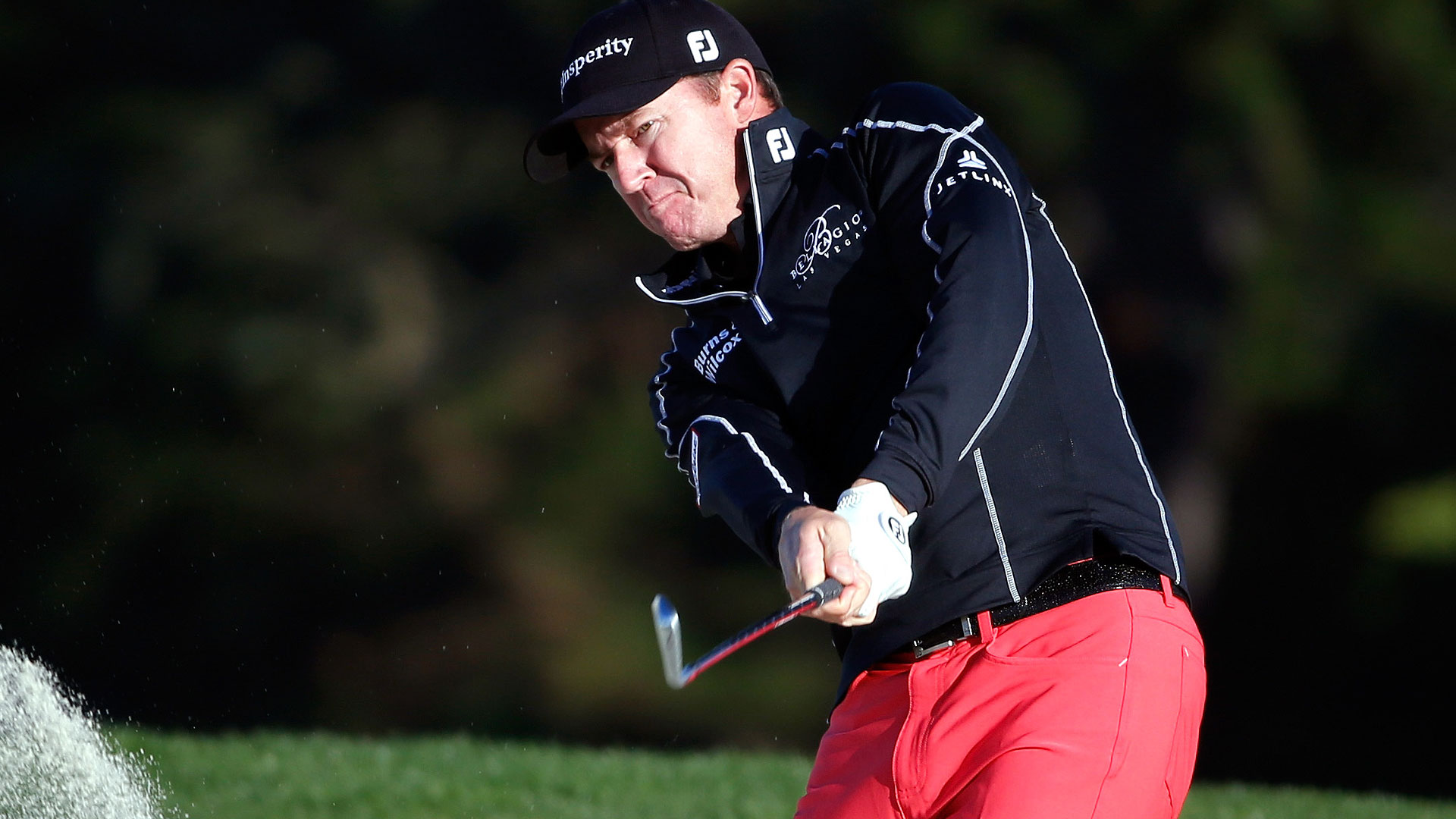 PEBBLE BEACH, Calif. – It took him a little while, but Jimmy Walker finally found his typical groove at the AT&T Pebble Beach Pro-Am.

Walker won this event two years ago and has top-10 finishes here in four of the last five years. But he was slow out of the gates this week, and faced the prospect of missing the cut after even-par rounds at both Spyglass Hill and Monterey Peninsula.

That trend turned around in a hurry as Walker fired a 9-under 63 Saturday at Pebble Beach, surging from the cut line to the fringe of contention with the lowest round recorded this week on the host course.

“I kind of keyed in on some swing stuff, slowing the back swing down, and then got a couple of putts to go in which just hadn’t been happening,” Walker said. “I’ve had a bunch of three-putts, the speed was way off the first two days. I mean, way off for me.”

Walker actually opened his third round with a bogey on No. 10, but a birdie on No. 13 began a run of 10-under play over his final 15 holes. That included not one but two eagles, as Walker reached the par-5 second hole with a 3-iron and found the green on No. 6 with a 4-iron.

He also nearly added another eagle on No. 9 as his final approach from 124 yards left him only a tap-in to close out his round.

Walker nearly won the Farmers Insurance Open in his most recent start, with T-10 and T-13 finishes in Hawaii before that. But he seems to save some of his best play for this particular three-course rotation, where he now has carded five rounds of 66 or better since 2011.

“It’s just such a pretty place to play golf,” he said. “I mean gosh, when we teed off this morning it was just beautiful. Big waves crashing, and there’s no better place I think to play golf on a nice day.”