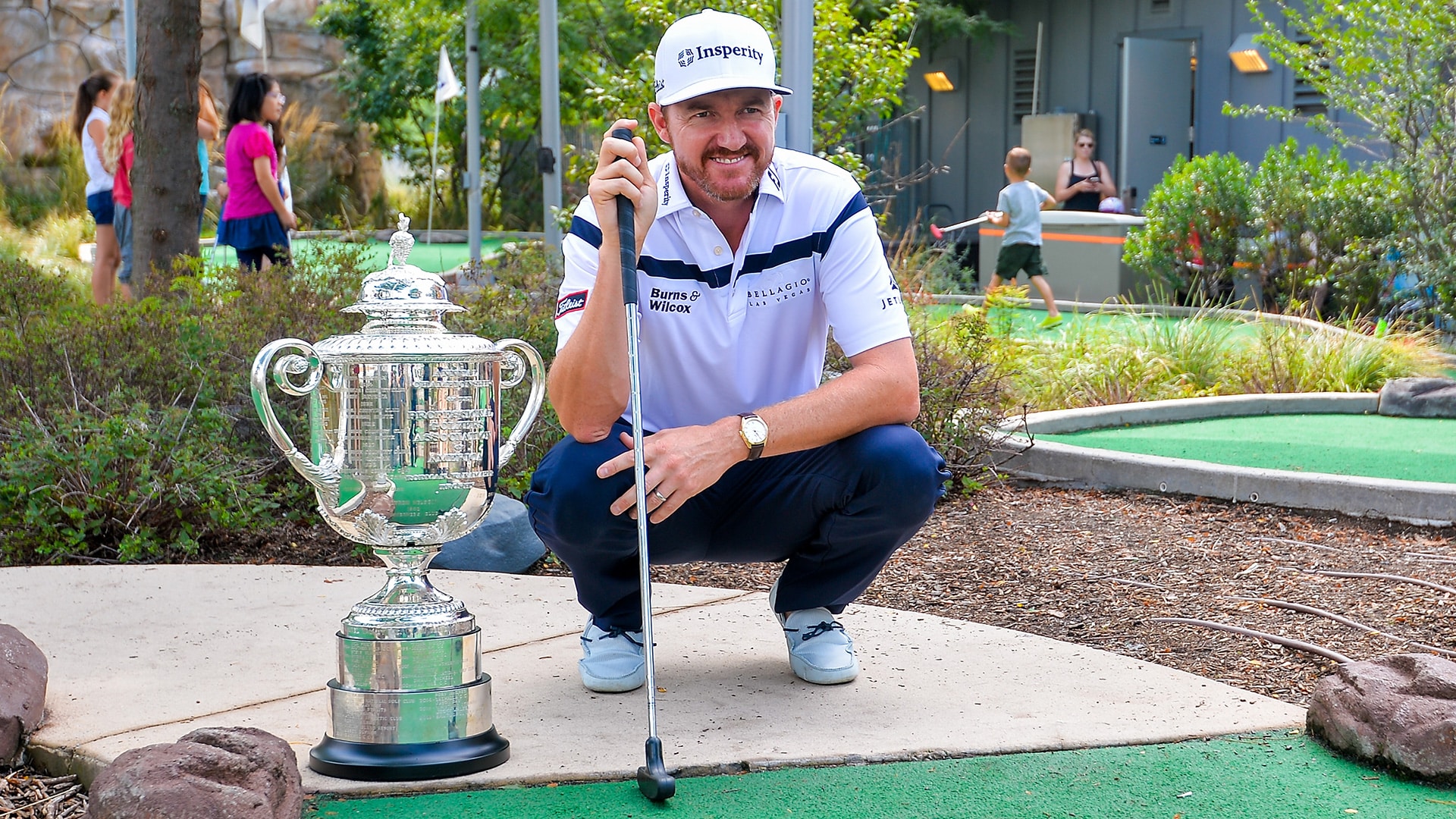 Fortunately, he didn't have to go far.

Walker won Sunday at Baltusrol in New Jersey, and hopped into a car first thing Monday morning and headed to Manhattan.

Along the way he did an interview for "Morning Drive."

He then stopped by the NASDAQ.

Jimmy and wife Erin then stopped by Chelsea Piers for a little putt-putt ...

LIVE on #Periscope: How does @JimmyWalkerPGA celebrate a @PGAChampionship? Work on his short game... https://t.co/lvTnix0qzo

After lunch there were more interviews, including Mike Francesa, John Feinstein and Charlie Rose ...

Before jumping on a plane home, Walker ran into Open champ Henrik Stenson at the airport: