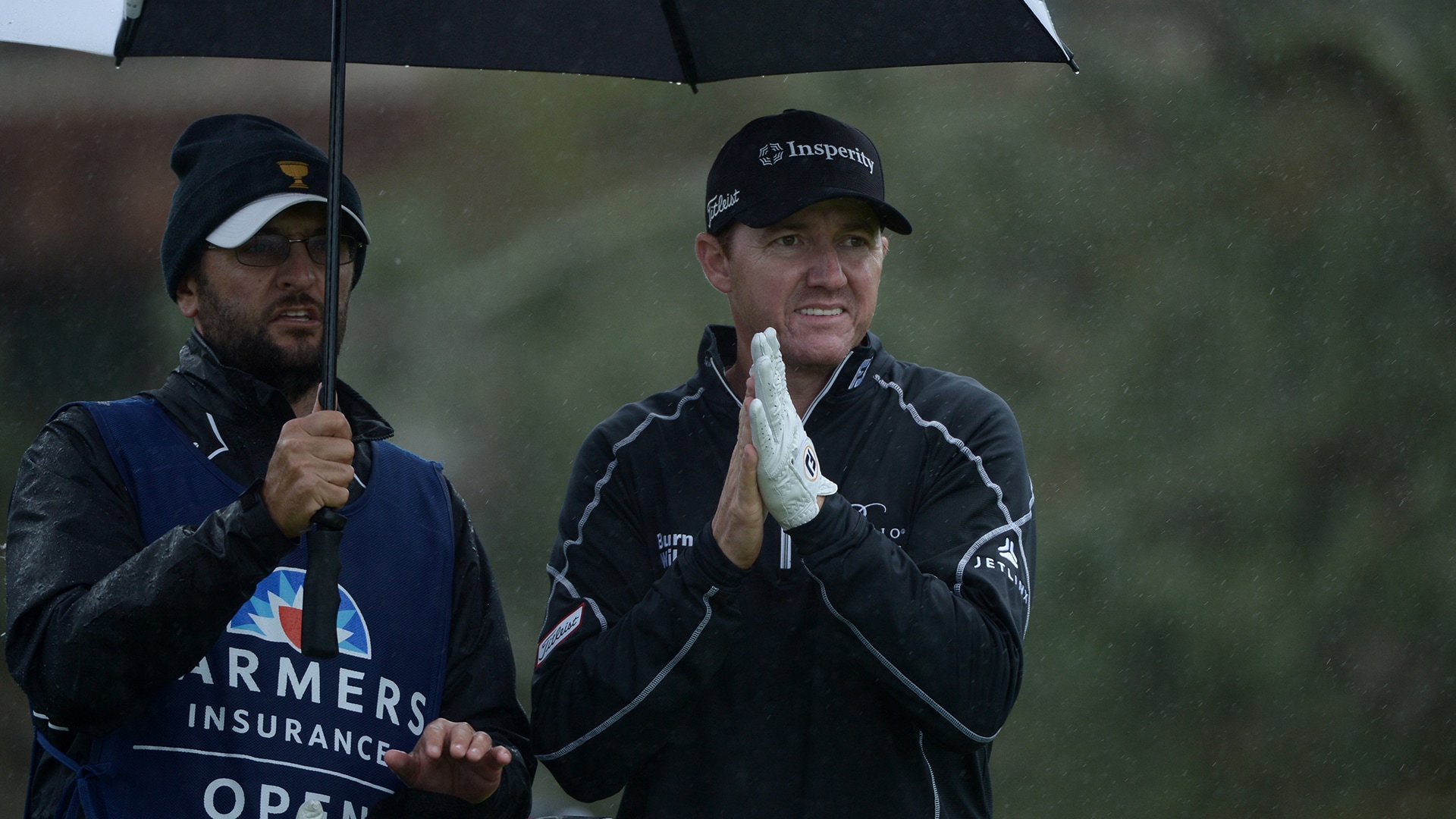 Mother Nature toyed with the field at the Farmers Insurance Open Sunday, as heavy rain and blustery winds forced multiple suspensions of play. Here is how things stand, as Jimmy Walker clings to a slim lead with the leaders set to return to Torrey Pines on Monday:

What it means: There was plenty of carnage during a wind-swept final round, as play was suspended on three different occasions. While most of the leaders drifted back to the pack, Snedeker was able to make up a large amount of ground with a brilliant 3-under 69. He'll have to wait to see if his total will hold up, as Walker headlines the group that will return at 11 a.m. ET in hopes of claiming the trophy.

Round of the day: Forget round of the day, Snedeker's 69 will be one of the best rounds of the year when 2016 is over. With the field averaging nearly 78 swipes, he played his final 17 holes without dropping a shot after an opening bogey. That included a run of four birdies across Nos. 10-14 that vaulted him up the standings and gave him a chance to win this event for the second time in the last four years - a notion that seemed improbable when the round began.

Best of the rest: He still has work to do, but Walker's 1-over effort through 10 holes was good enough to give him sole possession of the lead when play was halted for the third and final time. He bogeyed two of his first seven holes but then nearly made a hole-in-one on No. 8, resulting in a kick-in birdie that moved him back into the lead.

Biggest disappointment: There was no shortage of high scores, but perhaps none was as surprising as the implosion we saw from Dustin Johnson. After beginning the day three shots off the lead, Johnson made bogey on nine of his first 12 holes. While he finally made a birdie on his 14th and final hole of the day, he was all the way back into a tie for 25th at 2 over.

Main storyline heading into Monday: With the winds whipping across the South Course, it seemed likely that Snedeker's clubhouse total would at least get him a spot in a playoff, if not an outright win. But while the forecast for the morning isn't exactly rosy, the focus will be on Walker as he looks to protect his lead in an eight-hole shootout that could net him his sixth victory since October 2013.

Quote of the day: "I couldn't do it again. I don't know how I did it. One of those fluke days." - Snedeker