Walker's wife says she has Lyme disease, too 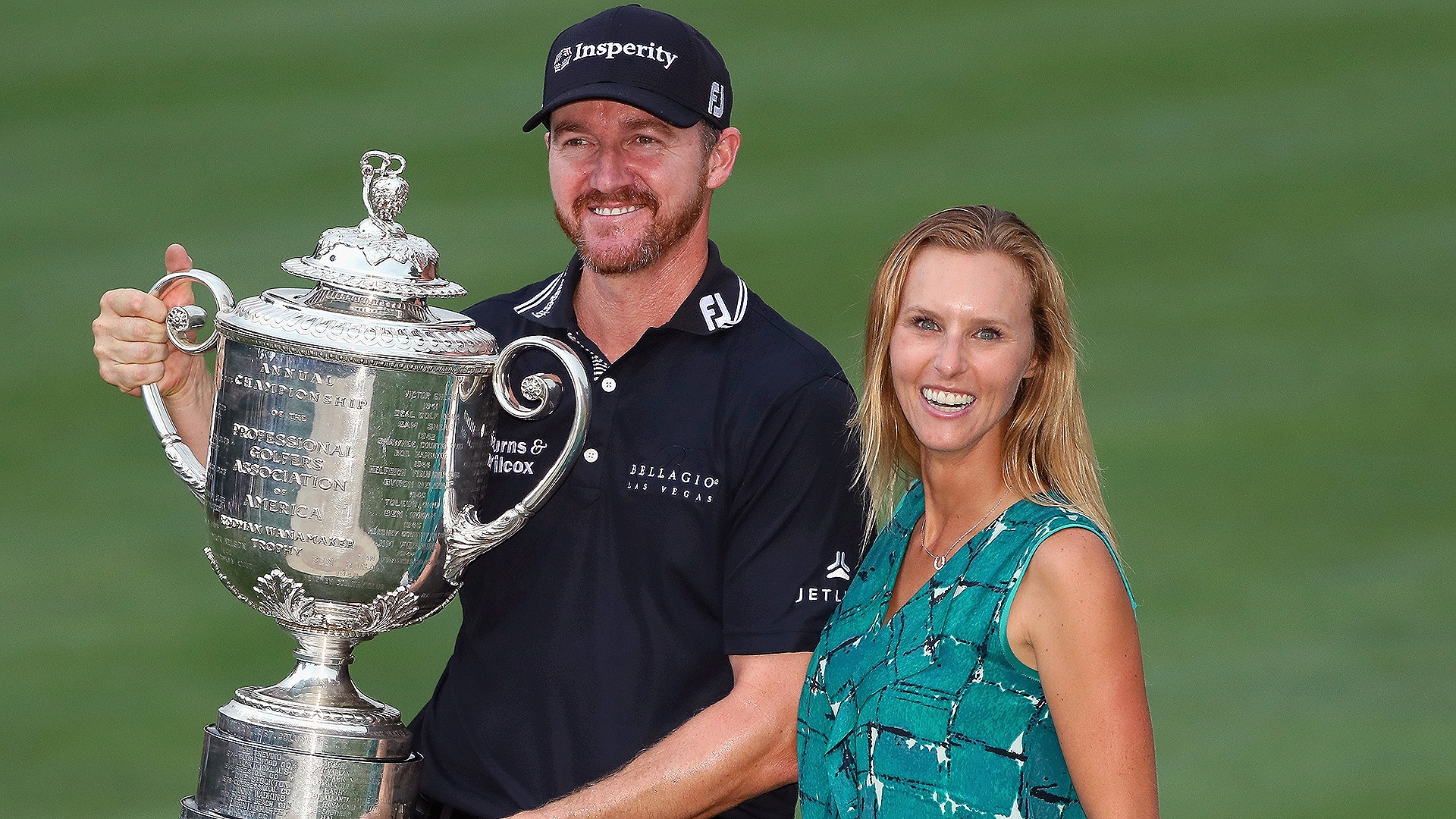 Last April, Jimmy Walker revealed that he had been diagnosed with Lyme disease. On Wednesday his wife, Erin, said she has the disease, too.

In a post on her blog, Tour Wife Travels, about her husband's battle with Lyme, Erin Walker said that she was diagnosed with the disease on Dec. 15, 2017.

Erin Walker made the revelation in the 36th paragraph of her 39-paragraph post on her husband's ongoing struggle with the disease. She said it is "not my intention to make this story about me," and offered no details about her own health, but promised to update her blog "with my own personal story and continued updates on Jimmy."

According to the American Lyme Disease Foundation, Lyme disease is an infection caused by bacteria that are carried by deer ticks. It can cause a number of symptoms, some of which are severe. The disease affects the skin in its early stages, and spreads to the joints, nervous system and, to a lesser extent, other organ systems in its later stages. If diagnosed and treated early with antibiotics, it is almost always readily cured, and it can usually be treated effectively in its later stages. However, some patients may have symptoms that linger for months or even years following treatment. In rare instances, Lyme disease causes permanent damage.

• While on a hunting trip in November 2016, "at no time during his trip, or any point after, did Jimmy recall seeing a tick on him and never removed an embedded tick. In addition, he never saw the “bullseye rash” that sometimes accompanies a tick bite."

• Jimmy Walker began feeling sick after flying to Australia to play in the World Cup of Golf with Rickie Fowler on Nov. 24-27. "When he arrived in Australia, he felt like he was hit with a very severe bout of the flu.  His body ached, he had fatigue and in general, felt terrible."

• Jimmy Walker continued to have flare-ups throughout that winter.

• Jimmy Walker felt better upon arriving in Hawaii for the start of the 2017 golf season, but during his second week in the islands he "he was hit with another severe bout of flu-like symptoms and he even considered withdrawing from the tournament."

• A severe lack of energy hampered Jimmy Walker's golf and his home life. "Jimmy had no energy to practice, so his golf suffered.  He didn’t have energy to play with the kids or help in normal activities around the house.  Getting up to go to the golf course for his tournament rounds was the only energy he could muster and most days he felt like sitting down on the tee boxes in-between holes."

• "Brain fog" was another effect of the disease. "From difficulty to remembering simple tasks such as, leaving tickets for friends and family, to putting on a pot of water to boil and then leaving the house, he was experiencing these types of symptoms on a daily basis."

• Because Lyme disease is not common in Texas, the Walkers had to overcome some initial resistance by Jimmy's doctor to order tests for it.

* Jimmy Walker was informed that his Lyme disease test had come back positive while he and his wife were on their way to a cocktail party at Augusta National during the week of the 2017 Masters.

• Jimmy Walker experienced severe sun sensitivity after he began Doxycycline therapy. "Jimmy played one week of golf at the Players Championship and suffered second degree burns. His hands, neck and ears blistered.  He was not only not feeling well from the Lyme, but felt like his skin was on fire from the doxy." He had to stop playing golf until he finished that medicine.

• Erin Walker says her husband is feeling about 90 percent back to normal.

• "This is our personal story," Erin Walker wrote. "What works for one person with Lyme, doesn’t necessarily work for someone else. But, the biggest thing we can do is share what we are going through.  We want people to be aware that this strange and horrible disease can happen to anyone."