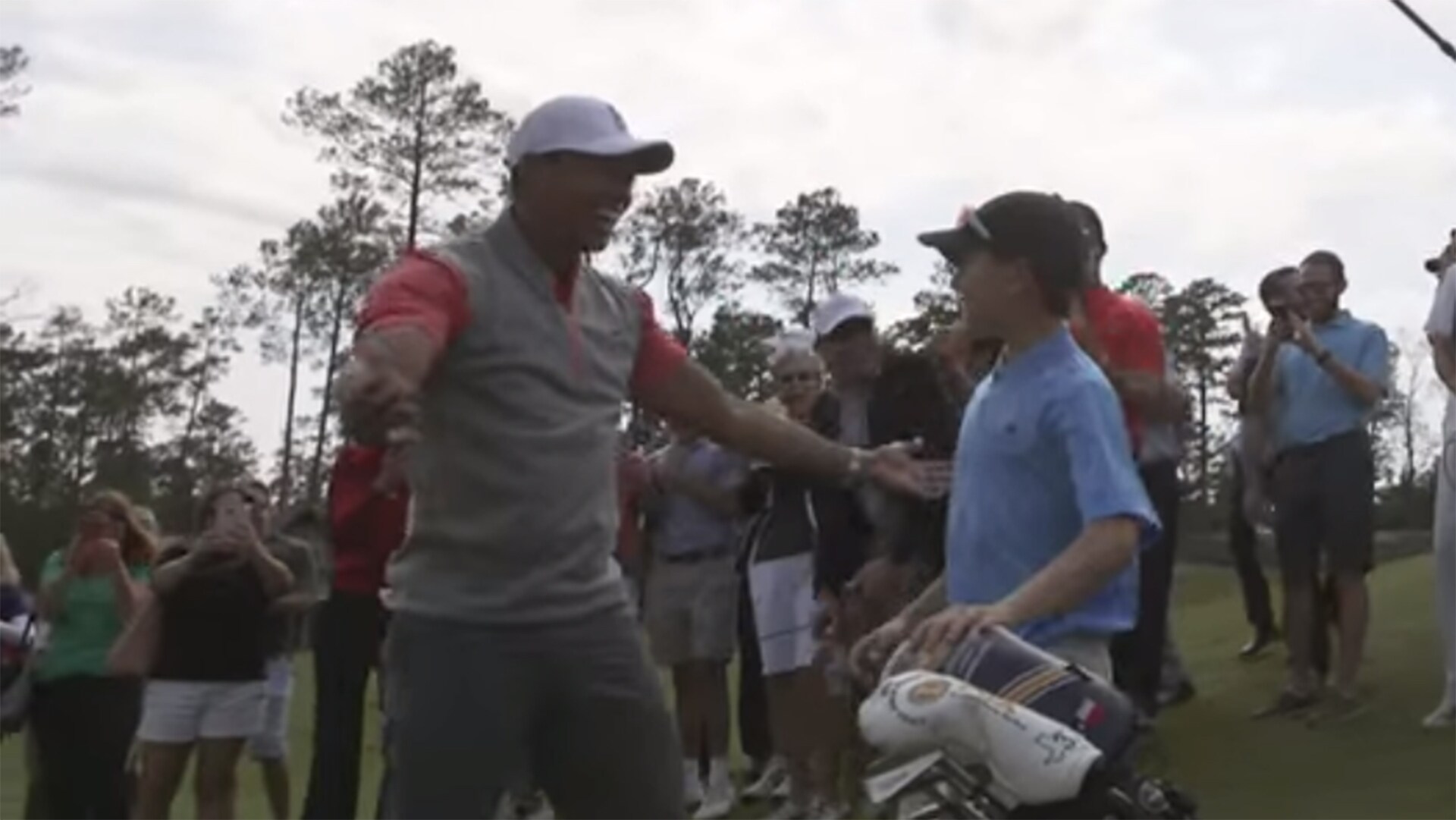 After meeting with the media Wednesday to answer questions about his health and his first U.S. course design - Bluejack National - Tiger Woods took to his newly designed short course - "The Playgrounds."

Woods was joined by select junior members of the South Texas PGA who, as you'll hear in the video below, "earned the right play here today with Mr. Woods."

One of those kids was 11-year-old Taylor Crozier, the second player on the tee, who promptly holed out from 60 yards:

After wrapping Crozier in a bear hug, Woods picked up a putter and nearly holed out himself from 180 feet. For more from Tiger's day at Bluejack, click here.