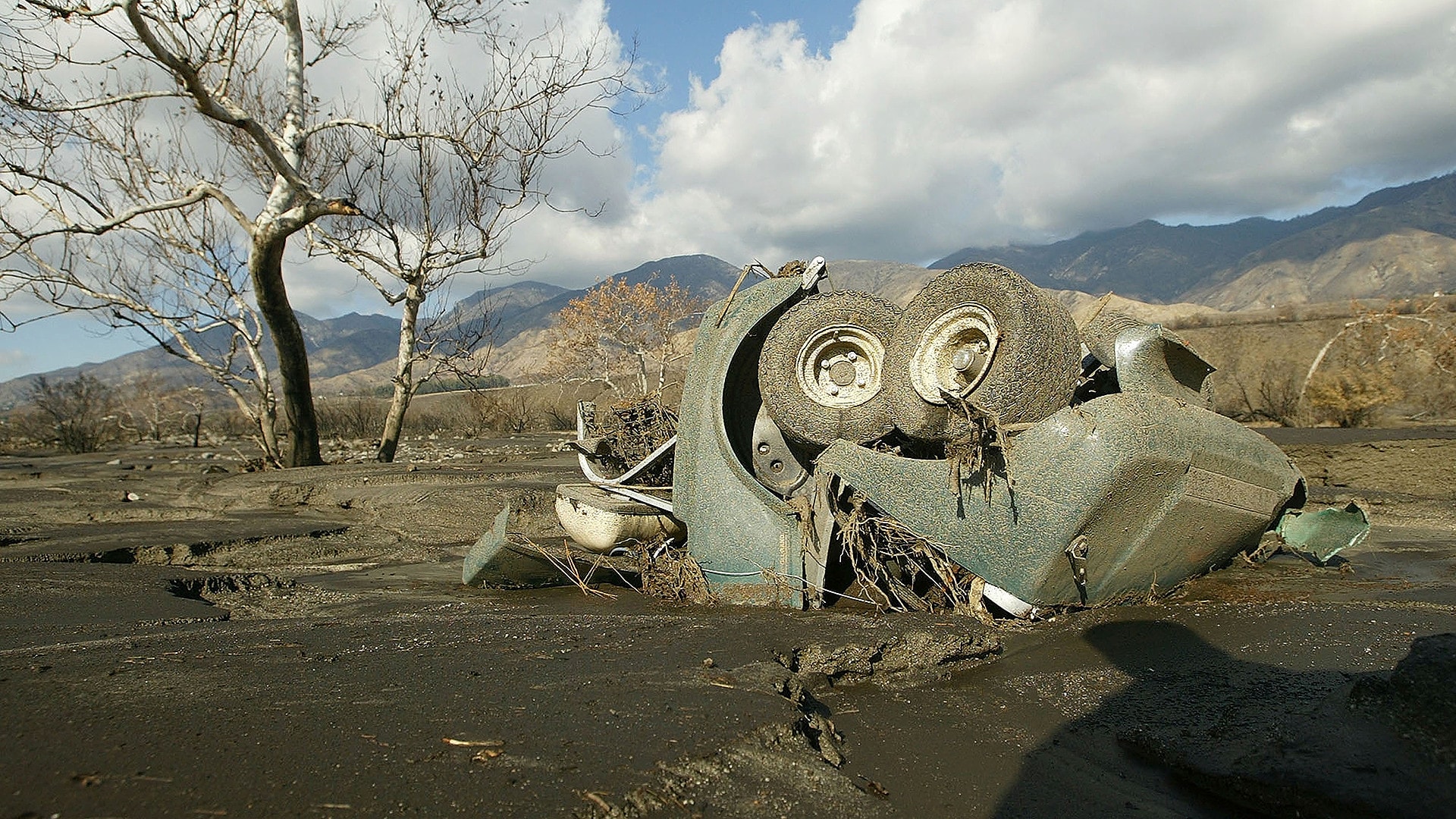 Mudslides have wreaked havoc in California, destroying houses and killing at least 17 people.

Rescue teams have been working frantically to save lives, and the video below shows the Coast Guard rescuing eight people and five dogs at a golf course in Santa Barbara.

RESCUE VIDEO: A Coast Guard helicopter evacuated eight people and five dogs from the Montecito Golf Course after the area was hit by flooding.