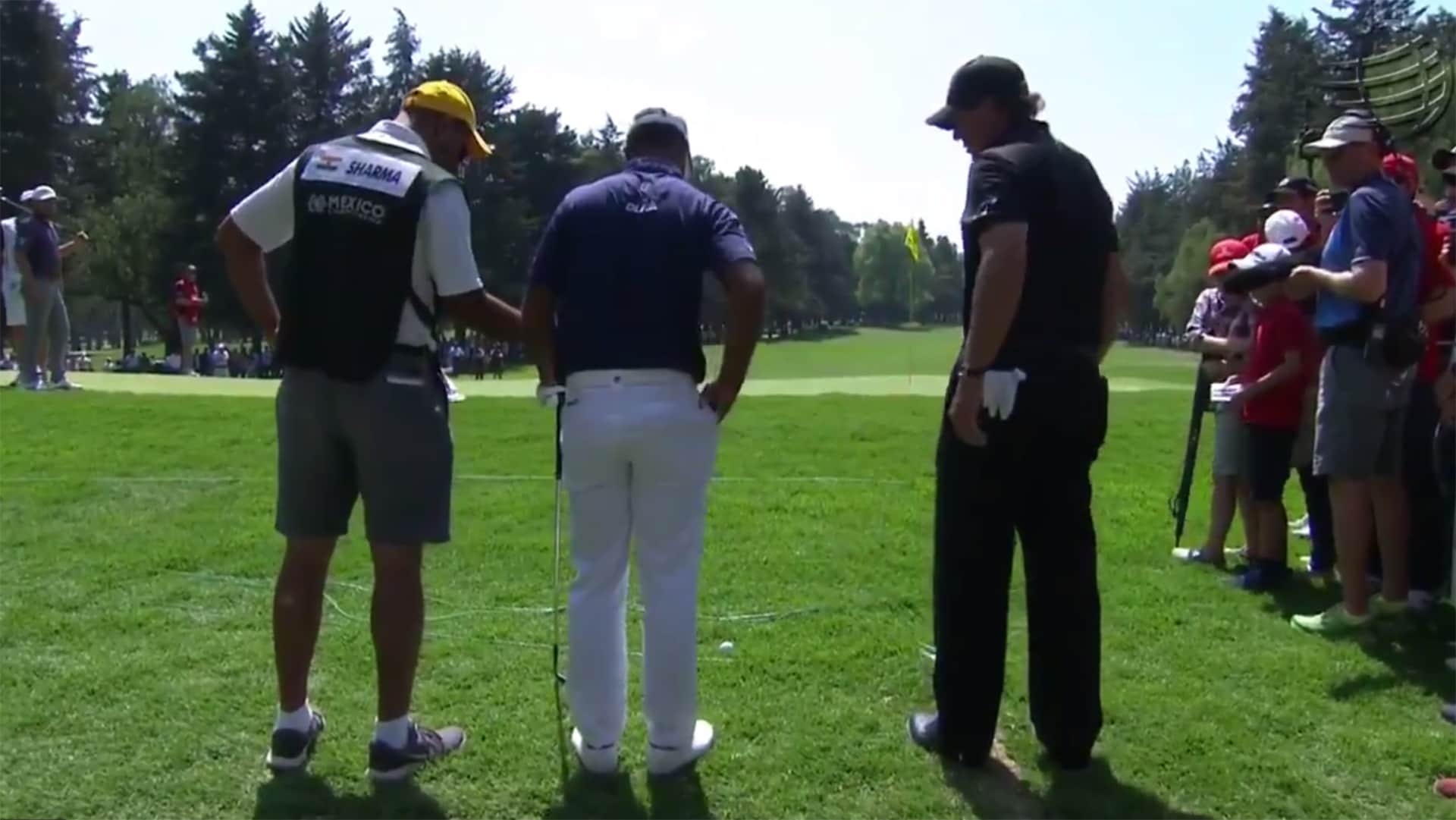 What a difference a day makes. On Saturday, Phil Mickelson mistook Shubhankar Sharma for a member of the media. But on Sunday, Mickelson was not only playing in the final group with the 21-year-old Race to Dubai leader but also giving him rules advice.

After Sharma flew the green at No. 5 and found his ball surrounded by television wires, Mickelson went from playing partner to rules official:

As close as he came to holing out, Sharma failed to save his par, missing the comeback putt.