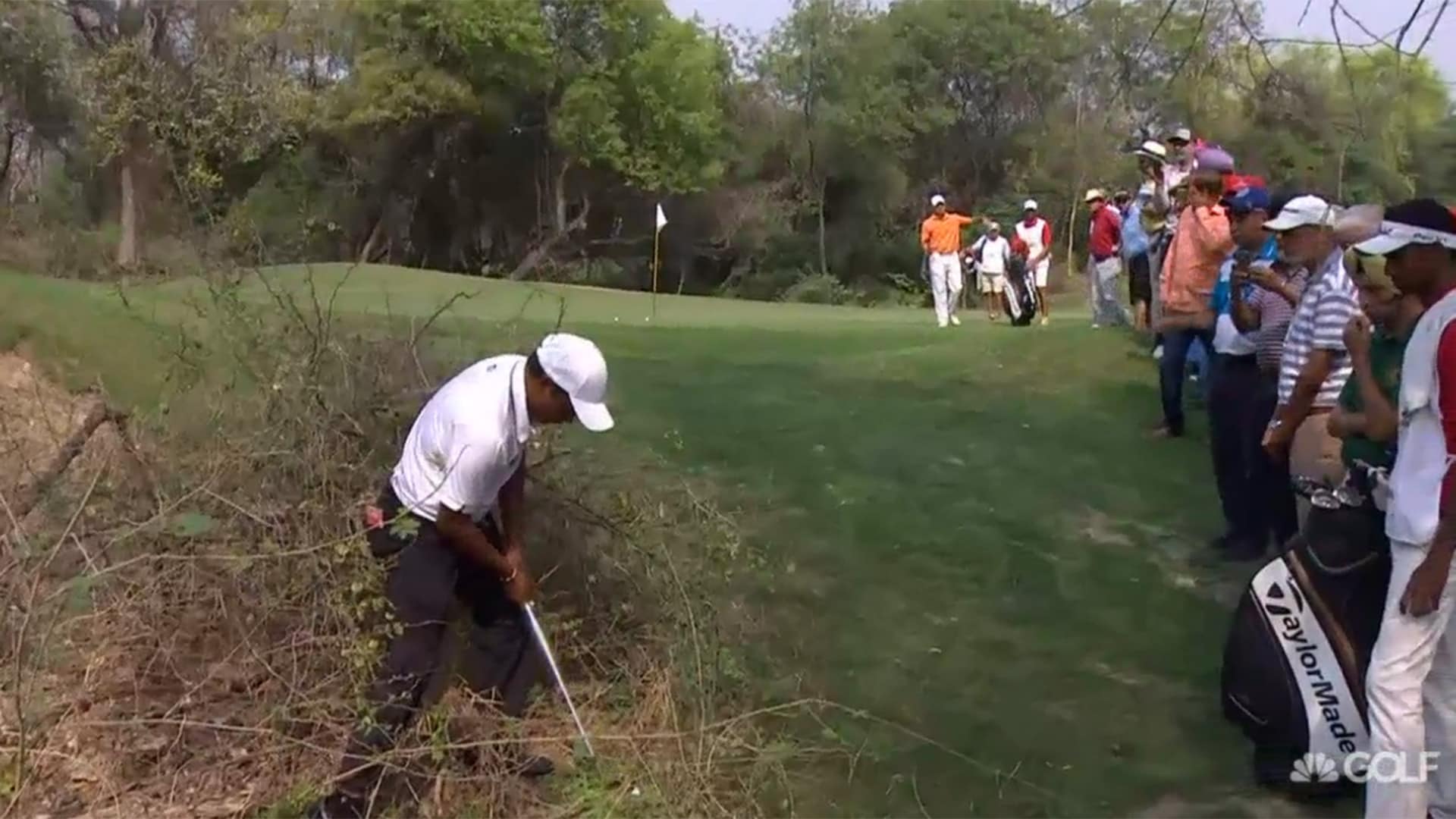 While most of us were sleeping on Sunday, S.S.P. Chawrasia won the Hero Indian Open by two strokes. Chawrasia won despite having a case of the lefts. He pulled his tee shot on the par-3 12th and looked to be in serious trouble after his ball came to rest in a bush. But then Chawrasia made an absolutely ridiculous up-and-down on his way to victory.