Watch: Crane, Jacobson both eagle at 15 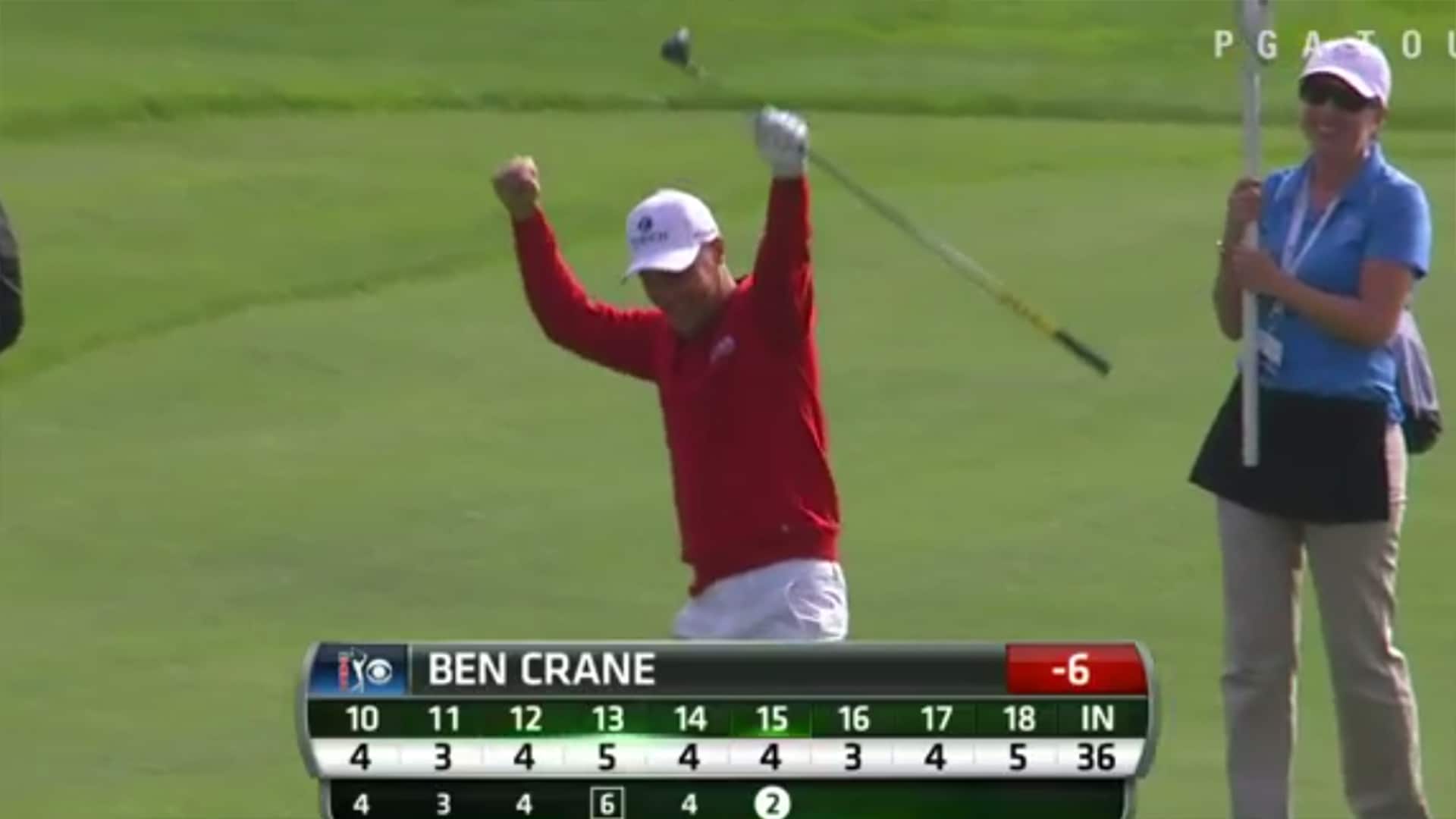 As special as Jason Gore's albatross was Saturday at Torrey Pines, Ben Crane's eagle seemed even more unlikely. Standing behind a tree in the right rough at the par-4 15th, Crane played this running approach from 198 yards that found the hole for an eagle-2:

Just minutes later in a group not far behind, Freddie Jacobson holed out from 184 for an eagle-2 of his own: