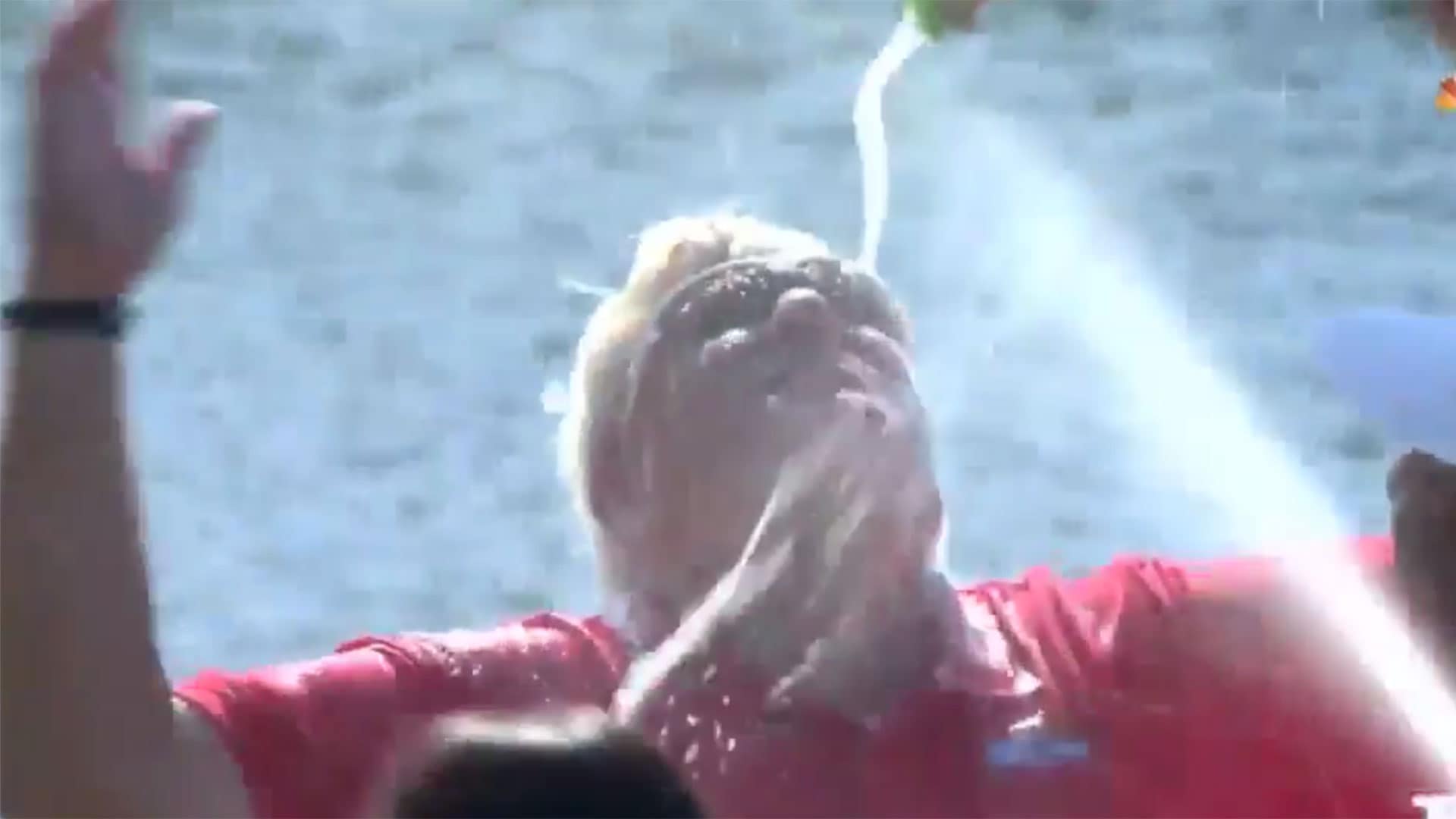 A big win for Big John.@PGA_JohnDaly wins the @InsperityInvtnl for his first victory on PGA TOUR Champions. pic.twitter.com/bxTbhQQuTn

One year after making his PGA Tour Champions debut, John Daly won his first title on the 50-and-older circuit at the Insperity Invitational. After tapping out for the victory, Daly's friends helped him celebrate his first title since 2004.