Watch: Day shanks one in Rd. 3 of The Open 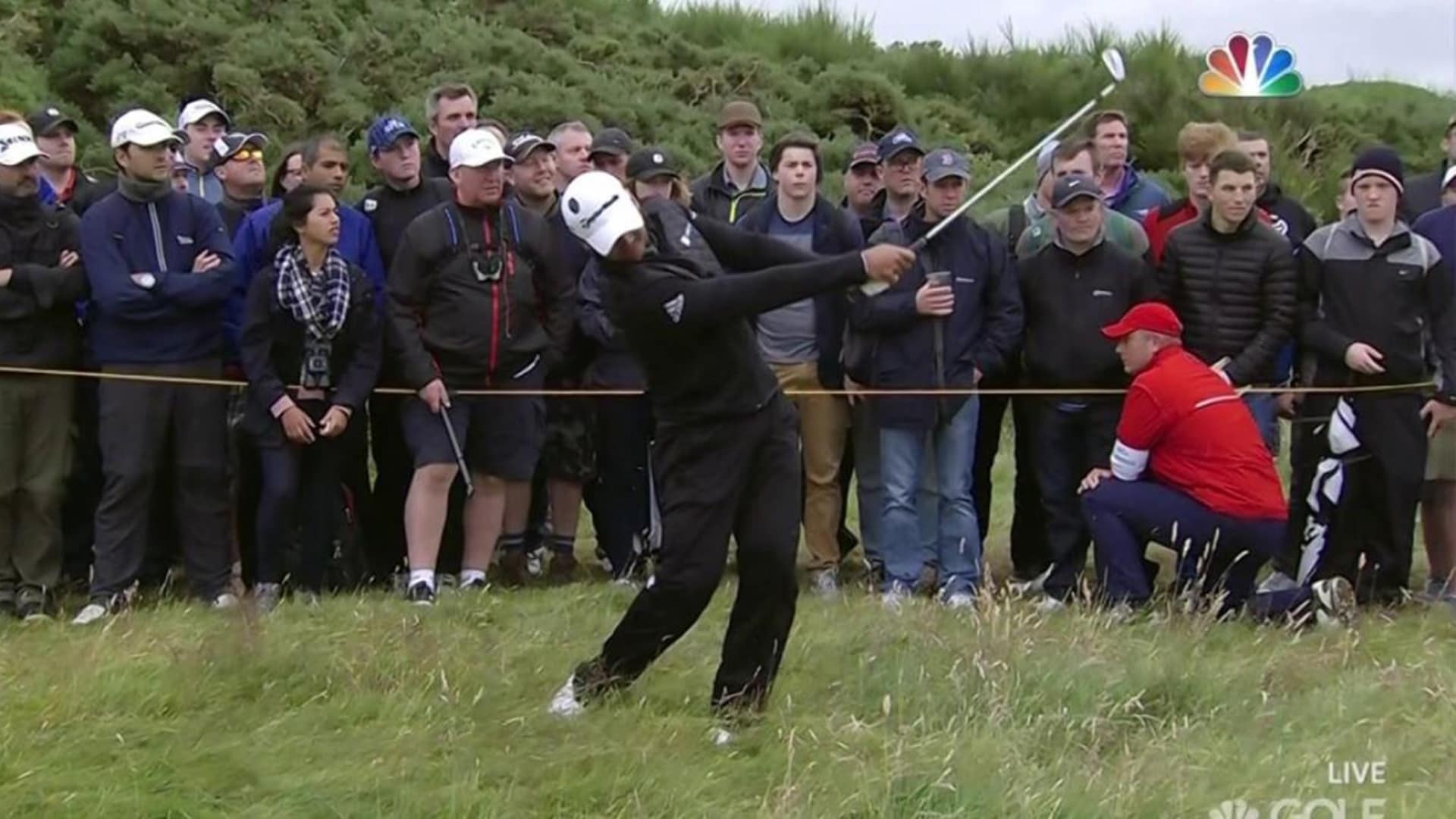 Jason Day was cruising on Saturday at The Open, making four birdies on the front nine and turning in 32. But the back nine at Royal Troon was a different story. After starting with a bogey on 10, he found the fescue on No. 12, and his approach came out a little lot right. Some would even venture to call it a stone cold shank as his ball ended up over the gallery near some concession stands.

NBC cameras do a good job of catching the moment of impact, where the world No. 1 made contact off the hosel of his club. Day eventually salvaged a bogey, but he's got a lot of work left to do if he's going to chase down the leaders.