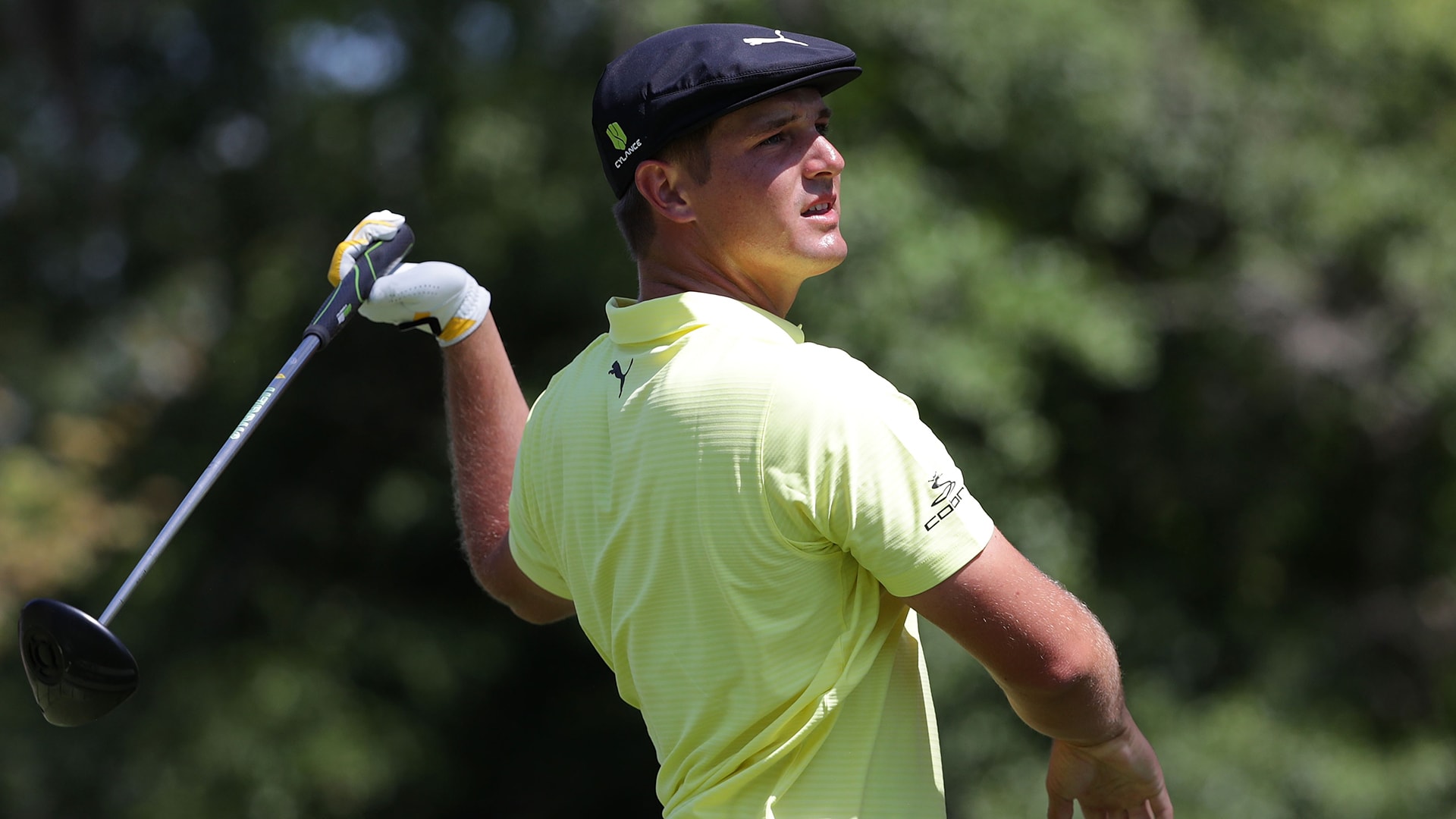 Bryson DeChambeau looked poised to separate himself from the field Saturday.

The 36-hole leader said prior to his third round that he wanted to be aggressive and attack Harbour Town. He appeared well on his way with this birdie make at the first.

Unfortunately, DeChambeau would unravel at the par-5 second, sailing his drive right, hitting a too-aggressive second shot out of bounds and later dumping a pitch into a front bunker. It was all en route to a triple bogey-8.

From up by two to trailing, Bryson DeChambeau's triple bogey on No. 2 leaves him looking up at the leaders early on Moving Day. pic.twitter.com/dK9XuDXa3A

After fighting back to even par on his round through 11 holes, DeChambeau carded two more doubles on his way into the clubhouse. He signed for a Saturday 75 that dropped him to 6 under for the week, seven behind leader Ian Poulter.