Watch: DJ holes bunker shot in battle for the lead 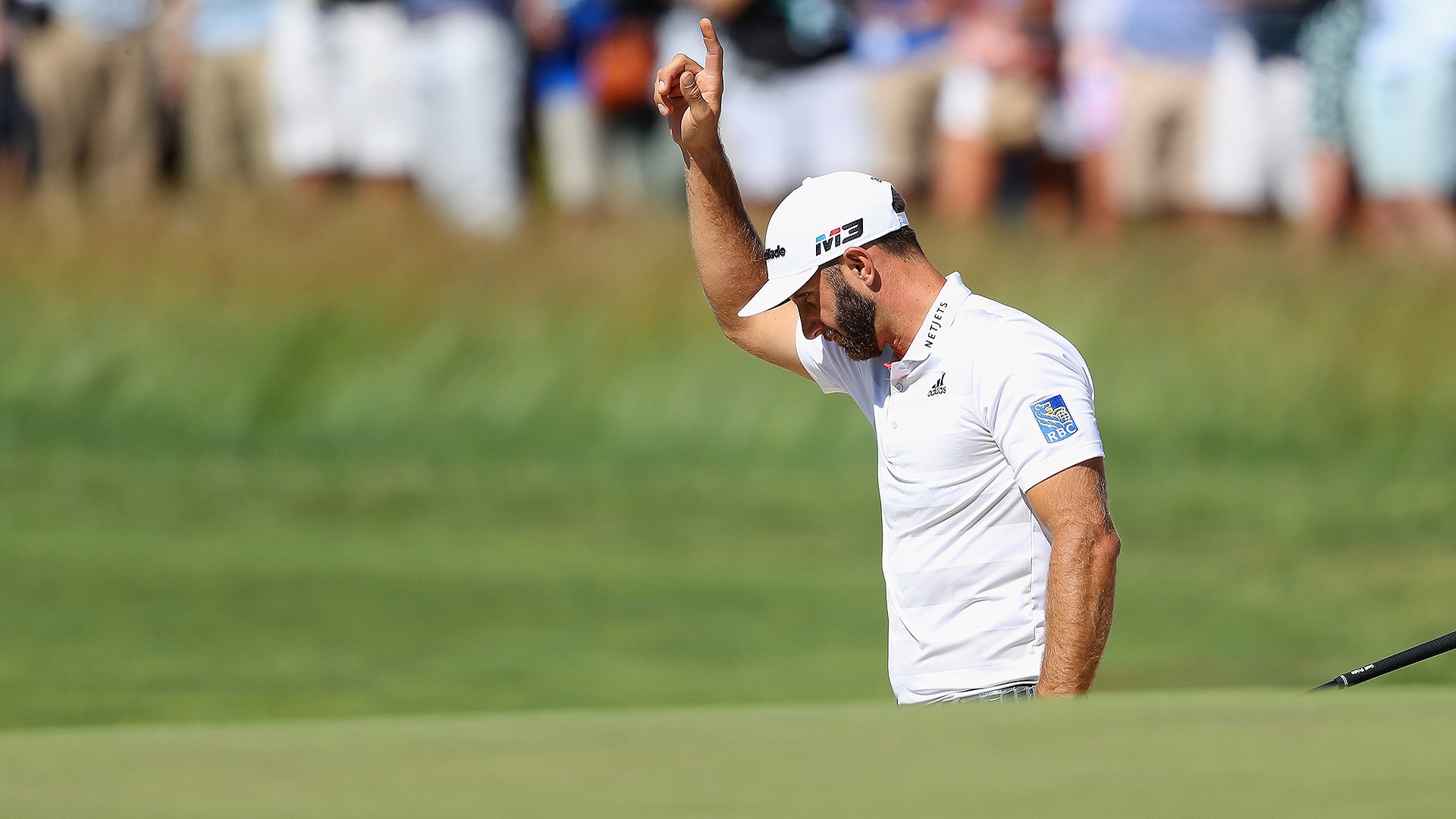 Dustin Johnson played like the world's No. 1 on Thursday at Shinnecock Hills.

Johnson, the 2016 U.S. Open champion a Oakmont, holed this bunker shot at the par-4 eighth to grab a share of the Day 1 lead, at 2 under par.

Sharing is caring! @DJohnsonPGA wanted to join @JasonDufner at the top of the leader board. #USOpen pic.twitter.com/mGGKkSRUoP

From a few other angles:

A sandy birdie for the lead!

World No. 1 Dustin Johnson with an incredible shot on the 8th hole at the 2018 #usopen. Coverage continues now on FOX. pic.twitter.com/U4Gt2oE1ee

Not a bad follow-up for a guy who holed his approach shot on the final hole of his most recent event en route to victory.

Johnson then made a 22-foot birdie putt at the par-3 11th to take sole possession of the top spot, before giving that stroke back with a bogey at the 12th.