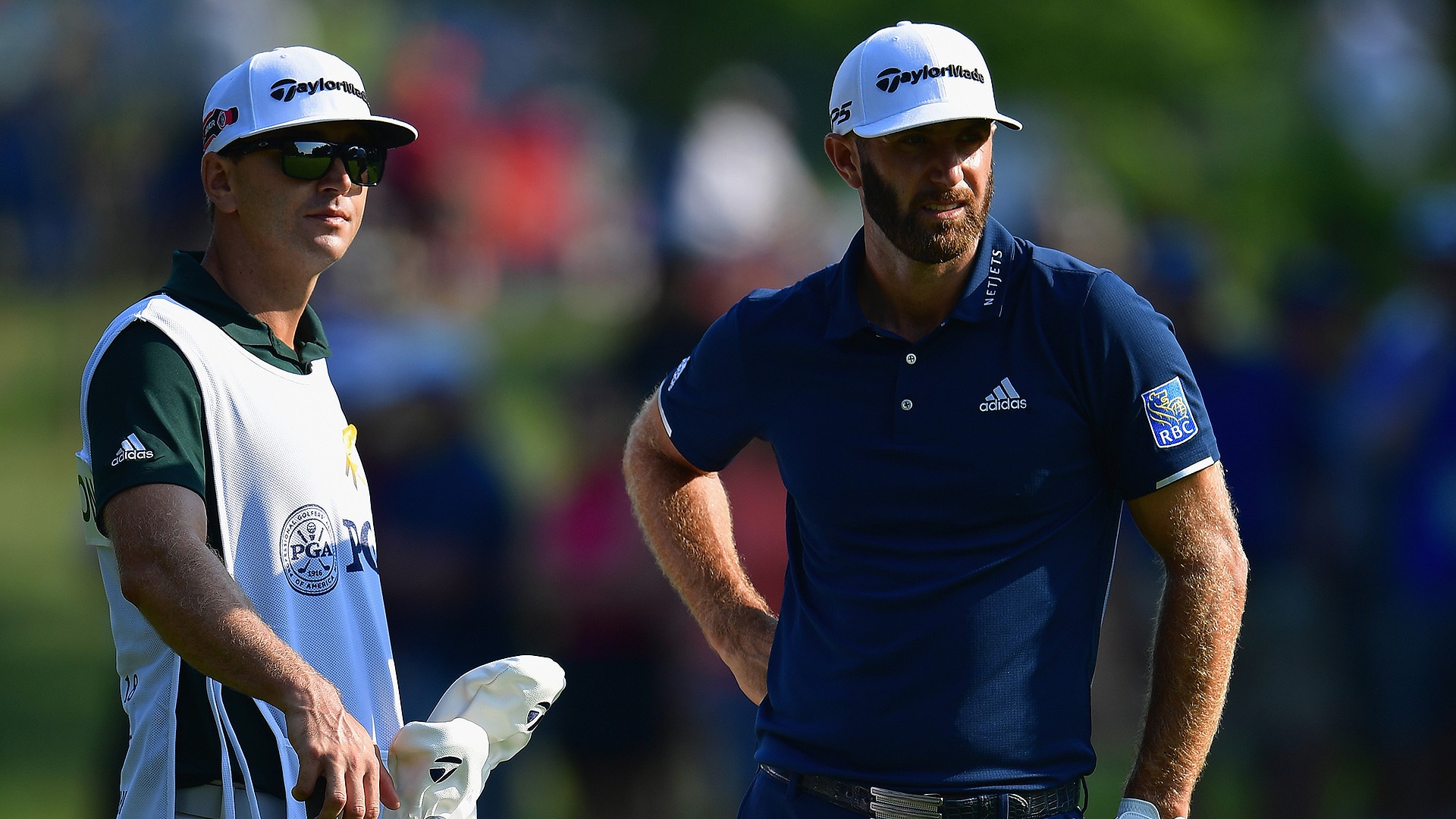 ST. LOUIS – They say nothing bothers Dustin Johnson. Hard to argue that after watching him birdie the par-3 third hole Friday at the PGA Championship.

Johnson, who began on the back nine at Bellerive, was in the process of hitting his tee shot on his 12th hole of the day when a ball flew onto the tee box and nearly hit him during his backswing.

He hit his tee shot to 11 feet and then made the putt for birdie.

You don't see this every day...

For good measure, he birdied the next hole, too. In fact, he birdied five of his final seven holes for a 4-under 66 to finish within three of the lead.

Asked about the incident after his round, DJ was typically nonchalant.

"It was a drive off No. 11," he said. "Someone blocked it out to the right and it was just happened to land like right in my downswing, so. But I made birdie, so it's all right. It's OK."

That someone happened to be Jorge Campillo, who struggled through two days and exited the golf course Friday in dead last at 12 over par.

"It went so far right and it hit some kind of rock in the base of the water," Campillo said, referencing the pond that separates the driveable par-4 11th from the third tee box. "It was the worst tee shot of the week."

Still, Johnson made birdie and Campillo went on to save his par at 11 from next to the third tee box.

"I was there on the tee in the rough, and it’s an easy shot from there, I guess," Campillo added. "It was kind of embarrassing, but at least I made a good up and down."

Nick Menta and Ryan Lavner contributed to this story.