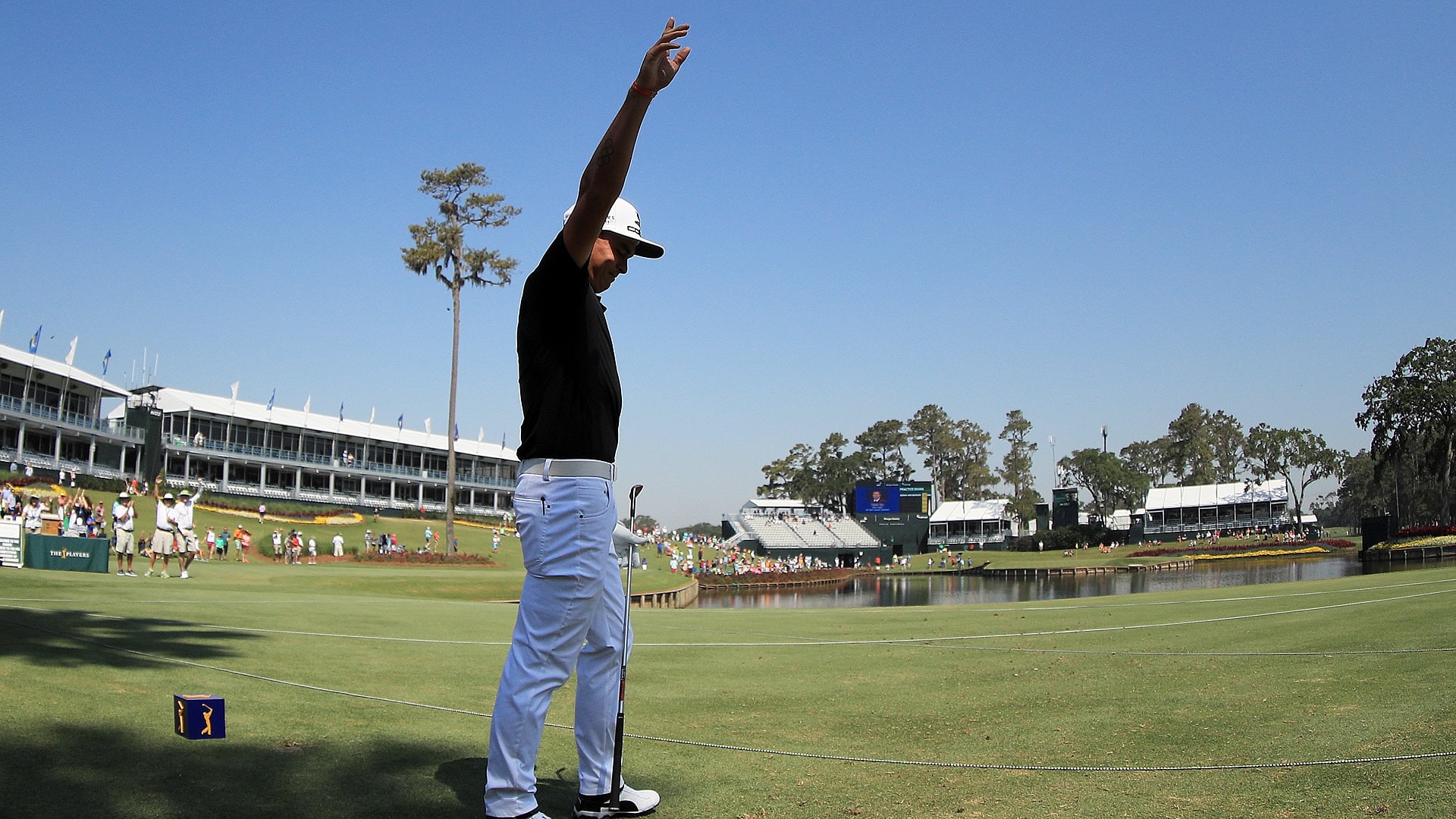 Rickie Fowler added to his impressive history at the Stadium Course's par-3 17th on Wednesday, when he made a hole-in-one during his practice round.

Fowler notably birdied the island hole three times – once in regulation and twice in a playoff – en route to winning The Players in 2015.

Hit it to a foot... lose the hole. Thanks @RickieFowler pic.twitter.com/QP0VatG6YP