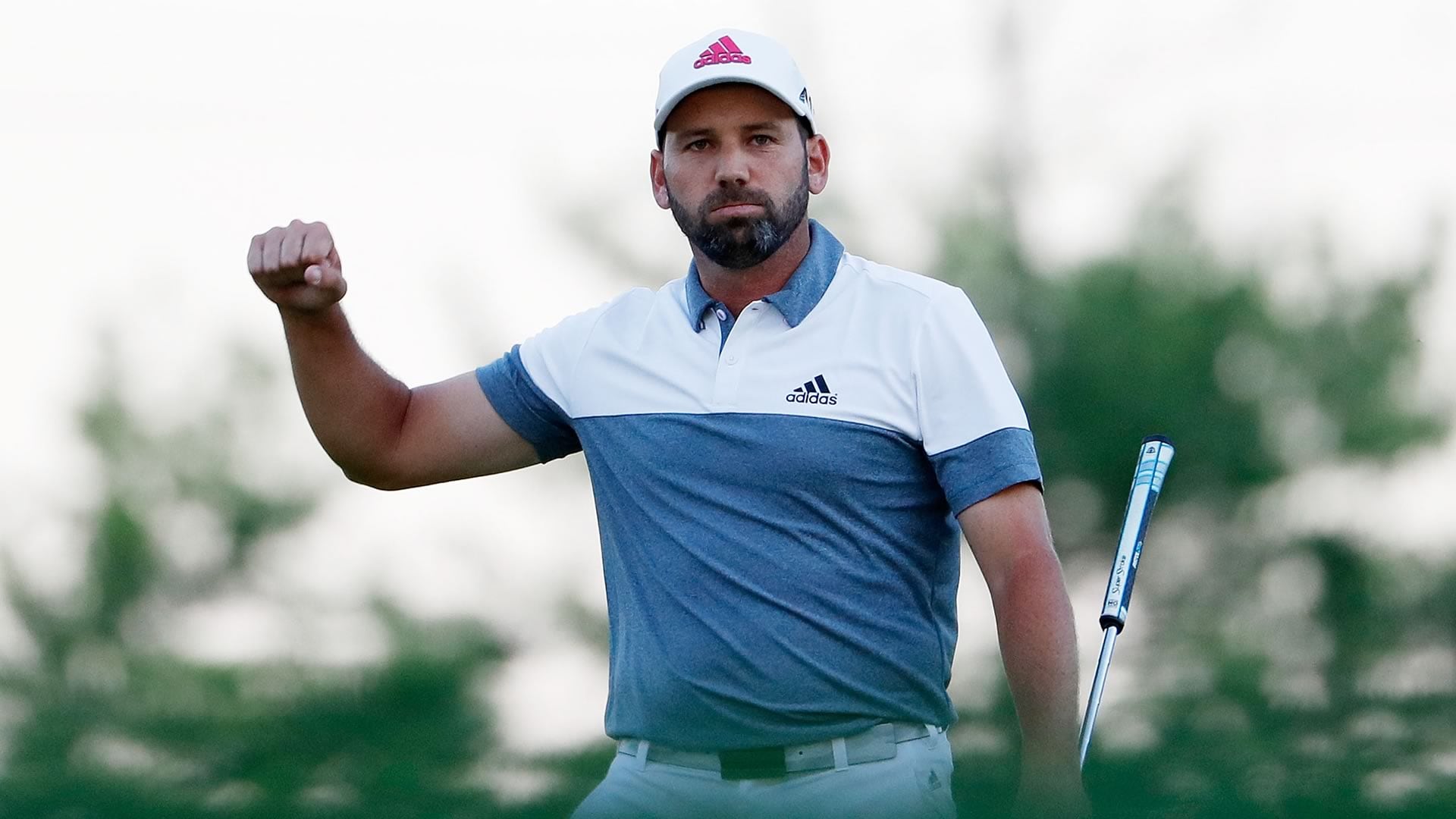 Buzzer beater. Just before the horn suspended play for the day, Sergio made a looooong par save on No. 9. #USOpen https://t.co/jEYnJ4hhrb

Sergio Garcia nailed a 50-foot par putt on his 36th and final hole, the par-4 ninth, Friday at Oakmont Country Club, doing so just before play was called for the day.

Garcia's save gave him an even-par 70 in the second round and kept him at 2 under for the event. He's two off the current lead.

Play was suspended Friday night, moment after Garcia made his putt, because of darkness.