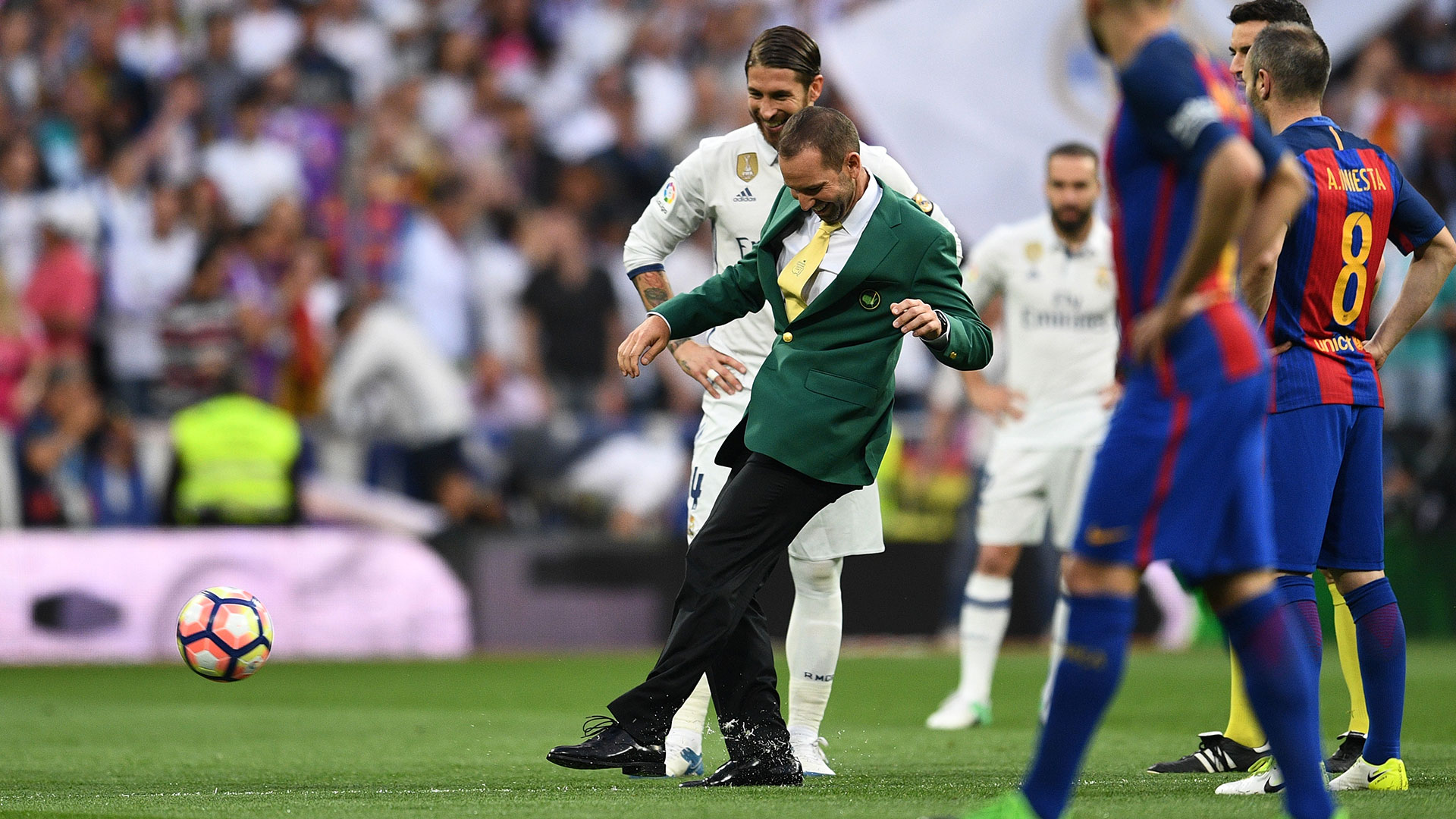 A day after reportedly attending Rory McIlroy's wedding in Ireland, Sergio Garcia kicked off the El Clasico match between Real Madrid and Barcelona.

Garcia is a huge Real Madrid fan, and according to ESPN the Masters champ got the invite thanks to a deal he made with the president of the Madrid football club.

“Florentino Perez promised me I could do it many years ago, that when I won a major he would let me take the kick-off, and now it has coincided with a Clasico,” Garcia said. “Couldn’t be anything better. I’ll have to be careful and breathe slowly so I make good contact with my foot!”

Good news, he did, even while wearing the green jacket. The bad news for Garcia? Messi led Barcelona to a 3-2 win over Real Madrid.